Opinion | I value life, but also a woman’s right to choose | Guest Columns 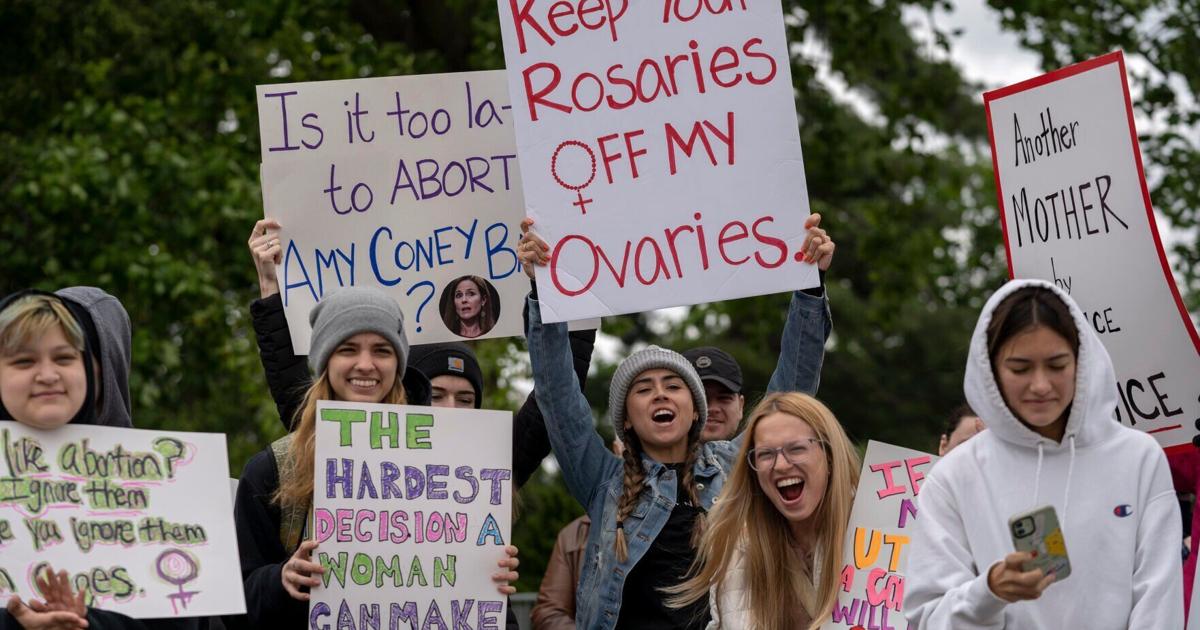 Since I was 10 and revived my first dying lamb in our farmhouse basement, sustaining and nurturing life has been my passion. Twelve years in a Franciscan convent deepened my desire to live treasuring life. In 1975 in an effort to save lives, I went to Nicaragua to give more than 1,000 immunizations. Ten years later, while bringing medical supplies back to an orphanage in that country, a toddler ran after me saying “Mama.”

Inspired by that one word, my husband and I adopted a child who had almost died of starvation. When I picked our daughter up at the orphanage another child, Angelica, wailed, “Don’t take her. Take me.” Though 35 years have passed, I still feel “Angel” pulling at my legs and heartstrings. I am fueled to work for women’s rights because of “Angel’s” echo and our daughter’s birth mother’s ultimate sacrifice by giving Rosa up to save her daughter’s life.

I’ve toiled to make available nutritional food, safe housing, equal pay for equal work, nurturing child care, affordable quality education, safety for abused women, prison reform, access to the whole range of medical health services and a country without racism. For any woman who is expecting a life for which she feels she cannot provide, I explain the open adoption option.

All this said, I support a woman whose conscience decides for abortion. It is not my place to intervene with a woman’s relationship with God. Perhaps she believes God would not want her to bring a life into the world to suffer the way she is suffering from the lack of access to basic needs. Perhaps she believes a loving God wants to take the soul of her child and place it in a body that can thrive.

Perhaps she is overwhelmed watching polar caps melt, while rule-makers shred laws that protect air, water and land. Perhaps she is heartbroken to see the plight of more than 82 million refugees. Perhaps she feels called to give her energies responding with truth-filled love to these planetary realities. Perhaps her loving life source is asking her to pour out her life developing her gifts and using them to fully support the children she already has.

I don’t know what the influences are on a woman’s full range of spirituality and thinking, but I believe I do not have the right to force a woman to go against her conscience. Abortion may not be the choice I think I’d make, but her decision is not mine to usurp.

Each judge has vowed to defend the Constitution. It is time for justices to keep that vow and ensure protection of the right to privacy promised by the 14th Amendment. It is time to underscore the right of each woman to consult her inner compass and doctor and make the hardest decision anyone can make. It is not time for the state to impose its prevailing religious beliefs on women’s bodies and rob them of the fundamental core of personhood.

Dona Palmer is a writer and retired teacher.

Share your opinion on this topic by sending a letter to the editor to tctvoice@madison.com. Include your full name, hometown and phone number. Your name and town will be published. The phone number is for verification purposes only. Please keep your letter to 250 words or less.