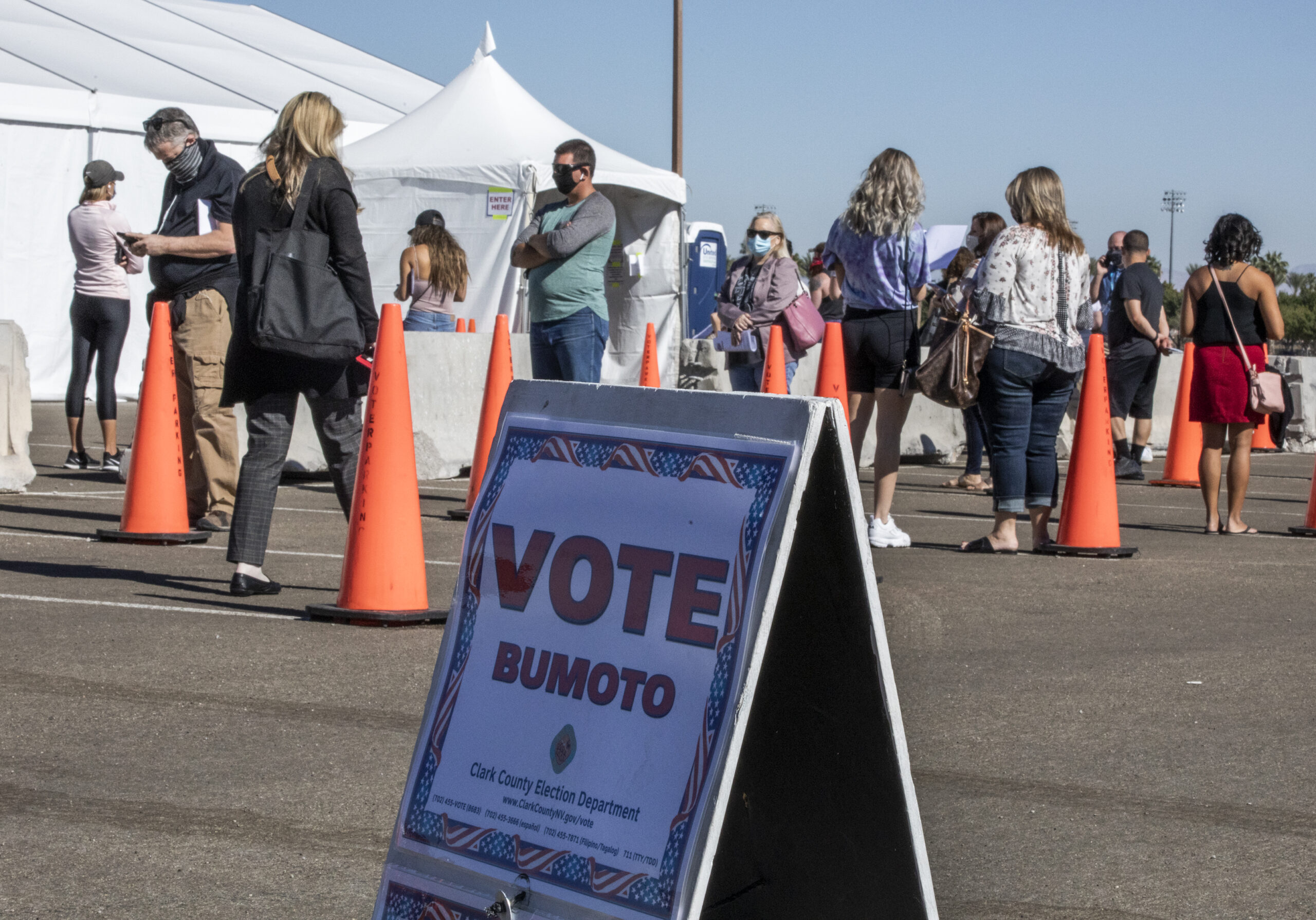 Backers of a proposed ballot question aiming to overhaul Nevada’s election system by establishing open primaries and a ranked-choice general election announced a sizable fundraising total of more than $2 million in the year’s first three months.

The announcement, arriving on the Friday deadline to submit campaign finance reports for the first quarter of 2022, follows a legal challenge to the “Better Voting Nevada” initiative. Ultimately, a district court judge ruled that the changes the measure proposes to both primary and general elections do not violate the single-subject rule for ballot initiatives. The ruling is being appealed to the state Supreme Court.

Amounting to almost $2.3 million, the funds represent a significant investment in an initiative largely aimed at giving Nevada’s growing nonpartisan voters — who make up more than 28.5 percent of registered voters — a greater voice in the election process.

The in-state group backing the initiative — Nevada Voters First — told The Nevada Independent that it has collected more than 90,000 signatures to qualify the measure for the ballot, and is “well on its way to far surpassing” the approximately 140,000 needed to make it on the ballot.

“The lack of inclusivity and representation in Nevada’s current election system emphasizes how outdated the process truly is, demonstrating the major need for change throughout the state,” Goins said in a statement.

The initiative is backed by the Institute for Political Innovation, a nonprofit founded last year by Katherine M. Gehl, an author, philanthropist and former CEO of a Wisconsin-based high-tech food-manufacturing company. Gehl, a Chicago resident, also contributed more than $1 million to the ballot question, along with a half million-dollar contribution from Final Five Fund Inc., which is based in Chicago and headed by Gehl.

The Nevada Association of Realtors and the Clark County Education Association (through a political action committee called Strategic Horizons) each donated $250,000 to the effort.

Several other Nevada-based organizations and individuals contributed to the PAC, including the Laborers Local 872 ($25,000), Station Casinos ($25,000), former Wynn Resorts CEO Matt Maddox ($5,000 each from him and his wife, Katherine Maddox), Nevada Franchised Auto Dealers ($5,000) and longtime gaming executive Phil Satre ($5,000 each from him and his wife, Jennifer Satre).

It also received $100,000 from United America, Inc., a centrist organization that has backed ranked-choice voting efforts in other states. Gehl is a board member of the organization. Another $100,000 contribution came from LinkedIn co-founder Reid Hoffman — who is an advisory board member of Gehl’s Institute for Political Innovation and donor to her political efforts.

At the end of the first quarter, the initiative reported almost $900,000 in expenditures. Most of the funding went to consultants, including Advanced Micro Targeting, a political consulting firm that offers signature gathering, get-out-the-vote and voter outreach services.

The initiative aims to amend the Nevada Constitution and require that most partisan elections in Nevada move to a ranked-choice voting system. The proposal excludes the presidential election but includes U.S. Senate and congressional races, legislative elections and statewide office positions.

If approved, primary elections in the state would open up to all voters regardless of party registration, with the top five vote-getters advancing to the general election. Rather than just selecting a lone candidate, voters in the general election would be able to rank candidates by order of preference.

Under the initiative, were a candidate to win an outright majority of votes (more than 50 percent), they would be elected to the office. If not, the candidate with the fewest first-preference votes would be eliminated, with their “votes” redistributed based on the second preference of those individual ballots. The process would continue until only two candidates remained or when one candidate achieved a majority of votes.

Voters would be allowed to mark up to five preferences among candidates but could also choose to rank one candidate or any number under five. Votes for “none of these candidates” would be required to be calculated, reported and made public but would “not be counted to elect or rank any candidates for partisan office.”

Initiative backers must gather signatures that equal at least 10 percent of the total number of voters who cast ballots during the general election to qualify for the ballot. Because it would amend the Constitution, it will need to be approved by voters in 2022 and 2024 to go into effect.

The next filing deadline for contributions and expenses is July 15 (after the state’s June primary), when campaigns need to report their fundraising and spending totals between April 1 and the end of June.