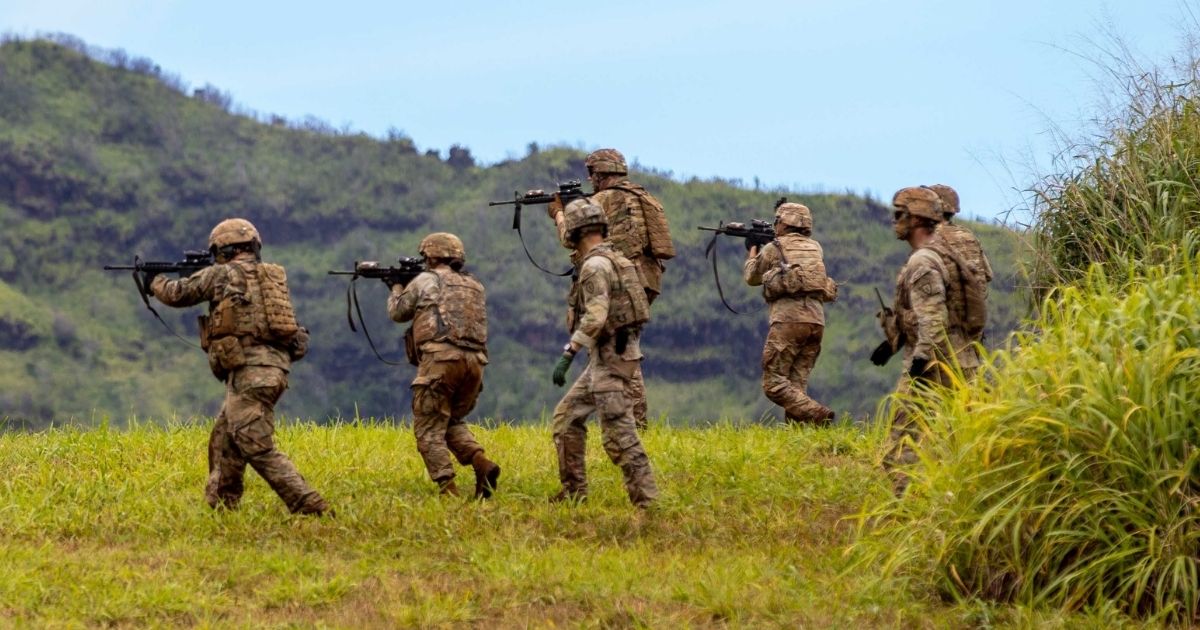 Creating state guards to defend the Constitution and fight back against the Deep State may be necessary to defend American freedom.

At this moment in American history, there is no more important battle than to preserve the Second Amendment, increase state sovereignty under the Tenth Amendment and oppose tyranny by the federal government.

A systematic assault on the Bill of Rights is now underway, including the First Amendment’s protection of free speech, the Fourth Amendment’s prohibition of illegal search and seizure, and the Fifth Amendment’s guarantee of due process under the law.

State Guards, also known as State Defense Forces, which are distinct from a state’s National Guard and operate under the sole authority of a state government, can provide a legal and effective remedy to the violation of our constitutional rights.

Such military units are, in fact, authorized by federal statute under Title 32 of the U.S. Code:

Sec. 109.  Maintenance of other troops

(C)  In addition to its National Guard, if any, a State, the Commonwealth of Puerto Rico, the District of Columbia, Guam, or the Virgin Islands may, as provided by its laws, organize and maintain defense forces.  A defense force established under this section may be used within the jurisdiction concerned, as its chief executive considers necessary, but it may not be called, ordered, or drafted into the armed forces.

At the present time, only 22 of the 50 states have active State Guards, while Montana, Nevada, North Dakota, West Virginia, and Wyoming have never established one.

In recent years, a number of prudent officials have spearheaded efforts to reactivate State Guards, which have been previously established but have become inactive.

In December 2021, for example, Florida Governor Ron DeSantis announced plans to rejuvenate the Florida State Guard as a 200-person volunteer force that would act independently of the federal government to maintain security and respond to natural or man-made disasters.

There is overwhelming enthusiasm to re-establish our constitutional republic.

What the effort lacks is structure, organization and a generic course of action around which patriots can rally, one that cuts across regional differences and avoids dead-end, narrowly-focused approaches.

The following is a high-level, generic structure and mission of a State Guard. The Second Amendment is our last line of defense against absolute tyranny:

“A well-regulated Militia, being necessary to the security of a free State, the right of the people to keep and bear Arms, shall not be infringed.”

The Second Amendment is specifically written to prevent unconstitutional intrusions by the U.S. government.

The 1878 Posse Comitatus Act, which reaffirmed the intent of the Second Amendment by specifically limiting the federal government’s use of the U.S. military to enforce domestic policies, is another law the rogue Biden regime may attempt to violate.

Firearm training and qualification are fundamental components of a State Guard’s mission, thereby buttressing an individual’s and a community’s ability to defend themselves against criminality originating from either hoodlums or government officials.

The core unit of a State Guard would be County Civil Support Teams trained in military defense operations and having skills necessary to assist in the response to natural or man-made disasters, both in coordination with and under the guidance of constitutional sheriffs.

Any law-abiding adult physically capable of performing an assigned task within the mission of a State Guard would be eligible to participate.

Thus, State Guards offer patriotic Americans both useful training and an opportunity to defend and serve their communities.

Lawrence Sellin, Ph.D. is retired U.S. Army Reserve colonel and a veteran of Afghanistan and Iraq. He had a civilian career in international business and medical research. Dr. Sellin is the author of Restoring the Republic: Arguments for a Second American Revolution. His email address is [email protected].