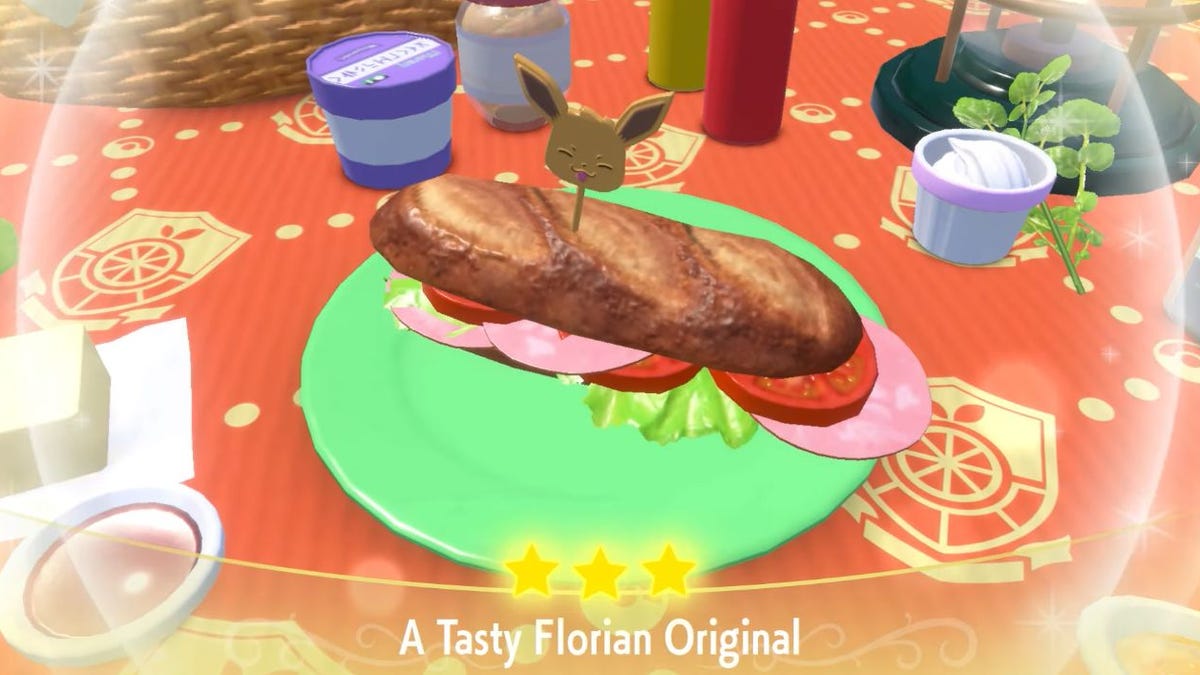 At first glance, the news revealed in today’s Pokémon Scarlet and Violet trailer seemed just lovely: You can now have a picnic with your Pokémon! But then, it turned out, everything is wrong there. Because unless the Pokémon world has been hiding pigs from us, these people are eating the Lechonks…and maybe even their eggs.

There has been discussion over whether a Pokémon is edible ever since there have been Pokémon. Given that in the games’ universe there doesn’t appear to be any other form of animal beyond the clearly self-aware pocket monsters, some observers have desperately tried to suggest some sort of vegan idyll in which all exist on a plant-based diet. But that theory never really held up in a game featuring such meaty-looking curries, and it took another hefty blow in today’s ham-riddled trailer.

“And now it’s picnic time!” says the trailer, with a brightness that doesn’t suggest the Pokédeath that’s about to be revealed. After the distraction of giving a booger Pokémon a bath comes the moment when you realize just how sarcastic the narrator is being, with her faux-jovial tone.

“You can just tell how much fun they’re having!” she proclaims, as the collection of furious-faced creatures stand stock-still and stare dead-eyed at their trainer.

Then our trainer walks over to the picnic table, where a picnic basket sits, ready to prepare their lunch. “Oh wow!” says the cruel and disturbed woman, “Could this be a Pokémon egg?” Then she adds, like it’s no thing, “Apparently, eggs can sometimes be found during picnics.”

Oh my goodness, there’s so much to unpack here. Yes, eggs can very regularly be found during picnics. Usually deviled, or hard-boiled, or perhaps mushed up with mayo in an egg salad sandwich. But not, you know, fertilized.

Maybe your experience has been different, but if I went to get my sarnies out from the hamper, and found a goose had deposited its chicks in there, I’d be somewhat disturbed. Even more so if it were a Sableye or Nosepass. My reaction wouldn’t be, “Oh look, how lovely!” It would be, “Which one of you dirty creatures just laid an egg on our lunch?!”

Then, the trailer doesn’t go into explaining how you could hatch that egg to raise a new ‘mon, no no no. It literally smash-cuts to a picnic table with a sliced baguette, waiting to be filled with delicious fillings. Pokémon egg fillings? If half a film studies degree tells me anything, this Eisenstein style of montage editing couldn’t suggest anything else. But it’s about to get so much worse.

“And now, the moment you’ve been waiting for! Sandwich time!”

There it is. “Ham.” Unambiguously presented. Have you ever seen a pig in a Pokémon game? (As my vaudevillian grandmother used to sing.) Exactly. And did they not just recently announce a brand new Paldean Pokémon called Lechonk? Described by The Pokémon Company itself as a “Hog Pokémon.”

Let us not forget, this is a Pokémon we greeted here on Kotaku with the headline, “Pokémon Scarlet And Violet’s Crying Lechonk Would Be Great On A Sandwich.” Were they reading? Did we cause this?

Given the absolute certainty with which we now believe that this game is actively encouraging us to butcher our Pokémon and then feed them to each other, I don’t think there can be any doubt at all that the bread for these lunchtime snacks is baked Fidough.