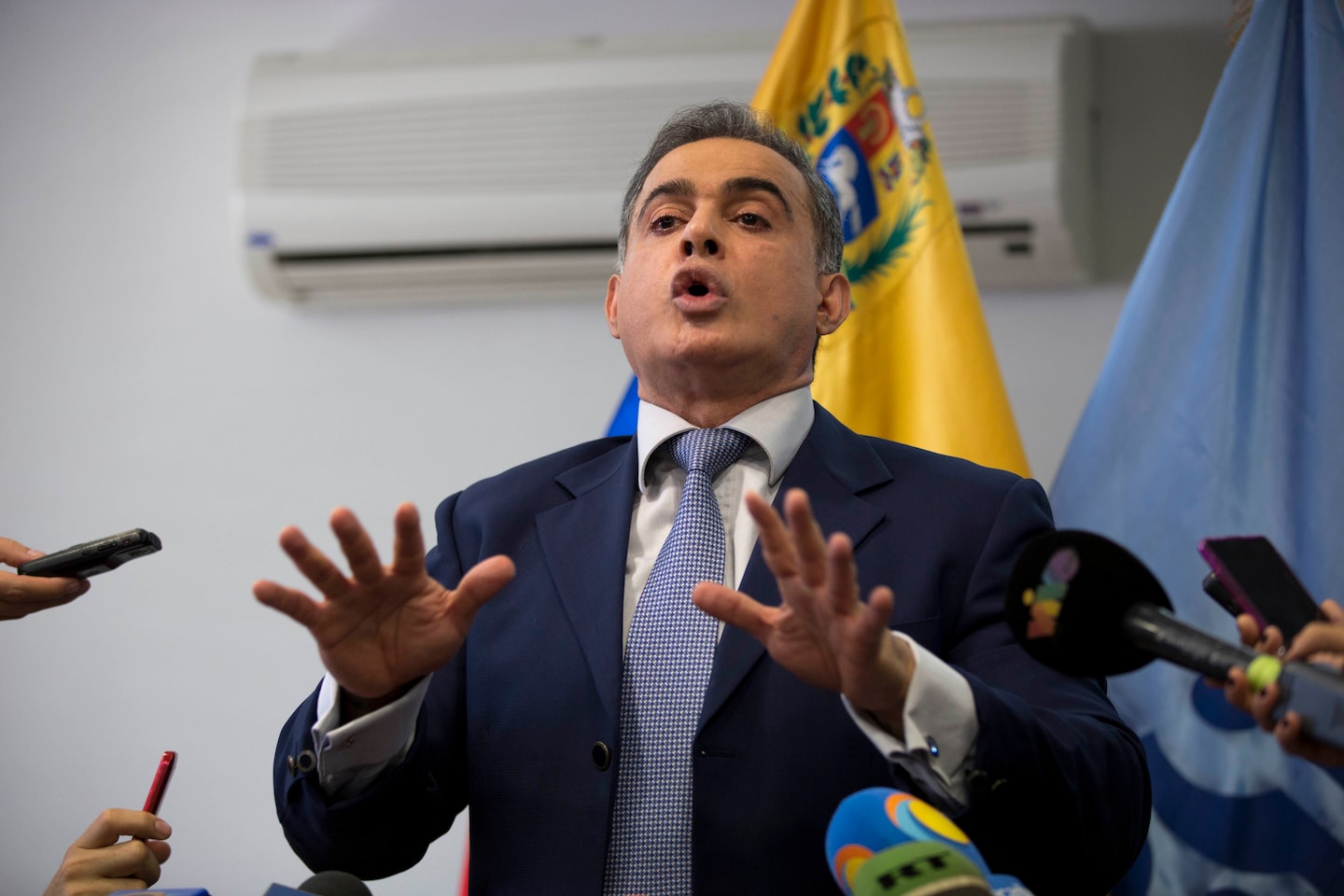 With her hair pulled up with a red bandanna, a 72-year-old woman carefully shapes round blobs of dough while making arepas, a Venezuelan food staple typically stuffed with cheese, meat, avocado and beans.

The nicknames Olga Mata de Gil gave her arepas were the punchlines in her TikTok video — and would eventually leave her charged with “inciting hatred,” a crime related to terrorism in Venezuela, according to her arrest warrant.

Throughout the 21-second clip — that has since been deleted from Mata de Gil’s account — a woman asks her what arepas are available. Mata de Gil responds by naming the fillings after Venezuelan politicians, in jokes laced with dark humor that underscore the frustration citizens feel with the increasingly authoritarian government there.

First, she says the “Tarek William Saab,” named after the country’s attorney general, is filled with huevo, a word that literally means egg but that is also used to refer to male genitalia — alluding to the scandal in which Saab allegedly fired his deputy after she claimed she found him having sex with men in his office. Saab has denied the claims.

In a play on words, Mata de Gil said the arepa named after Venezuela’s former president Hugo Chávez, who died in 2013, is filled with mortadella — which sounds like muerto, the Spanish word for dead.

The one referring to Diosdado Cabello, the country’s former vice president and member of the National Assembly, is stuffed with perico, which literally translates to parakeet but also refers to scrambled eggs. Perico is also slang for cocaine — hinting at Cabello’s alleged involvement with drug-trafficking organizations. Cabello is wanted by the U.S. Department of State and has a federal indictment on drug-related charges.

But the part that sparked the charge against Mata de Gil was her closing line. She says the arepa inspired by first lady Cilia Flores is a viuda — or a widow arepa, one without stuffing.

“But she’s not a widow yet,” the woman filming the video says. To which Mata de Gil shrugs, finally responding: “Well, but that’s what we all wish for.”

In a tweet announcing the arrest, Saab accused Mata de Gil of “inciting the assassination of public figures.” He also announced her son, Florencio Gil, had been arrested on April 13 and faced the same charge. It is not clear what Florencio’s role in the video was.

The TikTok video quickly went viral in Venezuela, which remains mired in a deep political, economic and humanitarian crisis. The charges against Mata de Gil have given rise to a national outcry against censorship in the country.

In recent years, President Nicolás Maduro has tightened his grip over the nation’s institutions and lashed out against free speech.

Confused about the crisis in Venezuela? Here’s a primer.

In 2017, Maduro’s government — which is not recognized as legitimate by the United States and a slew of other countries — instituted the Law Against Hatred, forbidding the promotion of “fascism, hatred, and intolerance.” Under the law, publishing “messages of intolerance and hatred” carries prison sentences of up to 20 years.

In theory, the law is meant to combat intolerance. But in practice, it is a different story, said Carlos F. Lusverti, a professor and researcher at Universidad Católica Andrés Bello’s Center for Human Rights in Venezuela.

“The problem is that the law in general and this offense in particular is designed to silence critical opinion and has been used expressly against satirical or humorous expressions,” Lusverti told The Washington Post. “That law constitutes a mechanism that promotes self-censorship and, as denounced at the time, is used against dissidents and not against even more serious expressions coming from public officials themselves.”

Back in 2018, he said, a group of firefighters posted a video comparing Maduro to a donkey — in essence, calling him dumb. Like Mata de Gil, they were detained and charged with inciting hatred. A few months later, the men were released with several restrictions, including the use of social media.

The same law was used in 2020 to silence reporters, doctors and scholars who criticized Maduro’s response to the coronavirus pandemic, Lusverti said.

Censorship in Venezuela is not new. Under Chávez, a 2004 law criminalized the publication or broadcasting of any statement that showed a “lack of respect” for government authorities or that constituted an “insult” of government leaders. In 2007, Venezuela’s oldest and most popular free-to-air television network, RCTV, was forced to shut down after the government didn’t renew its broadcasting license.

Since then, news deserts have become widespread in Venezuela, and “independent journalists operate within a highly restrictive regulatory and legal environment,” according to a 2021 report from the advocacy group Freedom House.

“Recording and broadcasting a video exercising your right to freedom of expression in its individual and social dimension, through humor, is not a motive for arrest nor is it a crime,” Espacio Público, a freedom-of-speech-focused organization, wrote Monday on Twitter.

Espacio Público recorded 246 cases of attacks against free speech in Venezuela in 2021. At least 35 people were arrested for “seeking, receiving or disseminating information” — including five who shared content on WhatsApp and TikTok.

Saab, the attorney general, did not immediately respond to requests for comment from The Post. But on Monday afternoon, once Mata de Gil’s case started gaining traction on social media, he posted a video of the 72-year-old’s public apology after “calling for” Maduro’s death — adding that she had been freed “under preventive measures” until her trial begins.

International organizations, including the United Nations, and human rights groups have accused Venezuela of forcing detainees into making false confessions.

“It wasn’t my intention. It was humor. It was copied from another —” Mata de Gil says before the video is abruptly cut off.