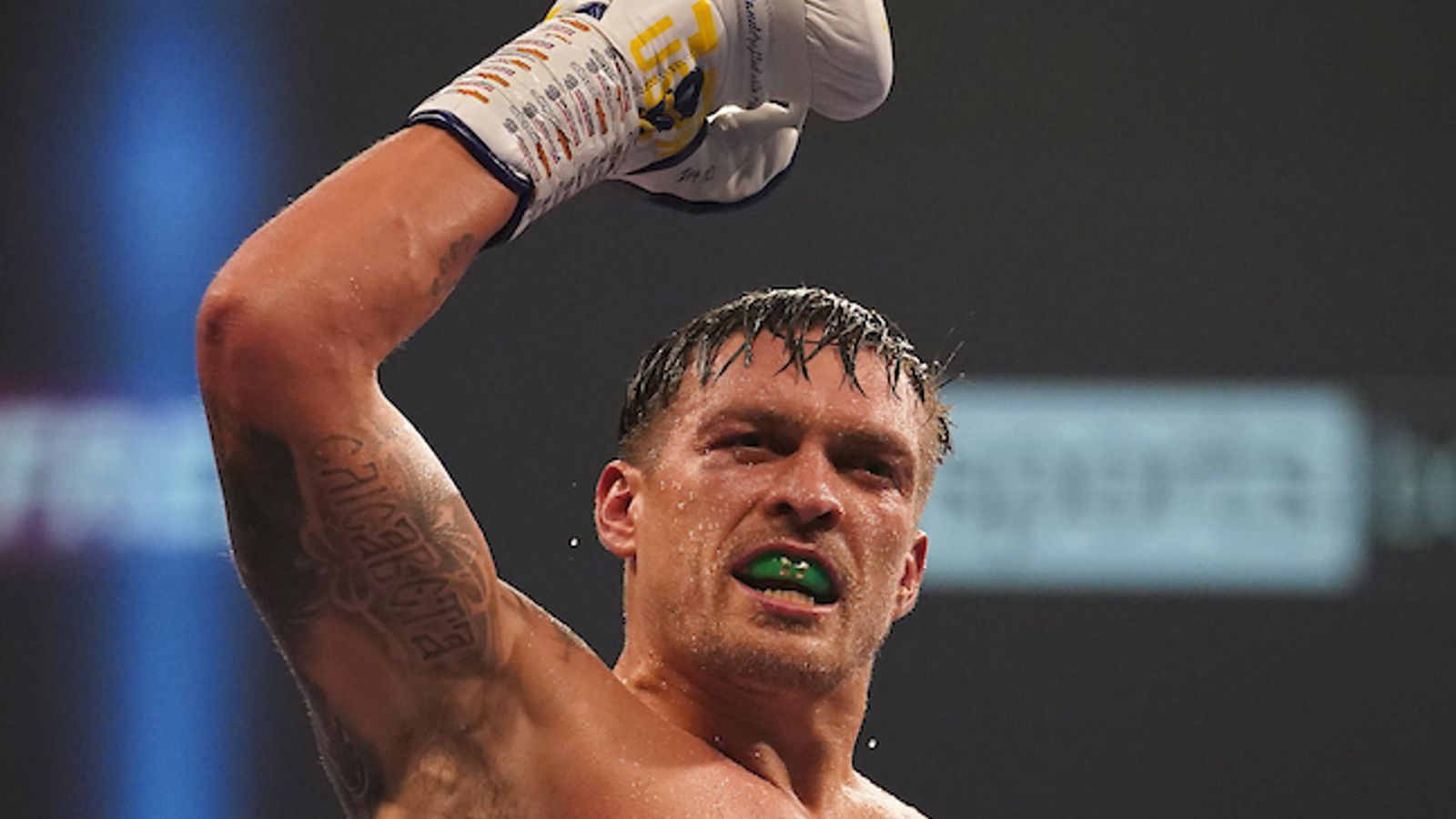 Oleksandr Usyk has insisted he will make “the final decision” over a fight with Joe Joyce that has major world title ramifications.

Usyk and Joyce are in talks to fight for the WBO interim heavyweight title, enabling Anthony Joshua and Tyson Fury to meet in an undisputed title collision.

“Joyce’s team made us an offer,” Usyk posted on social media.

“The offer was unsuitable, so we made a more viable counter-offer.

“Joyce shouldn’t think too much of himself and fall in line with everyone else. I’ll be the one making the final decision.”

But the WBO ruled he should fight Joyce (the No 2 ranked contender) for an interim title allowing Joshua vs Fury, the most anticipated match-up in the sport, to take place.

Joshua and Fury have signed a contract to fight twice for every major heavyweight accolade, promoter Eddie Hearn revealed, although a date and location is still to be confirmed.

England vs Germany Euro 2020 at Wembley. Sweet Caroline after the final whistle.