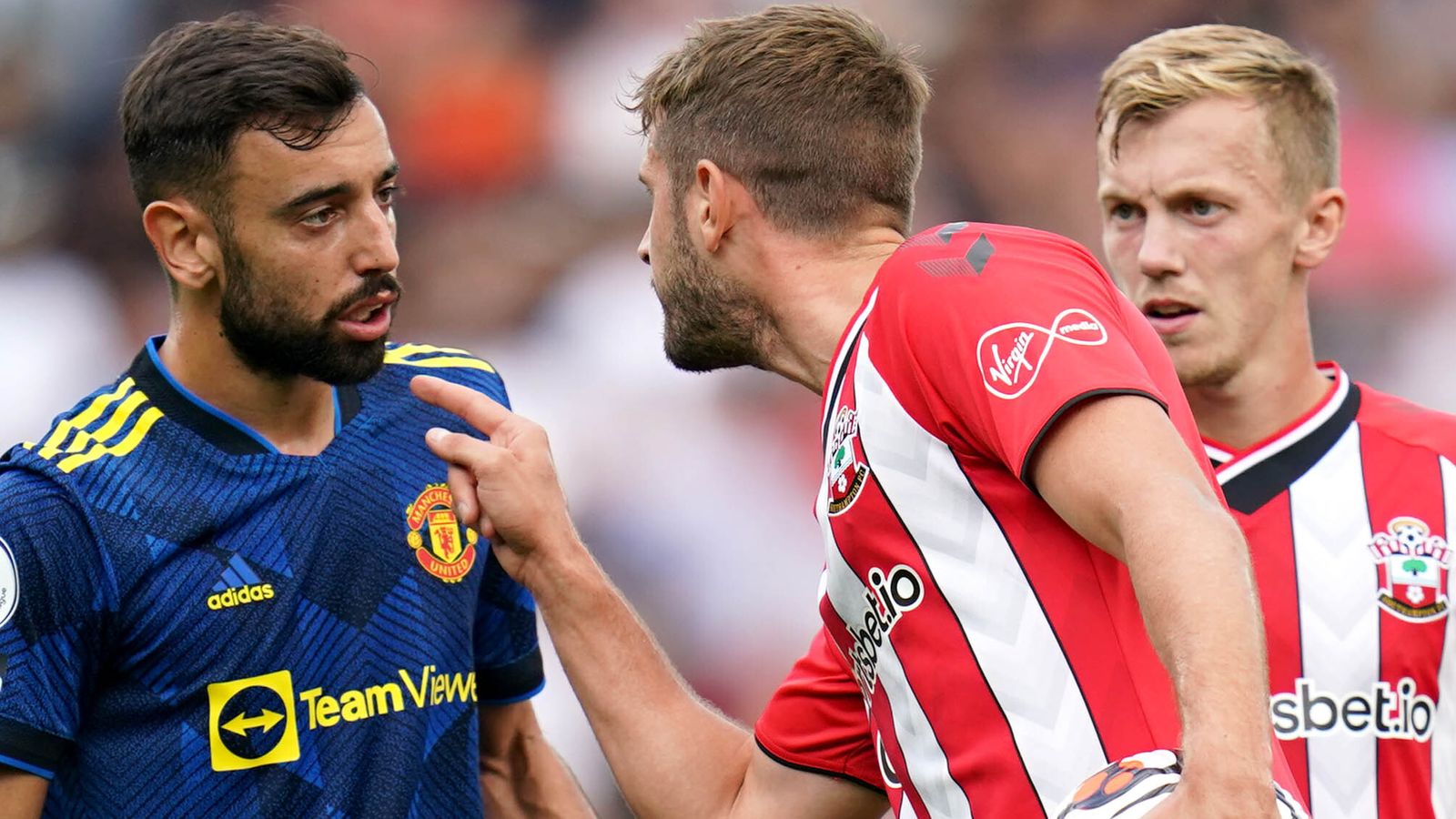 “It seems as if football has gone from one extreme to the other,” Solskjaer told Sky Sports.

The Norwegian took offence with referee Craig Pawson’s decision not to punish Jack Stephens’ barge on Bruno Fernandes in the build-up to Southampton’s opening goal in Sunday’s 1-1 draw at St. Mary’s.

Solskjaer insisted his players should have taken matters into their own hands before Che Adams’ shot deflected in off Fred but could not get away from what he perceived to be an obvious foul.

Fernandes was booked for his remonstrations, with the incident coming a day after Liverpool boss Jurgen Klopp told people to “watch wrestling” if they liked some of the challenges Burnley put in.

“We should do better, if you don’t get a foul you have to make sure you block the shot, put your body on the line and make sure they don’t put a shot on target,” Solskjaer said.

FREE TO WATCH: Highlights from Southampton’s draw against Manchester United.

“We should have reacted better, of course. It might be a bit lucky that it deflects off Fred, but he shouldn’t have dangled his leg and he should have blocked the shot. So, we need better reactions when we don’t get decisions.

“That being said, it’s a foul. He [Stephens] goes straight through Bruno, his hip and arm come across him. I’m not worried because it seems like football has gone from one extreme to the other.

“We cannot go from one extreme, like basketball last season into rugby now. I like the more lenient interpretation, it’s more like men’s football, but that is a clear foul.”

“Fernandes has to do better,” said Keane. “When you are playing against the better teams, you do have to be physical. That’s part of the game I love.”

But, like the decision to allow Southampton’s opener to stand, the manner in which United dropped off after Greenwood’s equaliser frustrated Solskjaer.

27 – Manchester United are unbeaten in their last 27 away Premier League matches (W17 D10), equalling the longest away unbeaten in English top-flight history, set by Arsenal between April 2003 and September 2004. Adventures. pic.twitter.com/kC6TN7hiQa

“We did well to get the goal, a good goal, having built pressure,” the United boss added. “We had another good spell for five or six minutes then lost our way a little bit.

“Maybe tiredness and sloppiness came in and we gave their crowd things to cheer about, they had some counter-attacks and a few dangerous moments. The whole team fell away a little bit and we didn’t play particularly well in the last 15 minutes.