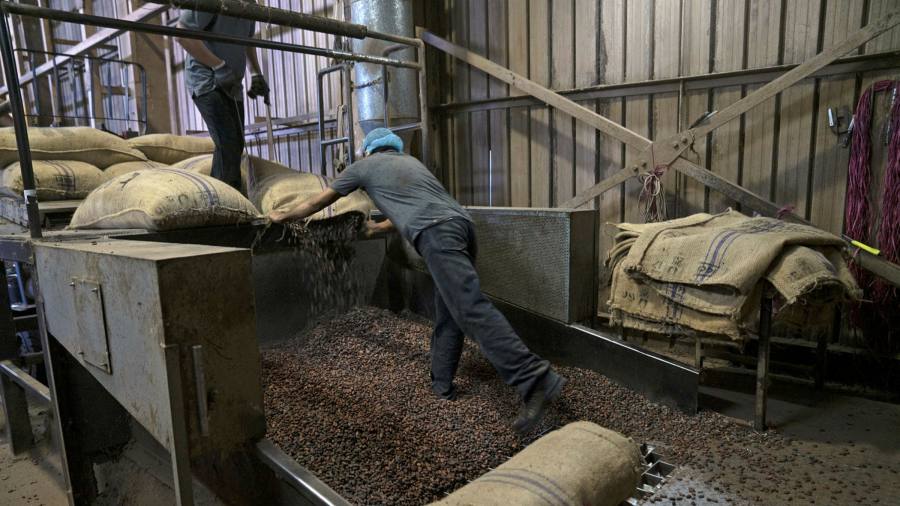 Sign up to myFT Daily Digest to be the first to know about Olam International Ltd news.

Olam International has picked London for the initial public offering of its multibillion-pound food ingredients business, as the Singapore-based agricultural trading house looks to tap growing investor interest in healthy eating and nutrition.

The company said on Friday that Olam Food Ingredients was seeking a premium listing on the London Stock Exchange and a secondary listing in Singapore in the first half of next year.

The decision is a boon for the UK market, which has fallen behind international rivals in the battle to attract the biggest and brightest companies.

Based on the valuation of rival food ingredients businesses, OFI could be big enough to win a place in the blue-chip FTSE 100 index. To qualify, OFI will need to be valued at more than £4bn and pass nationality and liquidity tests.

“At OFI’s current size and scale we believe it will be a reasonable-sized listing,” said the unit’s chief executive A Shekhar. The company will be dual headquartered in London and Singapore.

OFI, one of the world’s biggest suppliers of cocoa beans, onions and garlic, coffee and almonds, recorded earnings before interest last year of S$800m ($600m) on sales of S$12.5bn. It has 15,000 employees, operates more than 100 manufacturing plants and sources commodities from 2.6m farmers across the globe.

The carve out of OFI was set in train last year when Olam decided to split itself into a business focused on food ingredients such as cocoa, coffee, nuts and spices, and another on bulk agricultural commodities including grains and oilseeds, edible oils, rice and cotton.

The thinking behind the move is to create two more focused companies and unlock value from Olam’s complex corporate structure. Shares in Olam, which trade in Singapore, have flatlined over the past year. The other business unit — Olam Global Agri — is expected to seek a listing six to 12 months after OFI starts trading in London.

The legal separation of OFI should be completed by the end of the year.

Shekhar said London had seen off competition from other bourses in Europe because of its large and diverse investor base and “well developed” understanding of the food and beverage sector.

“We felt the combination of a primary listing in London, where the business is well understood . . . and a concurrent secondary listing would be a good combination,” he said.

Alongside the listing, OFI will also look to raise capital to support its growth plans. Olam last year acquired Olde Thompson, the largest private-label spice supplier in the US, in a $1bn deal

“OFI is a growth company. We see a significant pipeline of opportunities,” said Shekhar.

OFI will be spun off from Olam via an in specie distribution of shares to existing shareholders that will coincide with the initial public offering in London.

Olam is majority-owned by Temasek Holdings, Singapore’s state-backed investment company, which holds a 53.2 per cent stake. Its other big shareholder is Japan’s Mitsubishi Corporation with 15 per cent.

Shekhar said both shareholders were supportive of the demerger, which comes amid a wave of consumer interest in health, taste and sustainable food sources.

With a presence across the supply chain from production to trading and manufacturing, OFI is well placed to respond to rising demand for traceable products.

“Sustainable and traceable food is a trend that is here to stay,” said Shekhar. “Another big trend is health, nutrition and wellbeing. Look at nuts and the protein and fibre they offer, or the flavonoid or antioxidants in coffee.”

Shekhar said OFI’s capital structure, which will determine how much debt the company takes on and its dividend policy, had yet to be decided. The company is also in the process of identifying a board and an independent chair.