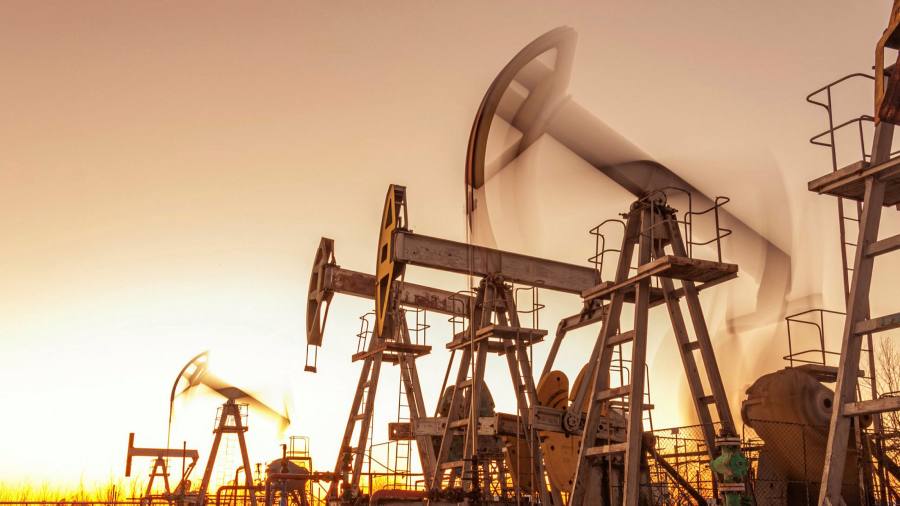 Oil prices are on course for their biggest weekly fall since October as signs of flagging demand in key markets abruptly halted a vigorous rally.

This week’s slide has put the brakes on an almost unbroken rally this year. Brent and WTI have soared more than 60 per cent since early November as the world has begun to reopen from pandemic-induced lockdowns.

But analysts said the rally had moved ahead of itself after Brent pierced the $70-a-barrel level last week, with traders refocusing on renewed lockdown measures in parts of Europe and signs that physical demand in China and the US remained fragile.

“I think the market is catching up with itself in terms of the actual physical demand for crude in China and the United States,” said Christopher Page, senior oil market analyst at Rystad Energy.

In Beijing, authorities were reported to be cracking down on imports of heavy emissions fuels, triggering concerns over the future of some Asian imports. US oil inventories, meanwhile, have increased as petrochemical plants take longer than expected to come back online after the Texas freeze. The Energy Information Administration on Wednesday reported a 2.4m-barrel increase in stocks.

Oil prices crashed in March last year when a glut of Saudi supply hit the market just as economies were shut down by coronavirus lockdowns. WTI plunged into negative territory for the first time in April.

That sent production tumbling as oil companies were forced to close wells and lay off thousands of employees. But the price recovery has prompted speculation that the US shale patch may return to growth once more.

Some analysts say the weakness in oil markets is unlikely to last, arguing that demand is still likely to rebound strongly later this year as vaccine programmes accelerate — despite short-term issues in Europe — boosting travel and the wider economy.

Part of the sell-off was likely to have been linked to rising US Treasury yields that have damped investor risk appetite, analysts said.

Michael Tran, commodity strategist at RBC Capital Markets, advised investors to “wait for the flush-out to run its course”.

“Markets rarely move in straight lines and the current soft patch should not detract from what we believe will be a strong summer for global oil demand,” he said.

Brent crude rebounded 2 per cent on Friday afternoon, boosted in part by a drone attack on an oil refinery in Riyadh, the capital of Saudi Arabia.

The Saudi Arabian energy ministry said that supply was unaffected, but it follows other recent attacks targeting the kingdom’s oil facilities, which have been claimed by Iranian-backed Houthi rebels in Yemen.

Oil traders said they were also watching rising Iranian oil exports to China, which energy research company Kpler said could reach 1m barrels a day in March — one of the highest monthly purchases on record despite US sanctions on Tehran’s oil sales.

The increase has come as the Biden administration attempts to revive the nuclear deal with Iran. While it has threatened to target Chinese companies violating sanctions, it has indicated this is not its first priority, with US officials saying they want to get on a “more productive course” that would see Iran “reverse its nuclear steps”.

Goldman Sachs, which like other Wall Street banks has been forecasting higher prices based on stronger demand and long-term fears that investment in new supplies has been curtailed too far, said on Friday it still believed Brent prices would hit $80 a barrel this summer.

IBM unveils the Quantum System One, its first quantum computer physically built outside of the US, in Germany in partnership with research institute Fraunhofer (Daphne Leprince-Ringuet/ZDNet)