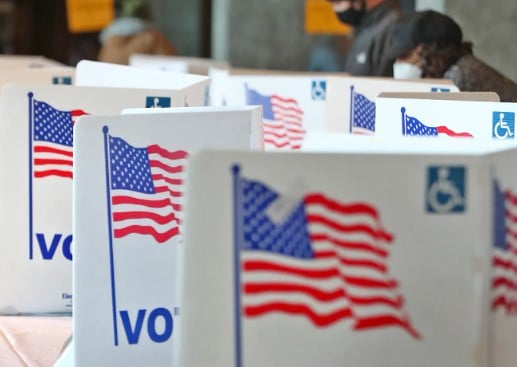 Ohio Republicans are seeking for Ohio to become the seventh state to ban noncitizens from voting in elections.

On November 8th Ohioans voted on Issue 2 which was an amendment to the state’s constitution that would no longer allow noncitizens to vote in local elections in Ohio.

Here were the results:

Although Issue 2 garnered over 77% of people looking to ban non-citizens from voting it’s interesting that almost a million people in the red state of Ohio believe it’s okay for non-citizens to vote in local elections in the US.

Despite Ohio residents voting for Issue 2 to pass, the Republican legislature is still working on legislation that aims to ban non-citizens from going to the polls.

Legal immigrants in the U.S. who are not citizens say they should be allowed to vote in local elections, including on matters such as school taxes.

As of 2020, six states — Alabama, Arizona, Colorado, Florida, Minnesota and North Dakota — adopted the “only citizens” alternative in their state constitutions, according to the group Americans for Citizen Voting.

The trend of allowing noncitizens to vote has spread like wildfire across the country.

DC’s City Council recently passed a bill allowing any adult with over 30 days of residency the ability to vote in local elections.

The mayor of D.C., might soon be elected with votes from illegal immigrants or the staff at the Chinese embassy. Last month the D.C. City Council passed a bill to expand the franchise in local elections to any adult with 30 days of residency.https://t.co/4oy8y6PYIT