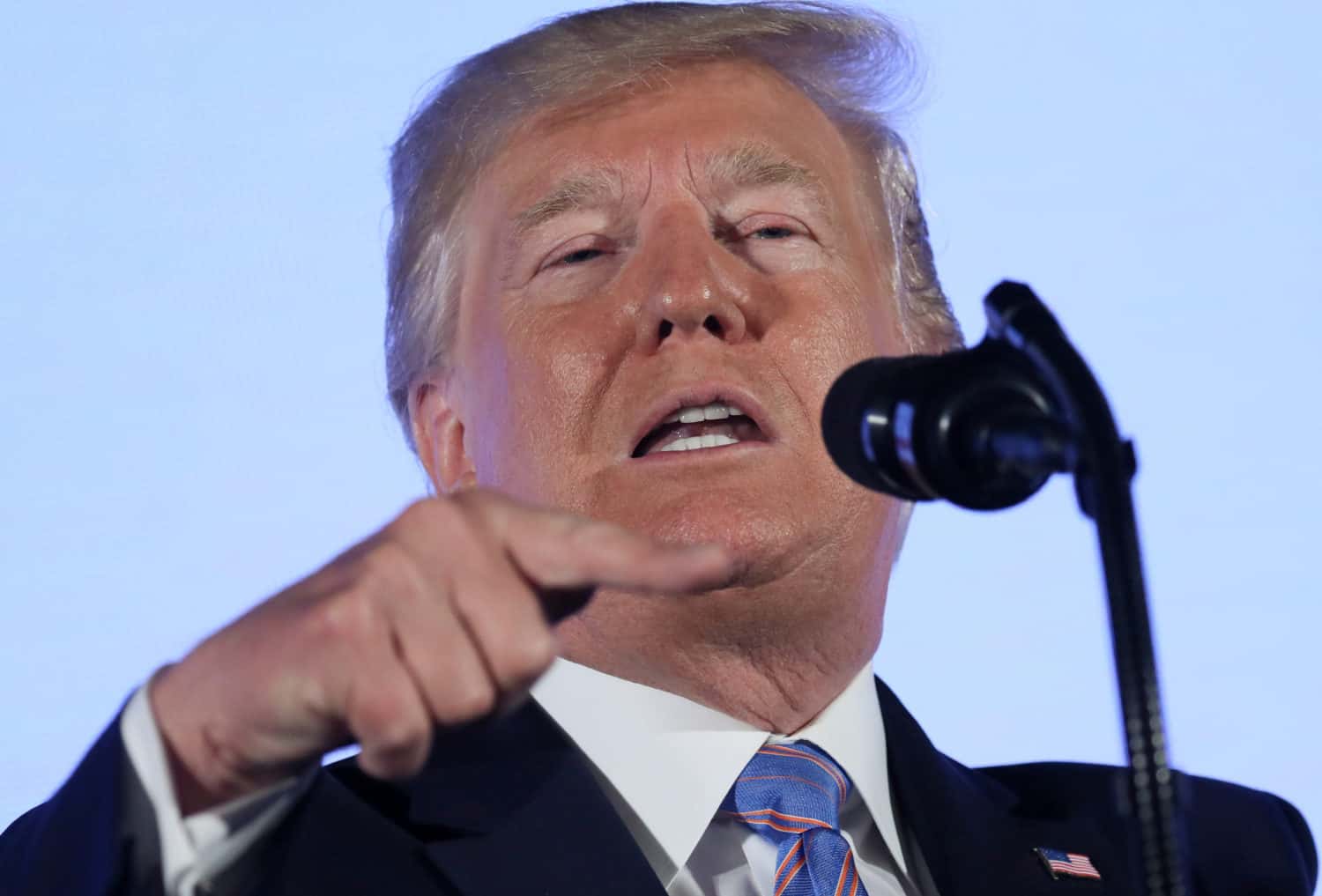 The Ohio GOP fears it will become the next Georgia or Pennsylvania. At a point in time when early voting has already begun in a tight five-way race, the Ohio GOP worries that Trump is on the precipice of endorsing candidate J.D. Vance, a former Democrat anti-Trumper turned hardest of the hardcore MAGAs and a candidate prone to saying the most provocative things, so provocative and ridiculous that many consider Vance the least electable of the GOP candidates in a November election.

Politico rightly focuses on the dynamic this morning because if an endorsement is coming – and many wonder why Trump feels the need to endorse someone in every state – it will be any hour of any day now. There are also questions as to whether Trump’s endorsement even means anything in this large and critical mid-west state.

According to Politico, Trump has limited his decision to two candidates, both controversial, J.D. Vance and Josh Mandel. There seems to be a consensus that Mandel would be the better pick, by far. As for the dynamic of the race? It appears to be as chaotic as one would expect from the modern GOP-MAGA overlapping “partnership.” According to Politico:

Recent polling by Trump pollster Tony Fabrizio, commissioned by a pro-Vance super PAC, showed Vance catching up to Mandel and Gibbons in a three-way primary.

Timken’s campaign released a poll last week that showed a tight race with Gibbons in the lead with 20 percent, Mandel at 16 percent, Timken at 15 percent and Matt Dolan at 13 percent. Vance finished last in the survey with 10 percent.

Trump clearly likes Vance. Indeed, NBC reported on Thursday that Trump had chosen Vance. That report has not been substantiated by any other media. Mandel is not that much better, having almost taken a swing at then-leader Gibbons during a debate, a performance Trump called “embarrassing.”

It is clear that the power-players in the Ohio GOP would prefer that Trump not endorse anyone. But given that Trump seems intent on leaving his footprint on the race despite Trump’s inability to spell “GOP,” they are putting the hard sell on Mandel. One gets the sense that there is no surer way to get Trump to endorse Vance. Given Trump’s past behavior it is not impossible for Trump to base his decision solely upon showing the powers that be that they can’t push him around.

There is already a Trump endorsement of Vance, Don Jr. is leading the way:

Donald Trump Jr., meanwhile, hasn’t hidden his preference for Vance and has publicly defended him. A person familiar with Trump Jr.’s thinking said he did not want to get out ahead of his father by issuing an official endorsement of Vance.

It sounds like Junior doesn’t need to make it official.

But the strongest lament coming from outsiders who simply want the GOP to win the seat in November is that Trump need not make any endorsement at all so late in the race. Many think that Trump wanted a front-runner to emerge so Trump could play kingmaker. But Vance has been the most outlandish in his statements and actions, all of which seemed designed to assure Trump that he was the most reliable MAGA in the race.

Trump has a rally coming near Columbus on April 23rd.  There seems to be a consensus that Vance is the least electable of the bunch in a general election. There are also questions as to whether Trump’s endorsement will even have much impact. In that sense, there is the worry that with respect to Trump the Ohio GOP cannot win. If Vance gets the endorsement and comes in first, showing Trump’s endorsement is highly meaningful, Trump just picked the least electable against everyone’s wishes.

But if Trump endorses Vance and Vance comes in fourth in the primary, the GOP fears that Trump may actually have a negative impact on the GOP in November.

Somewhere in Washington DC is Mitch McConnell is surely staring at an expensive glass of “muddy water,” hitting Kentucky’s Jack Daniels, so desperate to be majority leader again one almost gets the sense that McConnell’s will to live is linked to the results. McConnell saw this coming like a slow-moving car crash a year ago. It looks like Trump has stuck his nose in Georgia and Pennsylvania in the worst way possible (Herschel Walker and “Dr. Oz”) J.D. Vance could make it three. Want to see McConnell wince? Whisper, “Georgia, Pennsylvania, and Ohio, go to the Democrats.”

And there is no cap on the number of people Trump can endorse. There are still other races. But as McConnell knows all too well, three is more than enough to determine the fate of the Senate.