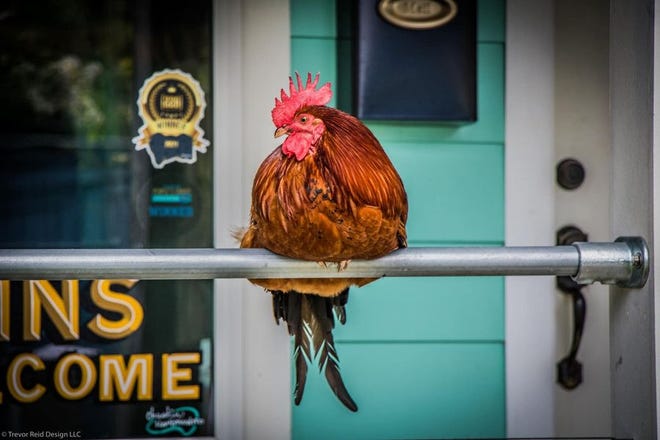 CarlFest @ Magic Hour will give the people of Ocean Springs and visitors an opportunity to honor the life of Carl the Rooster who was killed earlier this year.

CarlFest @ Magic Hour, featuring live music, food, drinks and pop-up art shops, will be from 9 to 5 p.m. Thursday at the Walter Anderson Museum of Art at 510 Washington Ave. in downtown Ocean Springs.

WAMA also will offer a limited run of commemorative block prints coming out of WAMA studios, during CarlFest @ Magic Hour Thursday, according to the museum’s Facebook page.

Carl was one of the most popular in a group of chickens that have roamed the streets of Ocean Springs for many years and have been a source of contention among some residents who either love them or dislike them. However, the chickens have endured for many years as part of the community.

Carl the Rooster was often found wandering around downtown bringing excitement to local residents and visitors.

In late April downtown residents began to notice Carl was not around and shop owners found surveillance video of a woman and a group of people carrying Carl off. His body was later found discarded.

WAMA’s Magic Hour is held quarterly, after hours and is free for all and donations are welcome, according to WAMA’s website which also says food and drink will be available for purchase.

Admission is free and the event is open to the public.