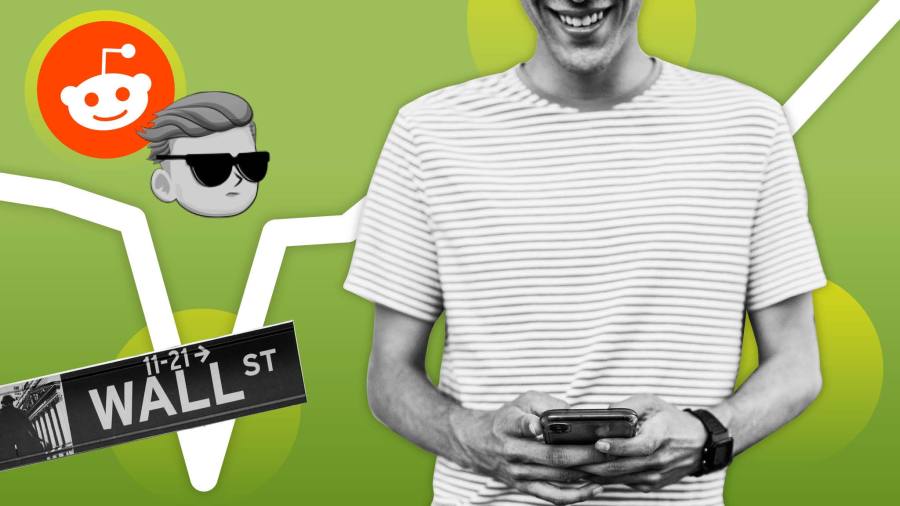 This article is part of the FT’s Runaway Markets series

In retrospect, the Occupy Wall Street movement missed a trick.

Protests in Lower Manhattan annoyed some of the passing bankers. The tents clustered outside the London Stock Exchange got in the way of a quick trip to Starbucks. But the events of the past week show that the way to really upset the financial elites is to do it from the inside.

For the rarefied community of hedge fund managers and professional investors, the problem, of course, is that the great unwashed has jumped into the stock market. In size.

In 2020, the democratisation of finance blossomed. In theory this should be the sort of thing that the wholesale financial industry applauds. Many a World Economic Forum session in Davos has agonised over how to enhance financial inclusion, to help those less fortunate through the gifts of the financial markets.

But the newcomers sidestepped much of the financial establishment, and in particular the smartly dressed, highly qualified professionals who earn a fee for packaging up products into funds. Instead, a price war cut the cost of retail trading effectively to zero.

People were bored, sitting at home with nothing to do, often no work to attend, and few things to spend their extra cash on. Self-directed punting around in the stock market was a reasonable way to pass the day. It is a cold heart that begrudges the success many of these amateurs enjoyed last year in an equity rally that baffled many market veterans.

Inevitably, though, there will be painful losses for some naive investors when the bubble eventually deflates. It is a high-risk game — many of those caught out will be least able to afford it. But this is not just about their financial health. This has become a destabilising force in global markets.

Three things have brought us here. One is the apparent intense fascination with certain individual stocks. An early sign of that came with car hire company Hertz — its shares jumped 800 per cent at one point last June after it filed for Chapter 11 bankruptcy protection.

The second is that it is not just share trading that has been brought to the masses; options trading has, too. Vast numbers of tiny bets on the future direction of stocks are now swamping a market that has long been the preserve of professionals only, supercharging the market impact.

Third, and most disruptive of all: these punters are organised, through various message boards, the main one of which is Reddit’s r/wallstreetbets. It has 3.1m users — or, as they like to call themselves, “degenerates”.

The spectacular melt-up in shares of GameStop, a stumbling bricks-and-mortar purveyor of consoles and video games, is the most dramatic, but certainly not sole, example of the power of this group to fire up stocks — often to levels that some professionals consider disconnected from reality.

In a series of articles, the FT examines the exuberant start to 2021 across global financial markets

“The biggest fund in the world now is wallstreetbets in terms of its ability to move markets,” said one baffled hedge fund manager. “They are super confident and they use leverage. They are the big swinging dick in the room.” This is not the sort of democratisation of finance that the finely tailored Davos set discussed over room-temperature sparkling water.

The professionals have been left reeling by what some see as predatory behaviour. They point out that if they co-ordinated on Bloomberg chat messages in the same way that amateurs gang up on certain stocks, they would face regulatory action. And professional short-sellers know they are now wearing targets on their backs.

“The latest result of the gamification of markets is the hunting of short sellers,” said Carson Block, one of the biggest names among them. “It’s not rocket science — massively reduce your shorts or risk going out of business.”

Mr Block is right to take the hastily assembled Reddit army seriously. It is genuinely hunting hedge fund scalps. A video was posted to Reddit three months ago that argued Melvin Capital had “got too greedy” in its bet against GameStop and outlined how to fight back. In another video, dialogue superimposed over a chilling scene from The Joker depicts an amateur trader declaring that aggressive stock-trading strategies are what happen “when you cross an entire generation raised during a never-ending recession with an app that lets you gamble for a shot at never having to worry about rent money ever again”.

Regulators will no doubt soon scrutinise the whole affair. But the “degenerates” will continue to be a force. Buckle up, because this does not look like a blip.