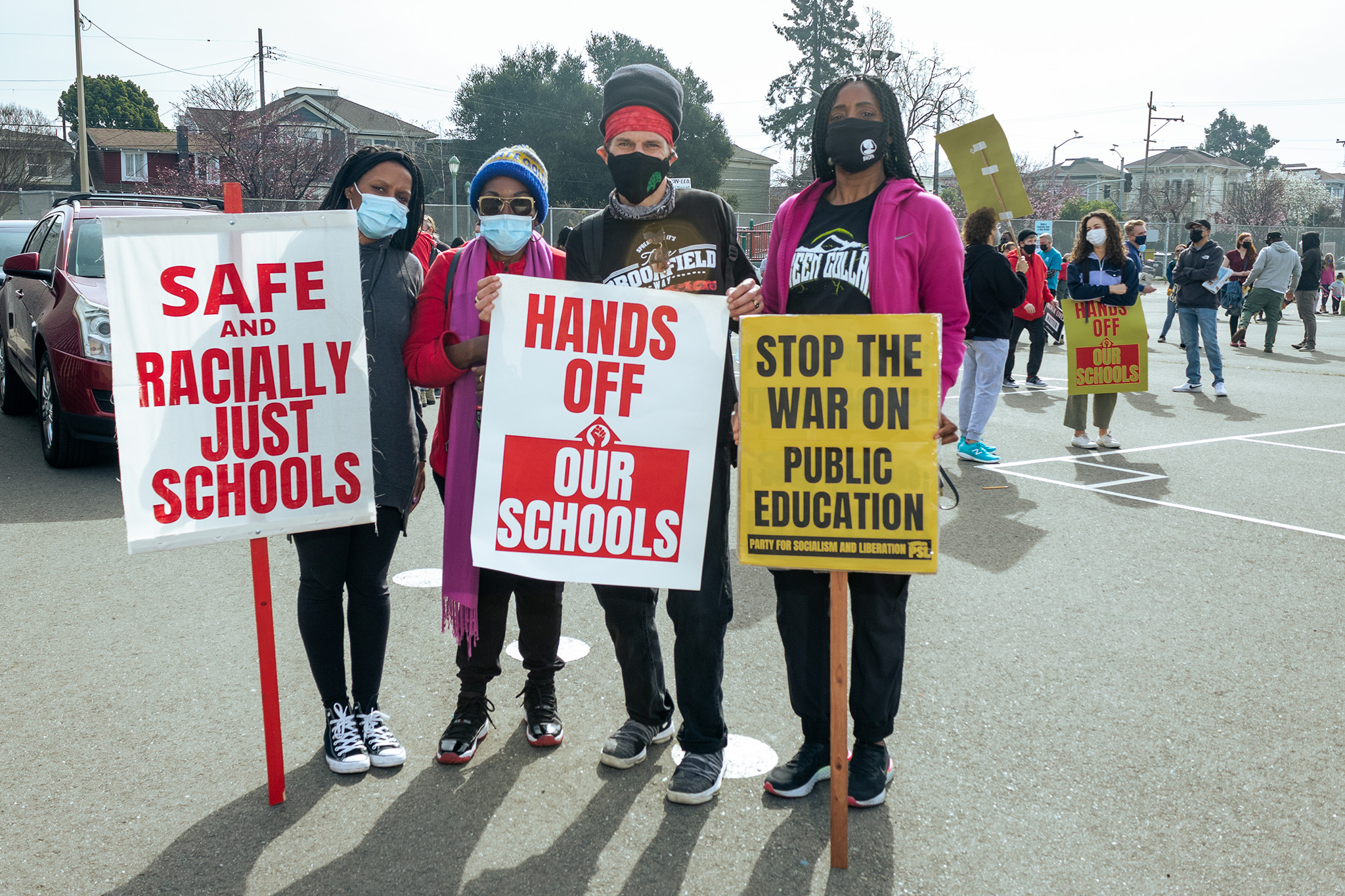 Oakland school officials said Tuesday that families should keep their children home on Friday due to a one-day teacher strike over the district’s plan to reduce spending by closing and merging several schools.

“While school buildings will be open on Friday and all employees are still required to come to work, we do not believe that we’ll be able to cover the high number of expected staff absences with substitutes or reassigned central office staff,” the district said on Twitter.

For months, teachers have protested the district’s plan to close six schools for months that would disproportionately impact Black students in low-income neighborhoods.

On Tuesday, Keith Brown, the association’s president, said the decision is racist and illegal. “Oakland educators are defending our schools and our right to defend our labor agreement,” Brown said in a statement posted on Twitter.

The district said it’s “pursuing all legal means” to keep teachers and students in school. “We are hoping that OEA will change course, but we are also putting plans in place in case the strike occurs,” the district said in a statement.

Under the district’s plan, Brookfield Elementary, Carl B. Munck Elementary, Grass Valley Elementary, Horace Mann Elementary and Korematsu Discovery Academy will close entirely in the 2022-2023 school year, Hillcrest K-8 will no longer have middle school grades. Rise Community Elementary and New Highland Academy are set to merge this year into one school.

The school board voted in favor of the closures in February due to increasing pressure from the state and from Alameda County Office of Education, “which has threatened to withhold funds and even seize control of the budget if Oakland fails to reduce annual school spending by $50 million,” SFGATE reported previously.