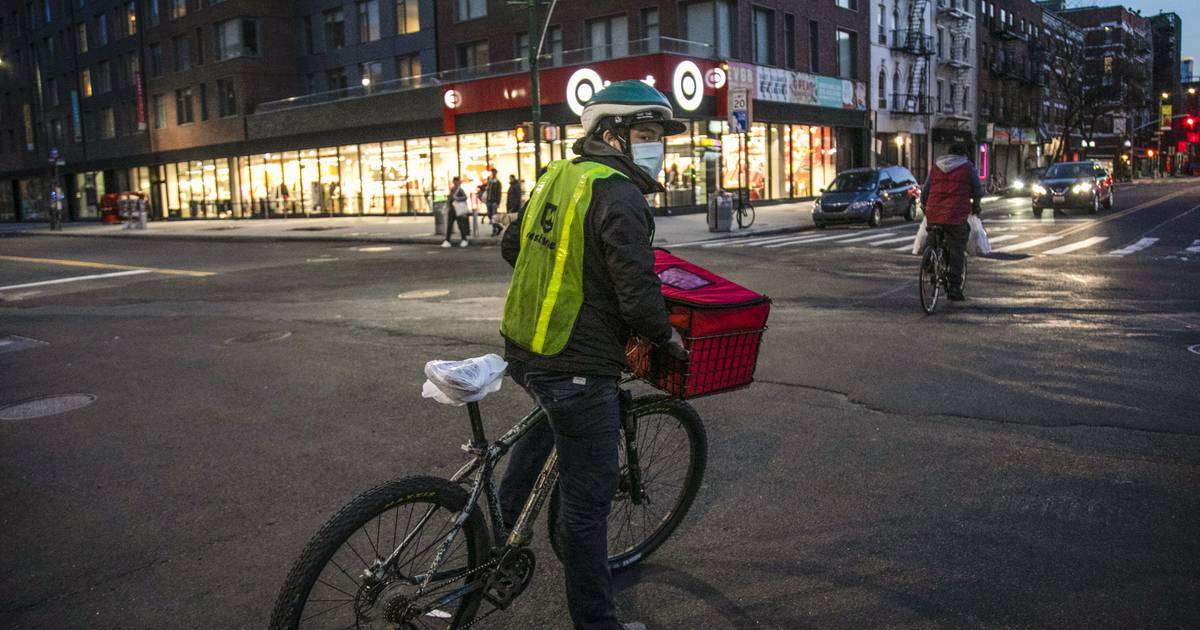 Defunct newsstands and other abandoned New York City sidewalk structures will be turned into “street hubs” for bike-riding food delivery workers under a $1 million infrastructure initiative rolled out by Mayor Adams on Monday.

The hubs will serve as places where delivery workers can catch some downtime, charge electric bike batteries and access gear for repairing their two-wheelers, Adams said at a long-vacant newsstand outside City Hall, the first location that will be refurbished as part of the effort.

“These vacant newsstands are perfect examples of how to properly use the infrastructure, so that they can charge their batteries, they can take a break, they can get out of the inclement weather,” said Adams, who was joined by workers affiliated with the grassroots Deliveristas Unido group.

The mayor was also joined by Senate Majority Leader Chuck Schumer, New York’s most senior Democrat in Congress, who allocated the $1 million that’s going to be used for the pilot program.

“I am not asking the mayor — who has so many other needs — to pay for it,” said Schumer, who noted that the appropriation will be baked into the federal omnibus budget that’s expected to pass Congress later this year.

Adams and his parks commissioner, Sue Donoghue, could not immediately give an estimate for how many street hub constructions will be bankrolled by Schumer’s cash infusion.

But the mayor said the city can secure more funding further down the line if the hubs prove popular.

“The first million came from the senator. If we want to include this in a budget to keep expanding, we’re going to do so,” he said.

The plight of the city’s roughly 65,000 delivery workers was highlighted during the early days of the COVID-19 pandemic, when they zoomed through the streets in order to get New Yorkers their food at a time when people were advised to shelter in place.

But Hizzoner noted that restaurants must by law allow delivery workers to use their restrooms thanks to a package of bills passed by the City Council last year.

“There won’t be restrooms inside these structures, but they now can utilize the restrooms in restaurants,” he said.

Warnock takes lead over Walker as Georgia run off looms