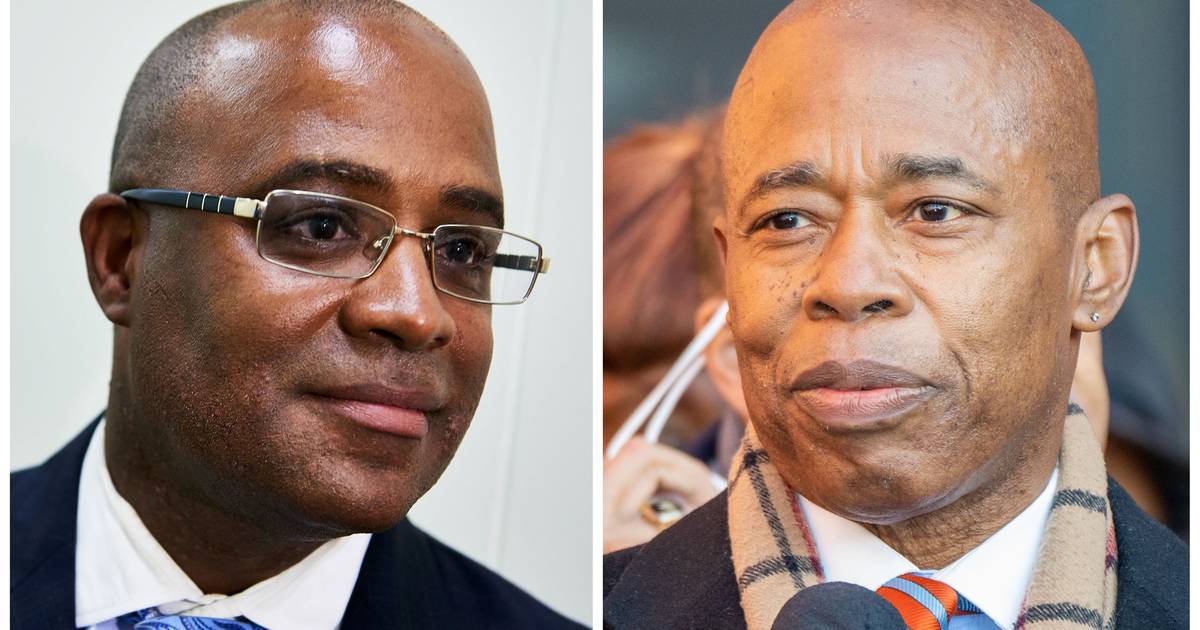 Mayor Adams revealed Monday he made the call to let his public safety deputy have an NYPD security detail — and dismissed the notion that the police deployment would need a green light from the department’s intelligence bureau.

“I am the intelligence bureau. I decide what I need in my agencies to get the job done,” Adams said at an unrelated press conference when asked if the detail for his deputy mayor of public safety, Phil Banks, was assigned by the NYPD division.

The intel bureau traditionally determines whether a city government official needs NYPD protection, based on threat assessments and other factors. Details have typically only been assigned to citywide elected officials, like the mayor, and top police brass.

But Banks, a former NYPD chief who abruptly left the department in 2014 while under federal investigation, has had a police detail at least since June, raising eyebrows from ex-intel bureau officials, as first reported by the Daily News this week.

At Monday’s press conference, Adams said Banks needs the extraordinary detail because his job involves showing up at crime scenes at all hours of the day.

“The role he’s playing, that I need him to play, is extremely unique. It was never in government before, of combining all of my law enforcement efforts together across the city,” Adams told reporters. “A civilian would not be able to carry out that function.”

Speaking of the intelligence bureau, Adams added: “Intel will tell you that, ‘We advise the mayor, but the mayor makes a determination on what we’re going to do to properly keep this city safe’ — I’m obligated to do so — and I’m sure they would agree that having a well-trained police officer be on the frontlines of responding to these issues is a smart way to do it, and a unique way to do it.”

Adams, a retired police captain who served with Banks in the NYPD, is drawing a contrast with his predecessors in affirming he dictated the NYPD protection for his deputy.

While ex-Mayor Bill de Blasio was under fire last year over allegations that he misused his security detail for political and personal reasons, his spokespeople stressed that decisions about his protection were exclusively made by the NYPD. “Intelligence and security experts should decide how to keep the mayor and his family safe,” de Blasio spokeswoman Danielle Filson said at the time.

A retired NYPD chief, who spoke on condition of anonymity to be candid, said Adams is, in a way, just being honest in admitting he had a hand in Banks’ detail assignment.

“(Mayors) always say they are not responsible for security, that it’s the NYPD and the police commissioner that makes those decisions, but that was just a way to avoid answering the questions,” the ex-chief said. “It’s Adams’ bravado, too, but in fact, it’s true.”

A former member of the NYPD intelligence bureau noted the unusual Banks detail likely comes at a steep cost for taxpayers, though.

“If you add all the details now — Adams, Banks, (NYPD Commissioner Keechant Sewell) — just those alone cost the taxpayers over $5-6 million a year, plus those cops are not on the street,” the ex-intel officer said. “It’s not necessary.”