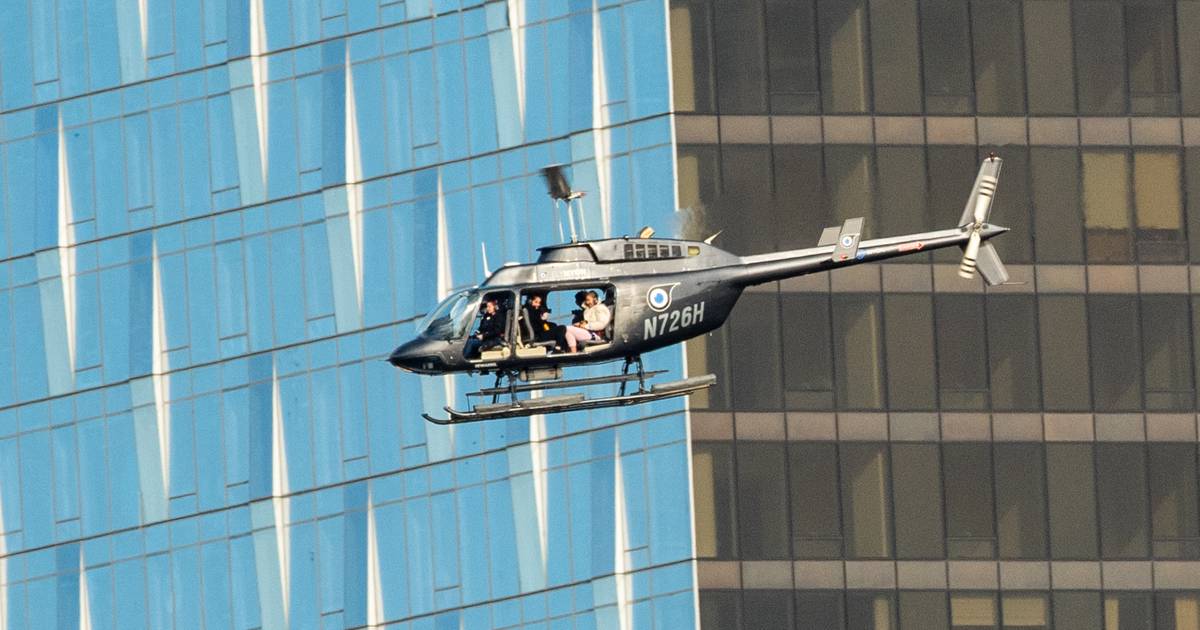 The feds should cut chopper noise in the Big Apple and beyond, say members of New York’s congressional delegation.

The Federal Aviation Administration and local agencies would have to come up with a plan “to substantially reduce the number of nonessential” helicopters under a new bill from Reps. Carolyn Maloney, Jerrold Nadler and Nydia Velazquez, all Democrats.

They cited city stats showing noise complaints about choppers rose 130% during the 12 months ending in October 2020.

“New Yorkers are being inundated with helicopter noise. It is negatively affecting their quality of life and their physical and psychological health,” Maloney said at a press conference at the E. 34th St. heliport.

“We’ve seen a number of people joyriding, shaving time off their commute to the airport at steep expense to the vast majority of New Yorkers,” she added.

Ironically, it was hard to hear her and other speakers’ words over the noise of cars racing down FDR Drive.

The perennial subject of complaints from New Yorkers, helicopter ruckus prompted the authorities in 2016 to bar tourist choppers from using Big Apple landing pads on Sunday.

“The noise generated by these nonessential helicopters is much more than an inconvenience,” said Manhattan Borough President Mark Levine. “It has been documented to impact the mental and physical health of the people below.”

But she and other lawmakers voiced hope Sunday that their legislation would pierce the din.

“We’re not going away. We’re going to be here today, tomorrow,” said Velazquez. “We need to see a solution to this problem.”