Nuggets collapse in tense fourth quarter, on brink of elimination after Game 3 loss 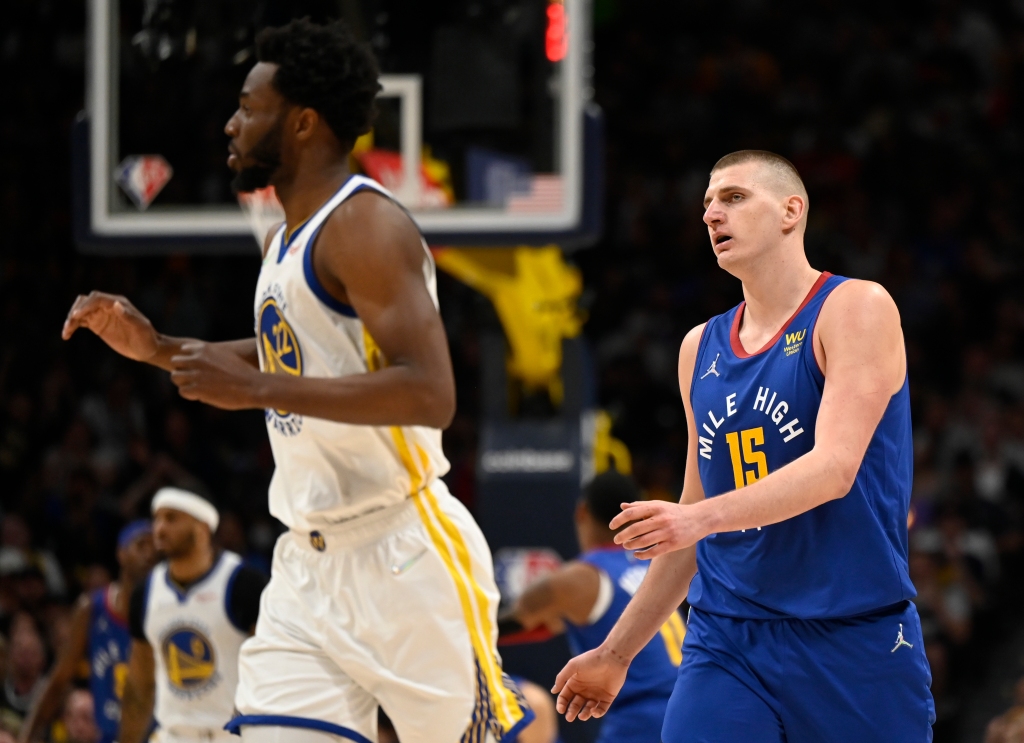 As the turnovers compounded, the frustration mounted, and Denver’s season flipped to life support.

The Nuggets collapsed late in the fourth quarter of Thursday’s white-knuckle affair vs. Golden State, falling 118-113, to move to the brink of elimination. Down 3-0 to the Warriors, Denver will try and extend its season in Sunday’s do-or-die Game 4.

The Nuggets trailed 114-111 with 2:15 remaining before a shot clock violation, offensive charge and another turnover derailed their momentum. As has been a problem all series, the Nuggets turned it over 18 times for 19 Warrior points. The Warriors capitalized on a crucial offensive rebound before the turnovers flooded their chances.

Unlike in Games 1 and 2, the Nuggets had a chance to steal it, and that was all Malone has asked for.

“We gave ourselves a chance tonight,” he added. “We didn’t do that in Golden State.”

Nikola Jokic was tremendous, with 37 points and 18 rebounds, and the Nuggets finally got help from his supporting cast. Aaron Gordon showed up with 18 points and 12 rebounds, but Denver was overwhelmed by the Warriors’ scorching 3-point shooting. Golden State shot 18 of 40 on the night, including six more 3-pointers from Klay Thompson. Jordan Poole added 27 points, and Steph Curry had 27 off the bench.

When the Nuggets review the film, they’ll look first at their self-inflicted mistakes.

Third quarters hadn’t been kind to Denver through the first two games, but Thursday was different. The Nuggets injected life into the game – and the series – with an engaged, aggressive quarter on both ends of the floor. Gordon played to his strengths and was a menace inside. Back-to-back dunks ignited the crowd, while a seismic block on Draymond Green sparked another roar.

Barton, Bones Hyland and Monte Morris all drilled 3-pointers while Jokic finally got the help he needed all series. It wasn’t as if Jokic stopped attacking, either, including a patented Sombor Shuffle on Green. He saved eight points for the third quarter himself, and the Nuggets reeled off a 30-18 margin to seize a slight lead heading into the fourth.

The fact that the Nuggets authored their most dominant quarter of the series, and it earned them just an 89-87 lead, was an indication of how small their margin for error was.

Malone said he wanted to see an “edge” from his team heading into Game 3 in addition to being physical, vocal and aggressive.

“It’s a delicate balance of, not life or death, but the reality is you don’t want to be down 3-0 against a potent team like Golden State,” he said.

In an effort to search for some viable lineup combination to quell their shooters, Malone tried Facu Campazzo on Poole several times Thursday night.

“If I’m going to go down, I’m going down swinging,” Malone said. “I’m going down with guys that are going to fight and leave it all out there. Make or miss, I don’t want to go down and have any regrets for not trying whatever we need to try. Non-negotiables are to play hard, compete, be aggressive, and be disciplined, make or miss. If you bring that to the game, then you’re contributing in a positive manner.”

Bruising and battling Draymond Green in the paint, Jokic carried the offense with 18 points on 14 shots. He got help, particularly from Denver’s bench unit, but Gordon and Jeff Green were underwhelming yet again early.

DeMarcus Cousins bullied Golden State for nine points in the first half.