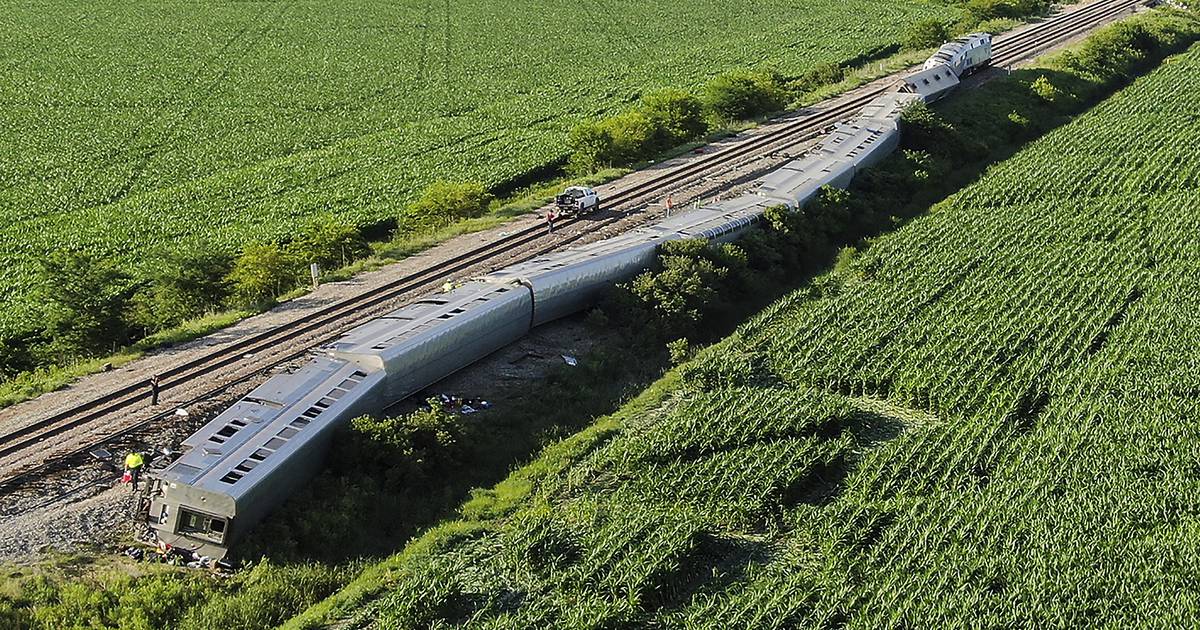 A team of investigators with the National Transportation Safety Board is slated to arrive in Missouri early Tuesday to probe the deadly Amtrak derailment, which left three people dead.

“We have asked Amtrak and including things like speed on the route. What cameras might be on the train, to understand if there’s forward facing or internal facing cameras.”

Amtrak’s Southwest Chief was carrying approximately 275 passengers and 12 crew members when the collision unfolded at rural intersection near Mendon, where there no lights or electronic controls, according to the highway patrol. It was traveling east-bound, toward Chicago, when it slammed into a dump truck on Monday around 12:42 p.m.

Two of those killed in the incident were onboard the train while the third fatality was in the truck, Missouri State Highway Patrol spokesman Cpl. Justin Dunn said. It was not immediately clear exactly how many people were hurt, the patrol said, but hospitals reported seeing more than 40 patients from the crash and ae expecting those numbers to climb.

The force of the accident caused eight of the train’s cars and two locomotives to leave the track.

Homendy said a 16-member “Go-team,” herself included, will be probing the cause of the deadly derailment. It will include “specialists from mechanical, from signal systems, from operations and survival factors,” she noted.

“We’ll have a highway person, a drone operator, and some team members from NTSB’s Office of Transportation Disaster Assistance to work with survivors and families of those who were involved in the derailment.”