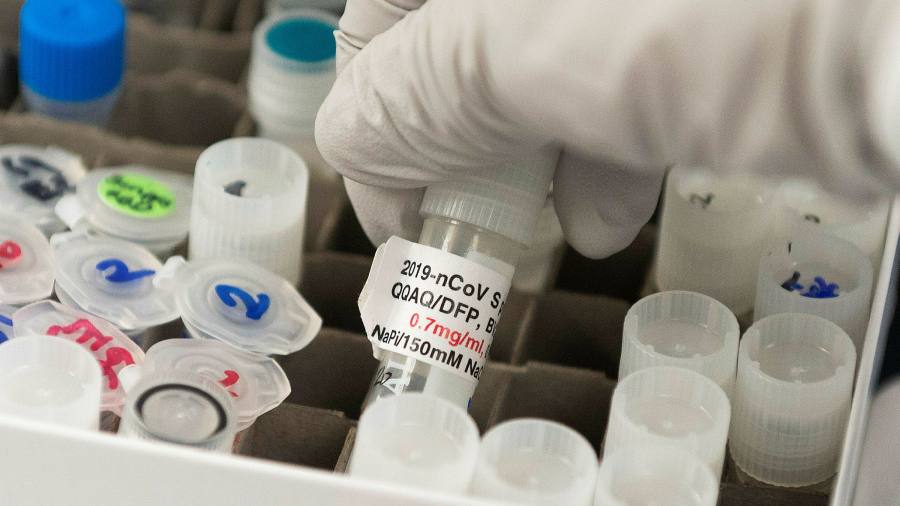 Novavax’s Covid-19 vaccine is 89 per cent effective and works against new variants of the virus, according to interim data published from clinical trials in the UK and South Africa.

The US biotech said a trial in partnership with the UK government’s vaccine task force showed 95.6 per cent efficacy against the original strain and 85.6 per cent against B.1.1.7, which was circulating widely in the country during the study.

Novavax said it is preparing for a clinical trial of a booster or a vaccine designed to target more than one strain, including the 501.v2 variant, in the second quarter. Vaccine maker Moderna announced a similar plan earlier this week.

Boris Johnson, the UK prime minister, said it was “good news” that the vaccine proved effective in the UK trial. “Our medicines regulator will now assess the vaccine, which will be made in Teesside [in the industrial north-east of England]. If approved, we have 60m doses on order,” he tweeted.

Novavax is likely to first file for approval in the UK but said it might take two to three months, as the trial has not yet finished. It has also not yet published full safety data. The phase 3 trial included 15,000 people, with almost 4,000 aged over 65.

The UK business department said the vaccines would be delivered in the second half of the year.

“The efficacy shown against the emerging variants is also extremely encouraging,” he said.

Shares in Novavax were up nearly 30 per cent to $173.88 in after-hours trading in New York, recovering from a significant drop just after the close.

Novavax started a trial in the US and Mexico at the end of December. It has now enrolled more than 16,000 people, with a target of 30,000.

The company said it is in discussions with the US Food and Drug Administration about whether it could be granted an emergency use authorisation for the vaccine based on the data from outside the US. Novavax is receiving up to $1.6bn from Operation Warp Speed, the US government programme designed to expedite vaccines for Covid-19.

The news came after the 501.v2 variant was discovered in the US for the first time, in two unconnected adults in South Carolina who had not recently travelled. While the rapid increase in coronavirus cases is starting to slow in the US, officials are concerned that the presence of new, more infectious variants could cause a fresh surge.

Covid-19 vaccines from Moderna and BioNTech/Pfizer have been shown to work against the B.1.1.7 variant in laboratory tests. In a separate phase 2b study in South Africa, where about 90 per cent of the cases appeared to be of the 501.v2 variant, Novavax found that the vaccine was 60 per cent effective in participants without HIV. None of the Covid-19 cases in the vaccinated group were severe. The vaccine did not work as well in HIV-positive participants, however, dragging the overall efficacy in South Africa down to 49 per cent.

The trial also shed new light on natural immunity against the 501.v2 variant. Some participants who had suffered from the original Covid-19 strain were subsequently infected by the variant that originated in South Africa, suggesting their antibodies did not protect them.

Shabir Maddi, principal investigator in the Novavax Covid-19 vaccine trial in South Africa, said he was encouraged that the company was planning a new trial targeted to the 501.v2 variant.

“This is the first Covid-19 vaccine for which we now have objective evidence that it protects against the variant dominating in South Africa,” he said.

Steve Bates, chief executive of the BioIndustry Association, a British bioscience lobby group, said: “This work shows again the strength of the UK life sciences and biotech sector which has been at the forefront of finding solutions to the Covid-19 pandemic whether in vaccines, diagnostics and therapies as well as harnessing its incredible genomic capacity which is being used to full effect to spot new variants of the Covid-19 virus.”