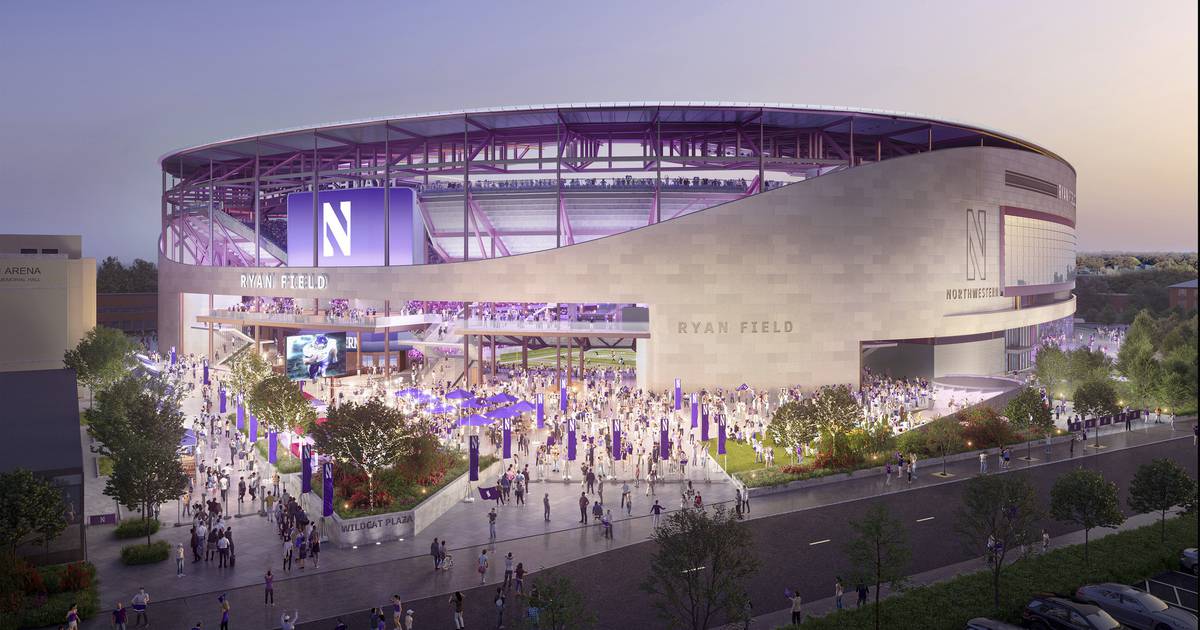 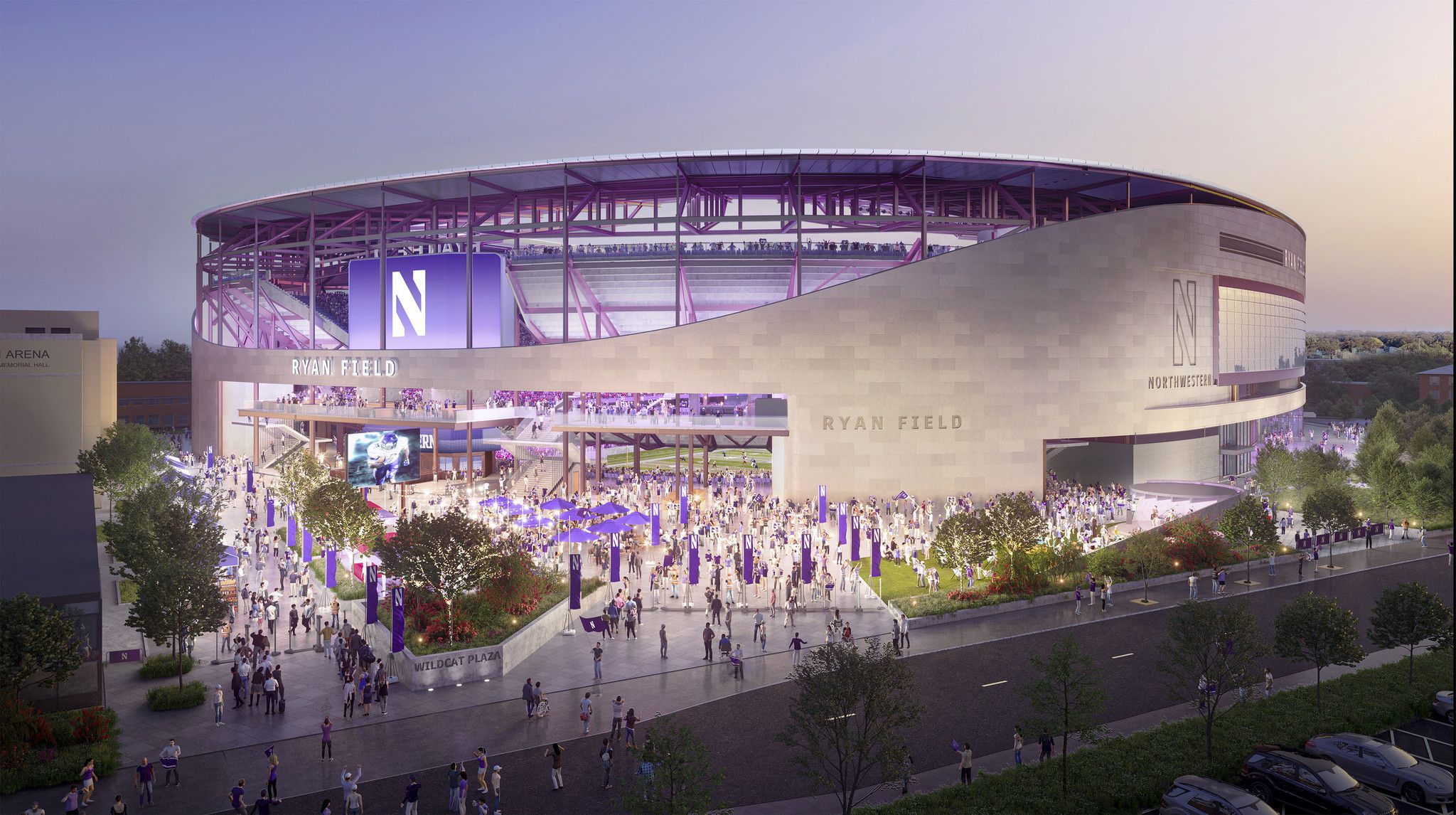 Northwestern University released renderings Wednesday of the proposed design for a new football stadium, a replacement for the 97-year-old Ryan Field.

“I have no doubt that the privately funded stadium will be a gamechanger for our football program, athletics department and the community, and will be in line with our other excellent facilities including Welsh-Ryan Arena and Ryan Fieldhouse,” said Dr. Derrick Gragg, vice president for athletics and recreation.

The design for a new Ryan Field was shaped by feedback received over the past year from Evanston community members during meetings organized by 7th Ward Councilmember Eleanor Revelle. Many residents wanted to see less traffic and noise on game days, while others suggested using the new facility year-round for concerts and other community events.

University officials said that’s one reason they unveiled a 35,000-seat proposal, 12,000 fewer than the current Ryan Field, which would be demolished after the 2023 football season. They also plan to include a canopy over the new stadium to reduce noise and light pollution in the surrounding neighborhood during games.

In addition, if approved, the new Ryan Field would include plazas for tailgating fans, a community park as well as public green spaces modeled after Maggie Daley Park in Chicago. The facility also would replace the existing stadium’s benches with comfortable seats and include high-tech scoreboards and concession stands supplied by local restaurants.

According to a statement from the university, because a new stadium wouldn’t be financially viable if it hosts only seven football games each season, the school also will consider allowing some concerts but hasn’t decided how many.

Northwestern “is exploring all options,” the statement said, for a temporary home venue for the Wildcats during construction, which is expected to be completed before the 2026 season.

The massive project still needs a green light from Evanston, but before it starts moving through the entitlement process, Northwestern will spend several months gathering more feedback from the community and city officials about the proposal, according to Northwestern President Michael Schill.

The school’s lucrative fundraising drive was pushed over the goal line by a $480 million gift, the largest in its history, from the Patrick and Shirley Ryan Family. The gift also will support biomedical and economics research.

“The new Ryan Field will be more than just an amazing home for Wildcat football,” said Patrick Ryan, a Northwestern graduate and retired CEO of Aon Corp. “Our hope is that through this new stadium campus, Ryan Field is reimagined as an architecturally significant year-round gathering place for the Northwestern and Evanston communities that is accessible to all.”