GENTRY — Those who enjoyed his photos of birds, butterflies, wildflowers and other native plants and animals will greatly miss the results of the “daily rounds” of local photographer and conservationist Terry Stanfill. Stanfill, 67, died early Saturday morning after a battle with pulmonary fibrosis.

Since his retirement from the Flint Creek Power Plant in 2010, Stanfill began each day in his pickup, with his camera and lenses at the ready, as he made his rounds to check on the Eagle Watch Nature Trail and look for wildlife in western Benton County and sometimes other favorite locations across the region. Boxley Valley, near Ponca, and Natural Dam were a couple of favorite spots.

Stanfill has always loved the outdoors and nature and said he traded hunting with a firearm and took up hunting with a camera. And, during his years as a chemist at the Flint Creek Power Plant, he photographed eagles, owls and other wildlife on SWEPCO property around the lake and the plant. His photos were displayed on the walls of the plant’s meeting room and, with the coming of the digital age, his photos were shared on a daily basis via Facebook and a Facebook group called Backroads of Arkansas.

While best known for his photography, Stanfill was instrumental in the creation and management of the Eagle Watch Nature Trail, on the west edge of Gentry. He supervised the construction of the site in 1999 and continued to manage the wildlife viewing area after his retirement from Southwestern Electric Power Company’s Flint Creek Power Plant until his death. He often coordinated activities at the facility for local 4-H groups, schools, scouting groups and for the local branch of the Audubon Society.

According to the SWEPCO website, “in early 2007, Audubon Arkansas designated the Flint Creek property as an ‘Important Bird Area.’ Flint Creek is certified by the Wildlife Habitat Council for its Wildlife at Work program (since 2002) and Corporate Lands for Learning program (since 2004). The programs are now combined and called Conservation Certification.

“In November 2007, the plant and local volunteers won three international wildlife habitat conservation awards from the Wildlife Habitat Council: The plant, including its employees, volunteers and community partners, received the Pollinator Protection Award for implementing specific land management practices to promote pollinator populations. Pollinators include bees, birds, bats and other insects and animals that spread pollen so plant fertilization can occur. The award is presented to a WHC member company in cooperation with the North American Pollinator Protection Campaign.

“In June 2008, Flint Creek received the regional Arkansas Acres for Wildlife award in a contest sponsored by the Arkansas Wildlife Federation. The award for the Northwest Arkansas region was based on Flint Creek’s decision ‘to provide and retain wildlife habitat on their lands by planting native warm-season grasses, forbs, legumes, wildflowers and shrubs and encouraging neighborhood involvement in habitat improvement.’ Acres for Wildlife is a joint environmental action program of the Arkansas Game and Fish Commission and the Cooperative Extension Service.”

Others may know and remember Stanfill for his years coaching Little League, Babe Ruth and American Legion baseball in Siloam Springs. He was also a four-year baseball letterman at Ouachita Baptist University in Arkadelphia.

One thing not everyone may know about Stanfill is his work to preserve native prairies in Northwest Arkansas. He often expressed his concern that the growth in the region was destroying the last remnants of such prairies and the native grasses and flowers. Though he didn’t always succeed, he assisted in saving some native prairies and he took the time to transplant many native grasses and wildflowers to Eagle Watch in an effort to preserve them for future generations. He often said human greed gets in the way of slowing down and preserving what God has given us.

Stanfill finally succumbed to pulmonary fibrosis, a disease that also took his father’s life years ago.

Pulmonary fibrosis, according to the Mayo Clinic website, “is a lung disease that occurs when lung tissue becomes damaged and scarred. This thickened, stiff tissue makes it more difficult for your lungs to work properly. As pulmonary fibrosis worsens, you become progressively more short of breath.”

And, as the disease progressed, Stanfill continued to make his rounds and take pictures, but with a portable oxygen unit along with him in his truck and regular checks of his oxygen levels with an oximeter. In spite of the difficulties he faced in his last months, Stanfill carried on doing what he liked to do best until his very last days. And when he posted no new photos on Friday or Saturday, his followers became concerned.

And, then, on Saturday afternoon, Terry’s stepdaughter, Stacy Phelps, posted for him: “It is with great sadness that I let you know that Terry passed away early this morning after a tough battle with pulmonary fibrosis. We would like to take this time to thank all of Terry’s Facebook friends and followers for all of your ‘Likes’ and ‘Comments’ on his many pictures. He read every one of them. Arrangements are pending and I will post at a later date with info. The family asks that you please keep us in your thoughts and prayers at this time and to never take for granted what God has given us through the beauty of nature and the outdoors.”

A day later, on Sunday afternoon, the number of likes and condolences for Stanfill had exceeded 2,000. In addition to condolences to the family, most expressed their deep appreciation for the photos which Stanfill posted and shared.

Randy Moll can be reached by email at [email protected] 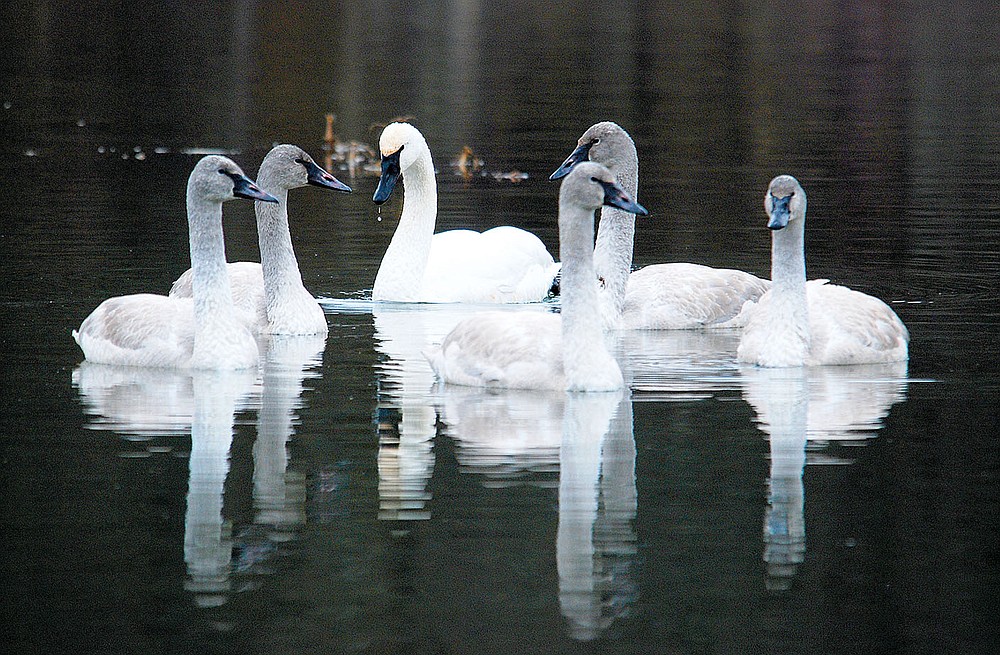 Submitted/TERRY STANFILL
A family of trumpeter swans paid a visit to Siloam Springs City Lake in January 2015. The large federally-protected swans are an unusual sight in northwest Arkansas and their appearance on the waters of City Lake shows the value of the lake for native wildlife, including endangered and federally-protected species. Trumpeter swans have been brought back from the brink of extinction and shallow lakes like Siloam Springs City Lake are a favorite of the large swans. 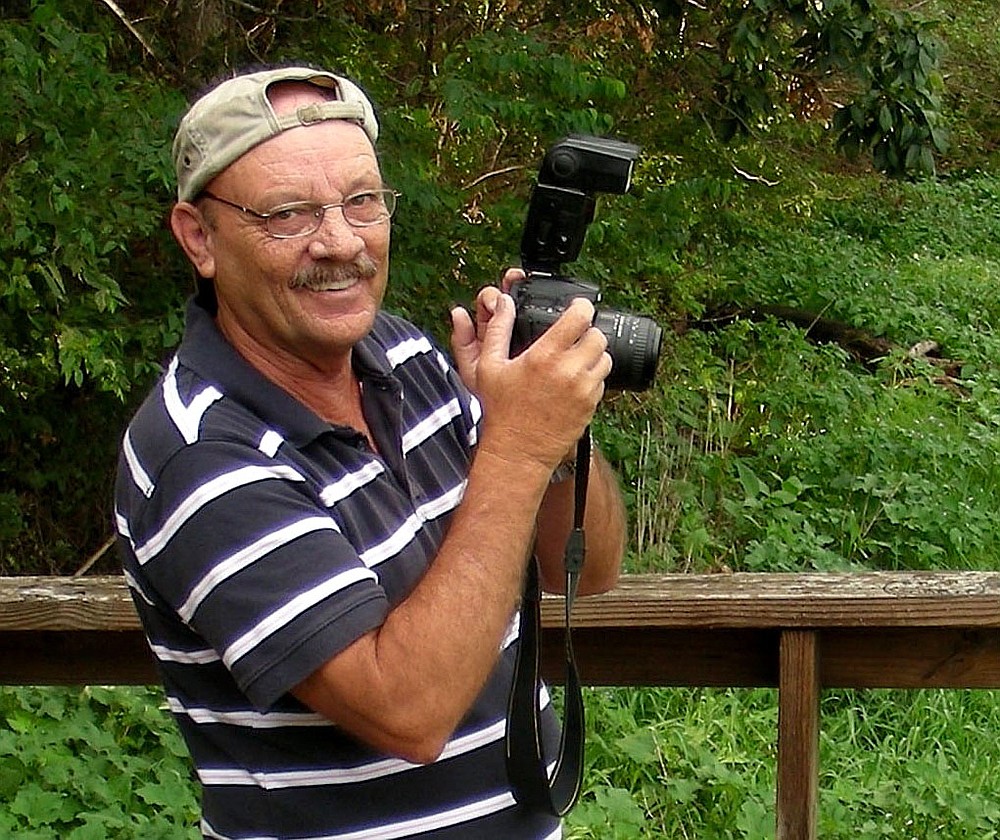 SUBMITTED
Terry Stanfill, a regular contributor to the Westside Eagle Observer and other Northwest Arkansas newspapers, was known his photos of local wildlife and native plants and sharing them to increase awareness of the beautiful creatures God has placed around us. He did much to encourage the preservation of native prairies and wildlife habitat in the area. 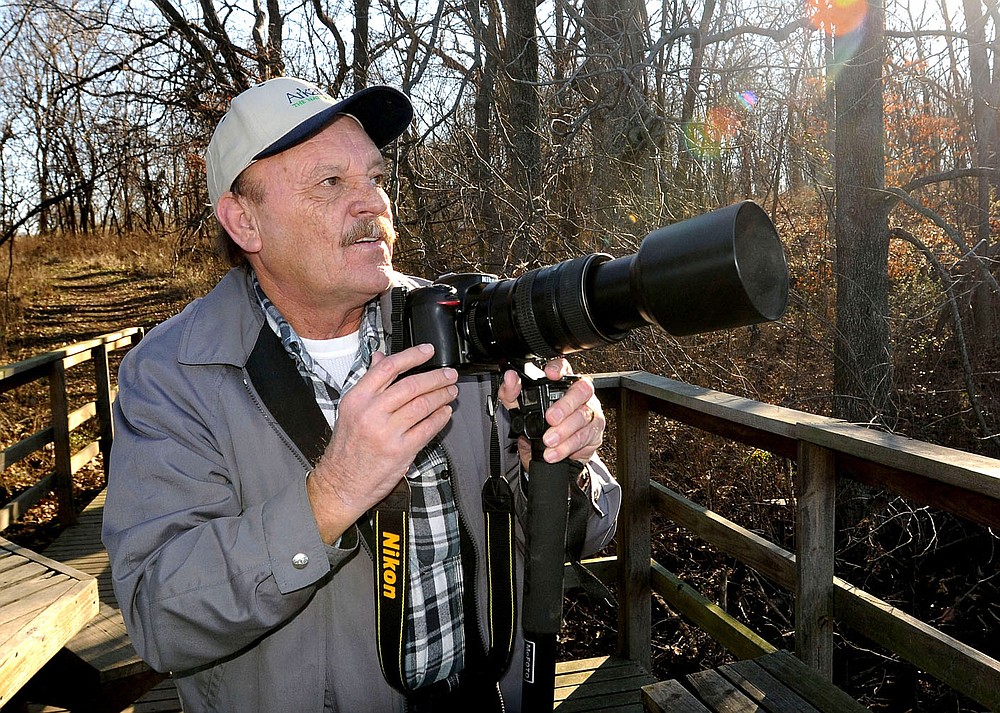 NWA Democrat-Gazette/FLIP PUTTHOFF
Terry Stanfill photographs bald eagles Jan. 14, 2016, at SWEPCO Lake along the Eagle Watch Nature Trail near Gentry. Stanfill, of rural Gentry, is caretaker of the trail located near the Flint Creek Power Plant. Many of his nature photos are taken on the trail. 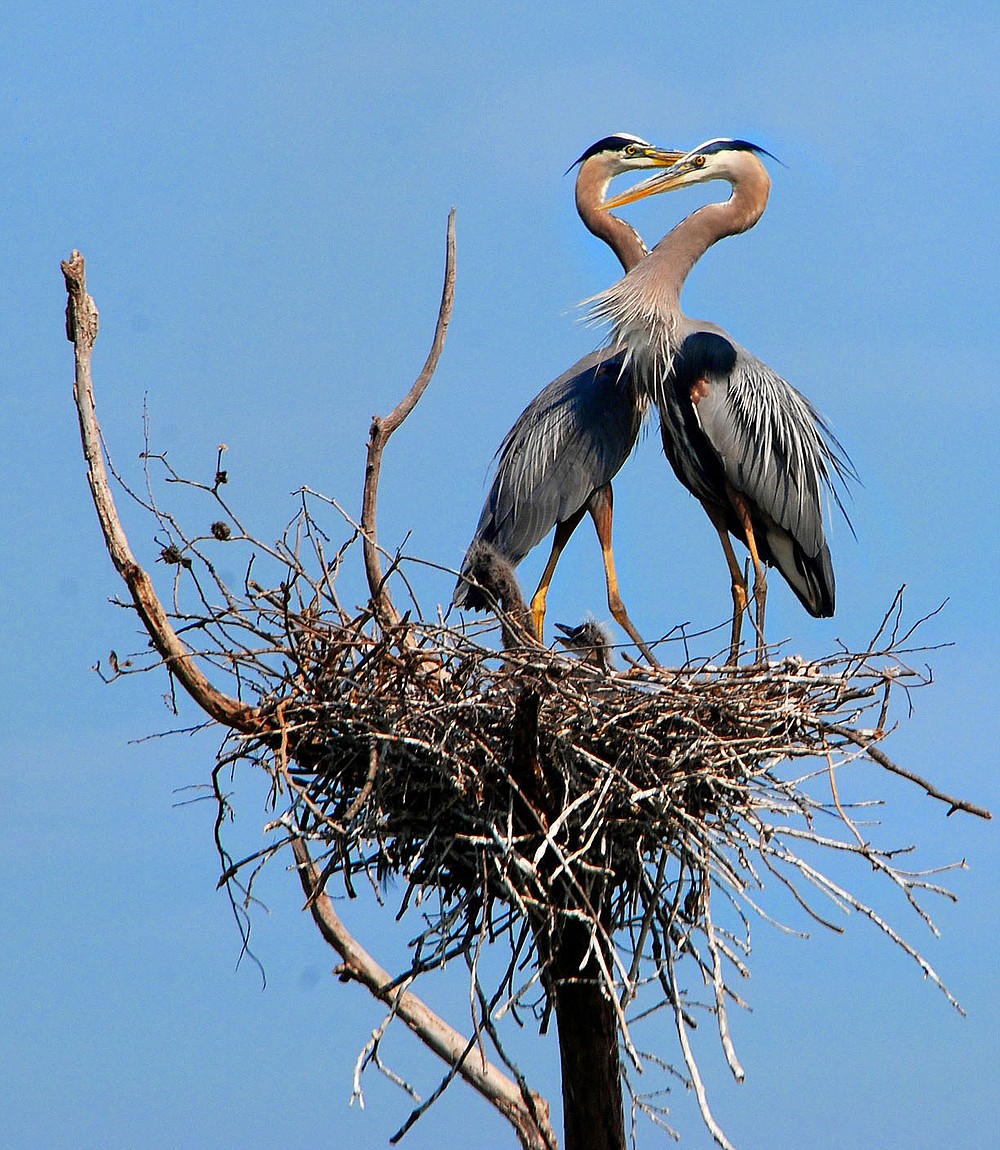 Submitted/TERRY STANFILL
This pair of great blue herons was photographed on a nest at the Wild Wilderness Safari in June 2011. 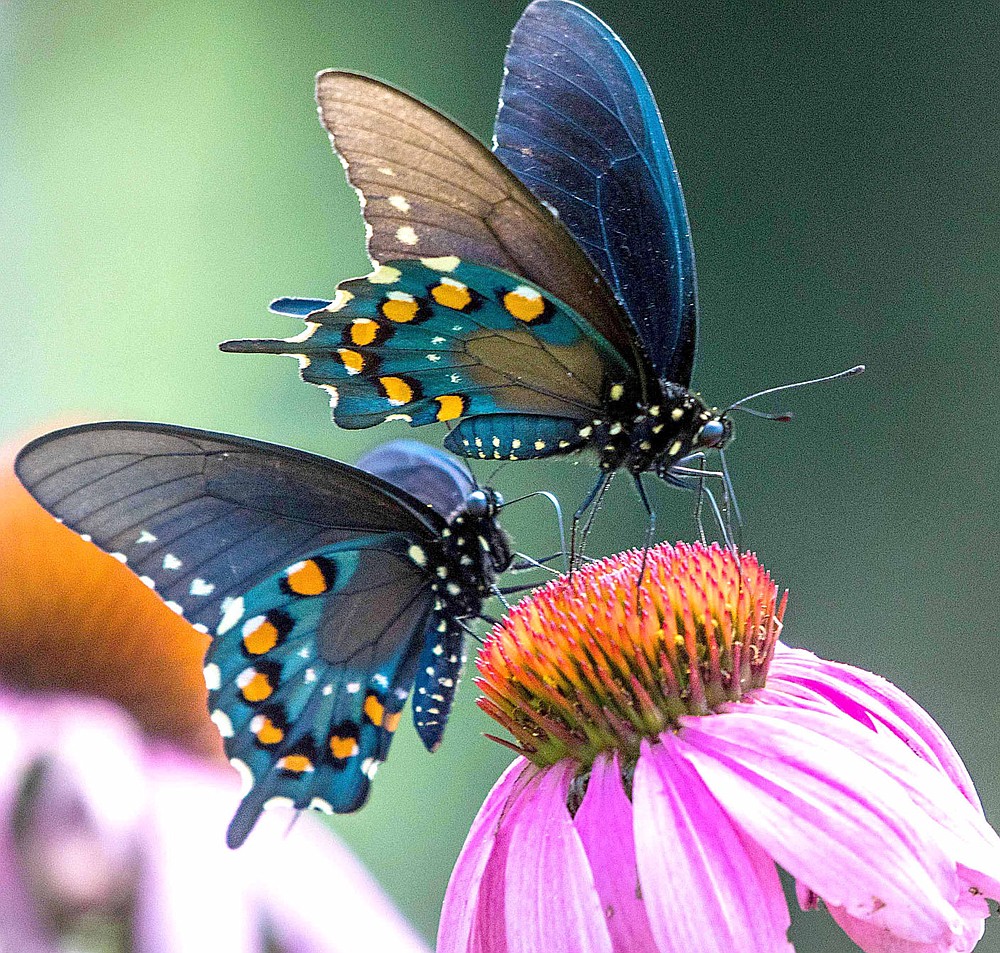 Submitted/TERRY STANFILL
Two pipevine swallowtails visit the blooms of a coneflower in June 2019. 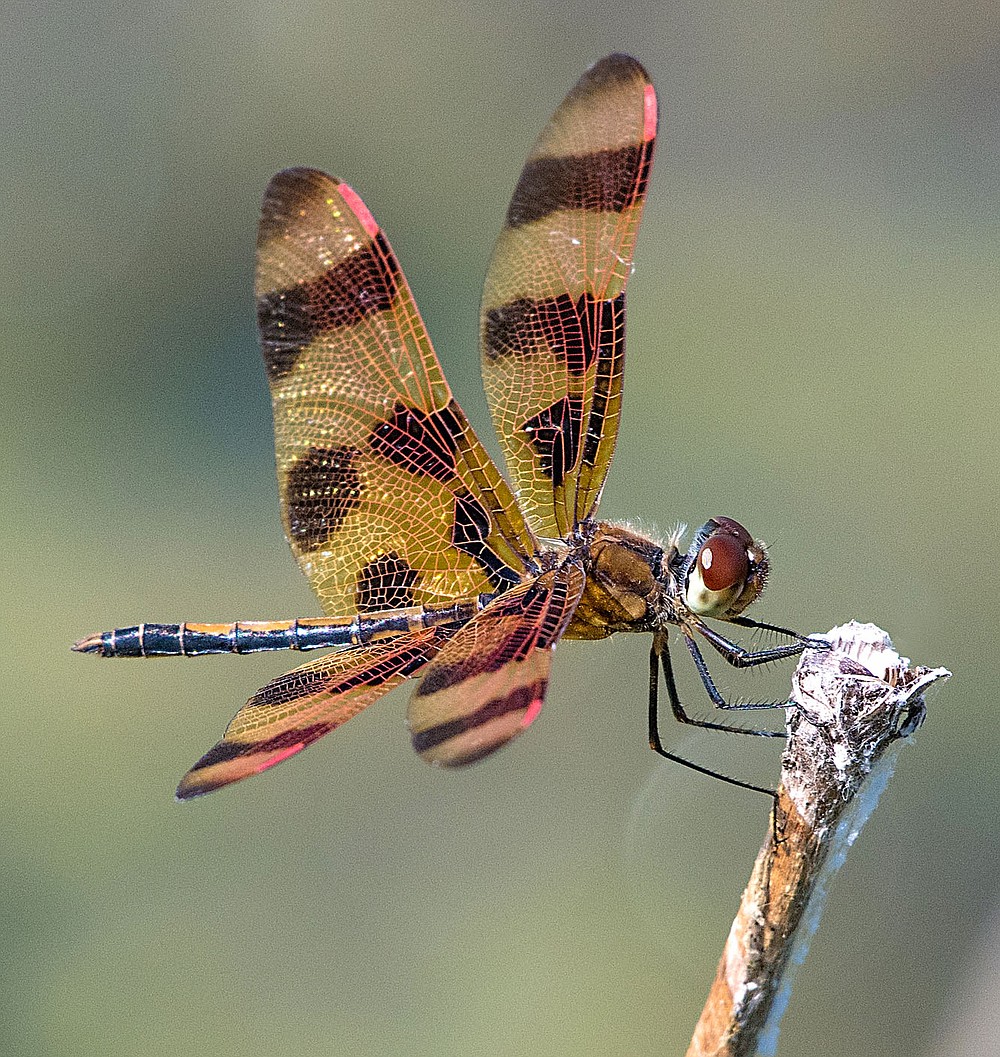 Submitted/TERRY STANFILL
A holloween pennant perches on a twig, taken in June 2019. 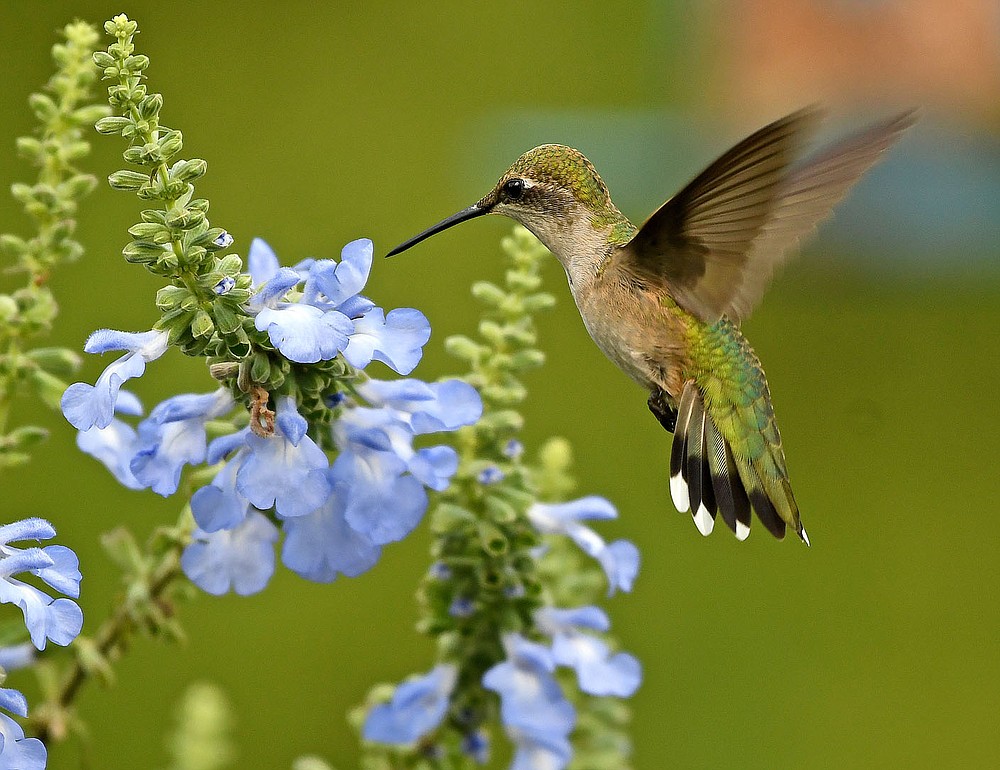 Submitted/TERRY STANFILL
This photo of a hummingbird feeding on the nectar of area wildflowers was taken in August 2019. 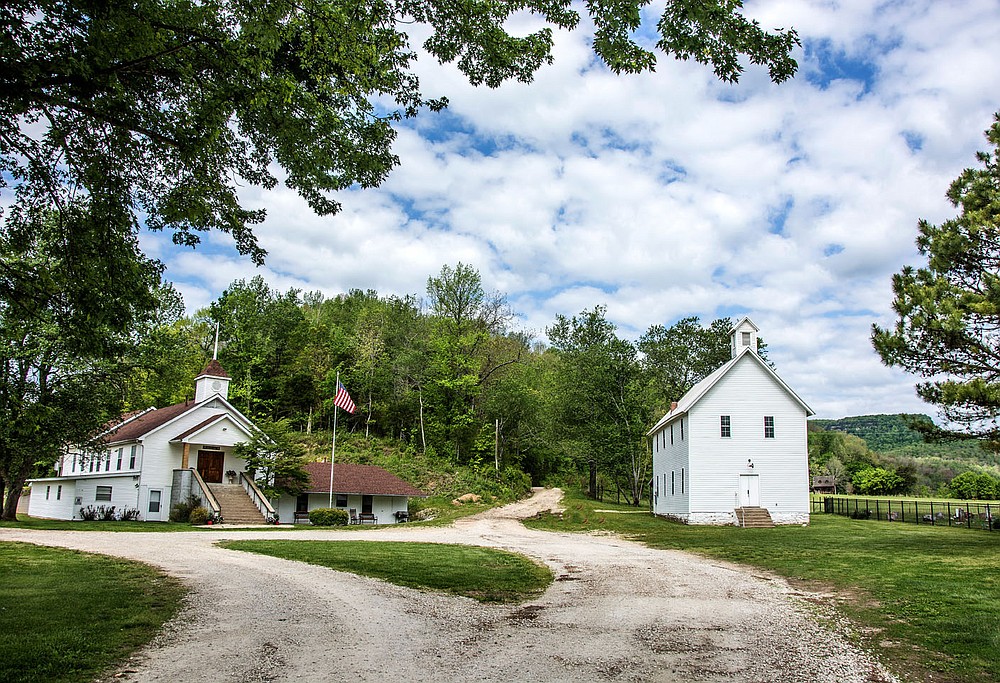 Submitted/TERRY STANFILL
Terry enjoyed the beauty of Boxley Valley near Ponca, Ark., as well as the historic Boxley Valley Church, across the road from the Boxley Baptist Church. His final resting place is to be in Walnut Grove Cemetery (on the right side of the photo). 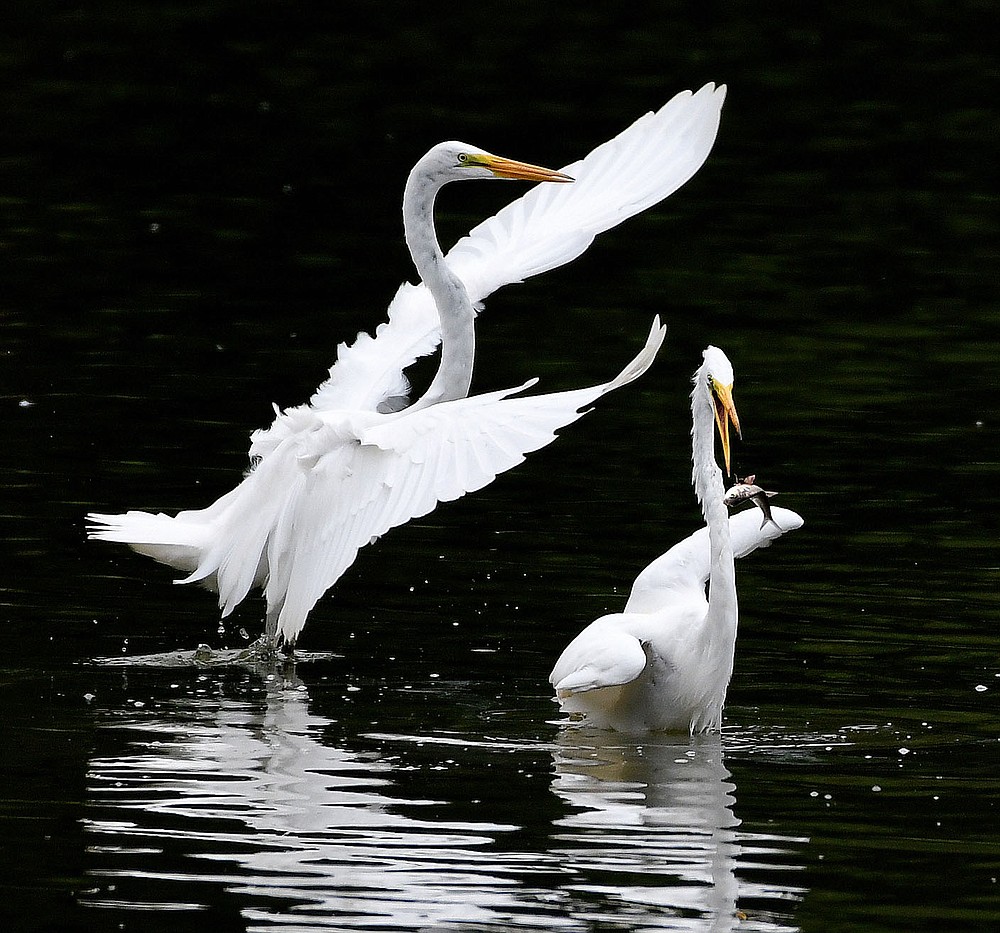 Submitted/TERRY STANFILL
This photo of egrets in the shallows of SWEPCO Lake along the Eagle Watch Trail was another favorite of Terry’s. He took this photo in July 2018. 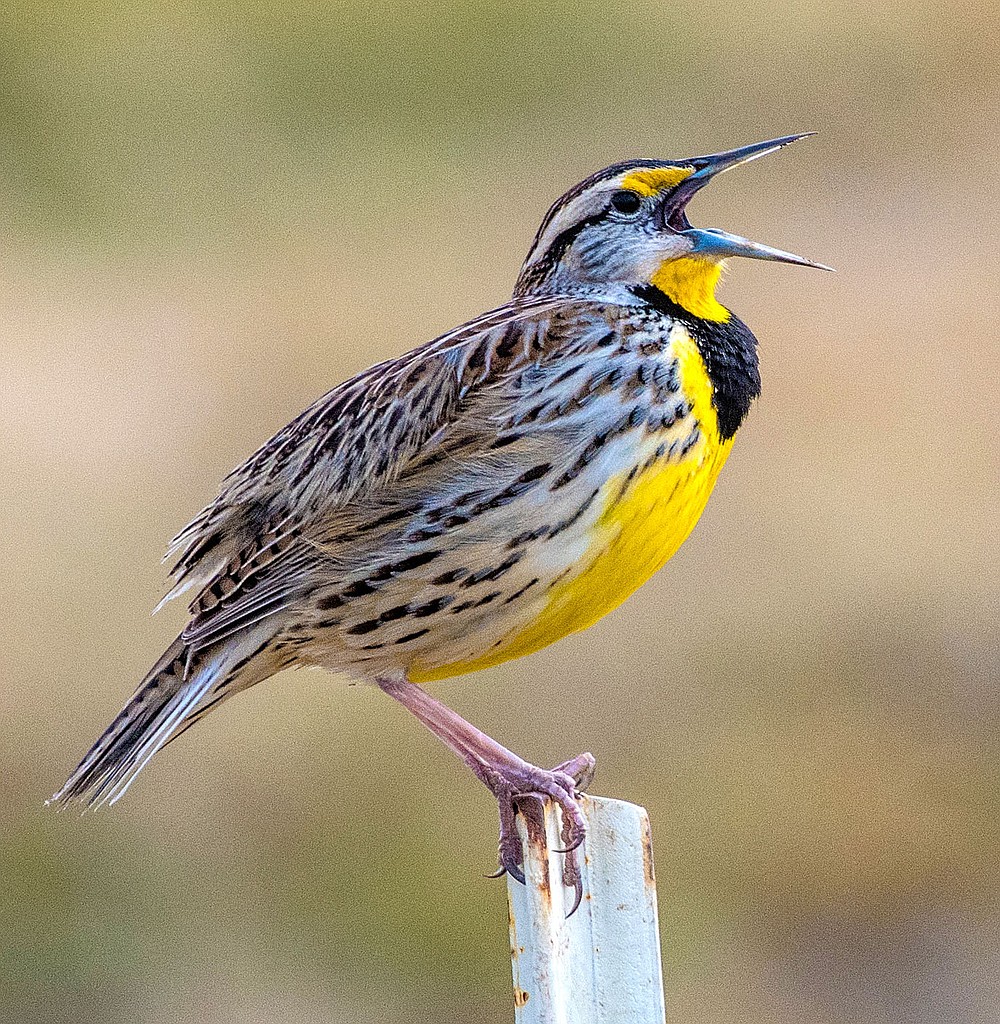 Submitted/TERRY STANFILL
A meadowlark sings atop a fencepost on Feb. 26, 2019, near Gentry. 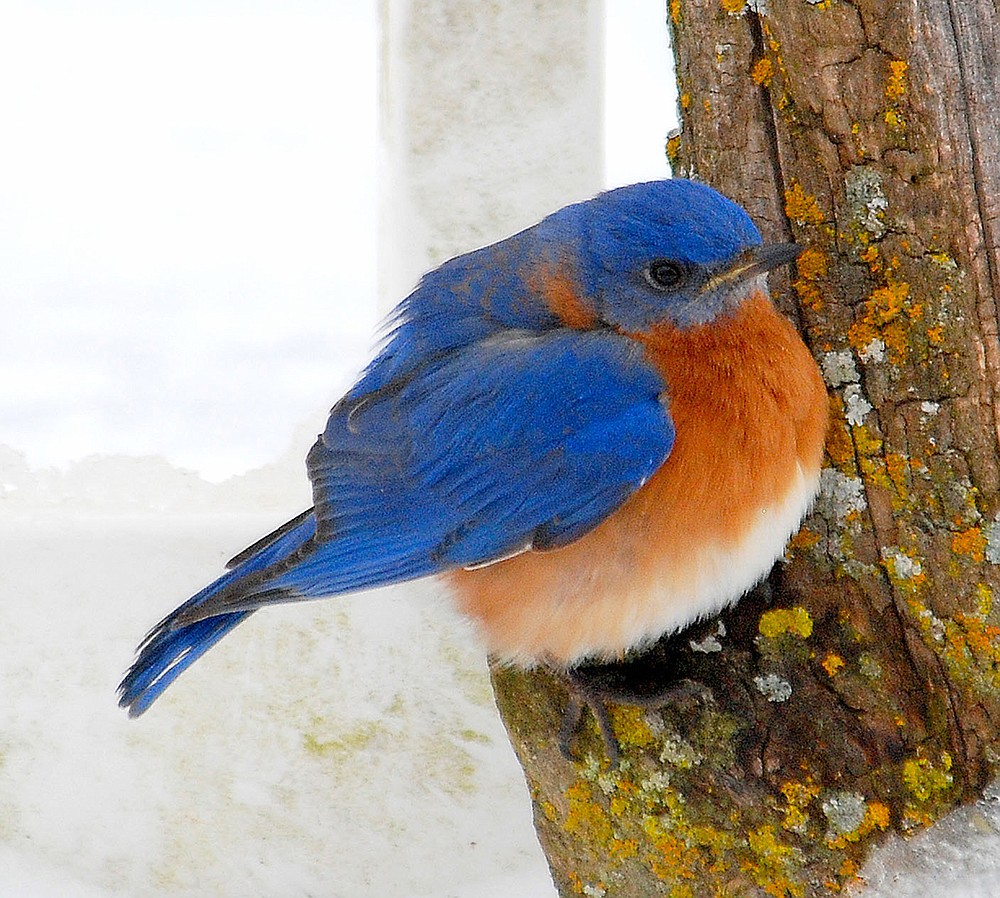 Submitted/TERRY STANFILL
The snow didn’t stop Terry from venturing out to take photos. An eastern bluebird braves the snow and ice in the region in 2015. 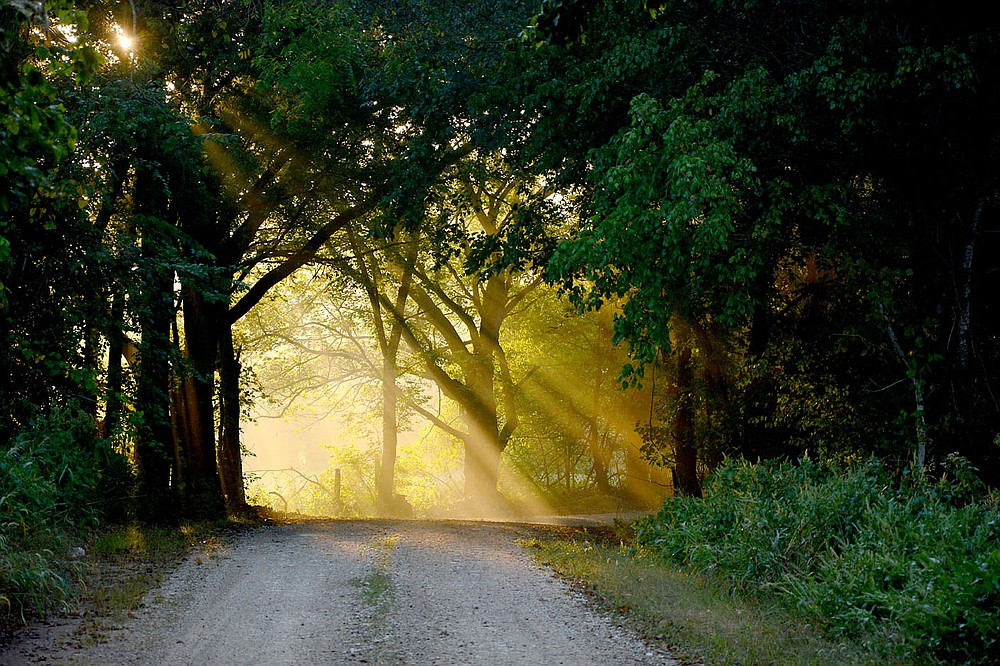 Submitted/TERRY STANFILL
And, close to his home, Terry captured the early morning sun’s rays on the road in Coon Hollow, west of Gentry and Decatur. 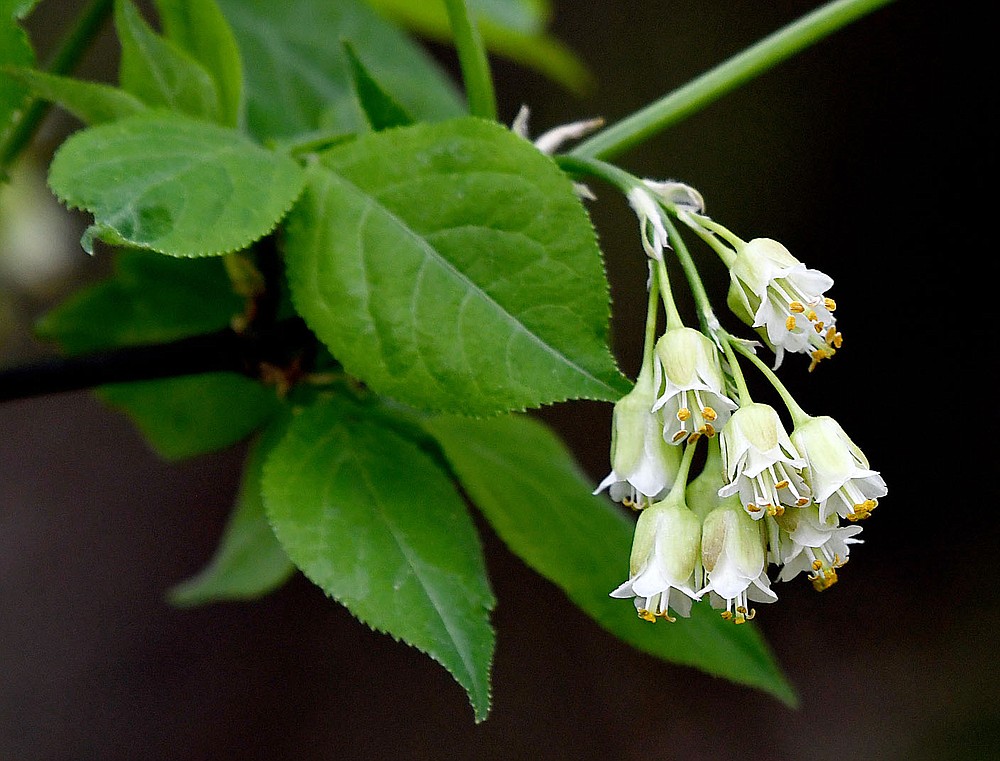 Submitted/TERRY STANFILL
Terry photographed these flowers of the bladdernut in April 2021. 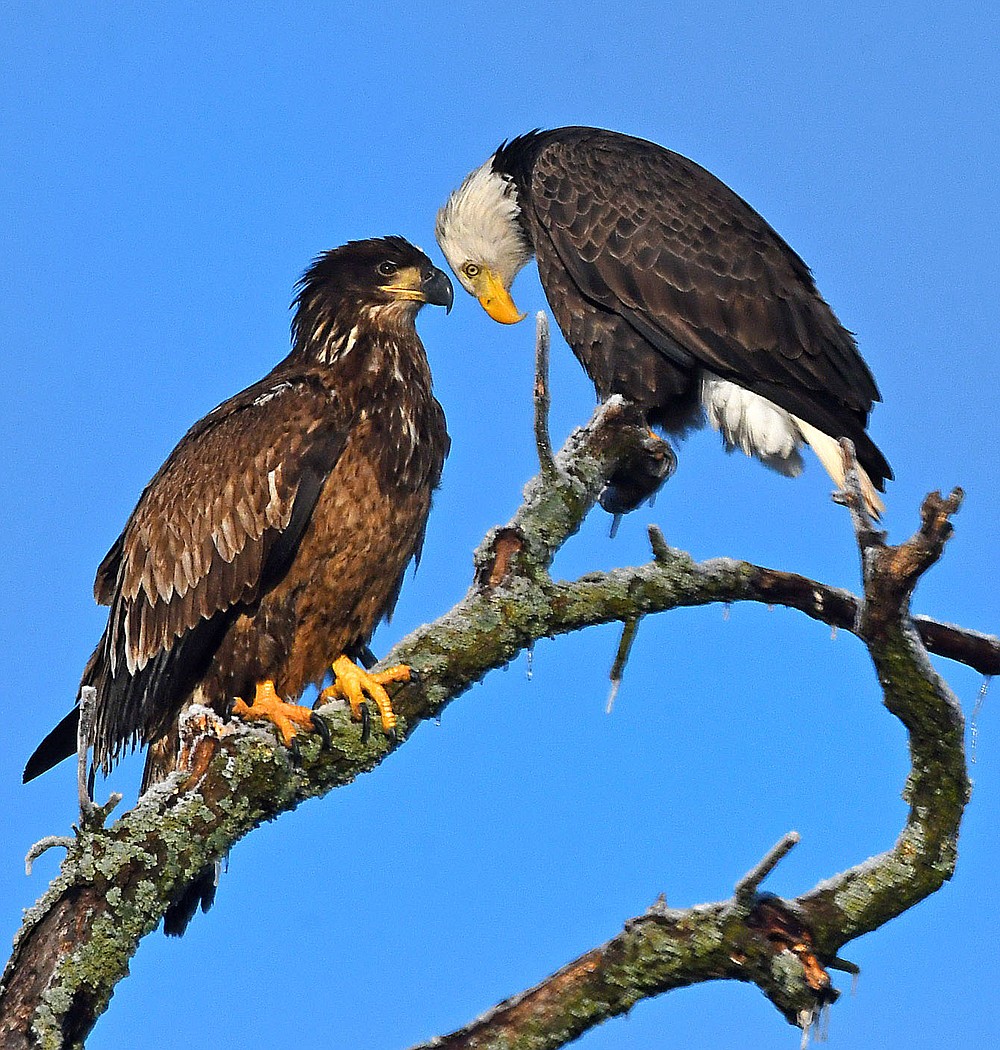 Submitted/TERRY STANFILL
Terry captured this photo of an adult and a juvenile bald eagle perched high atop a dead tree in December 2018.

Exhibition to open this weekend for proposed Marlow film studio