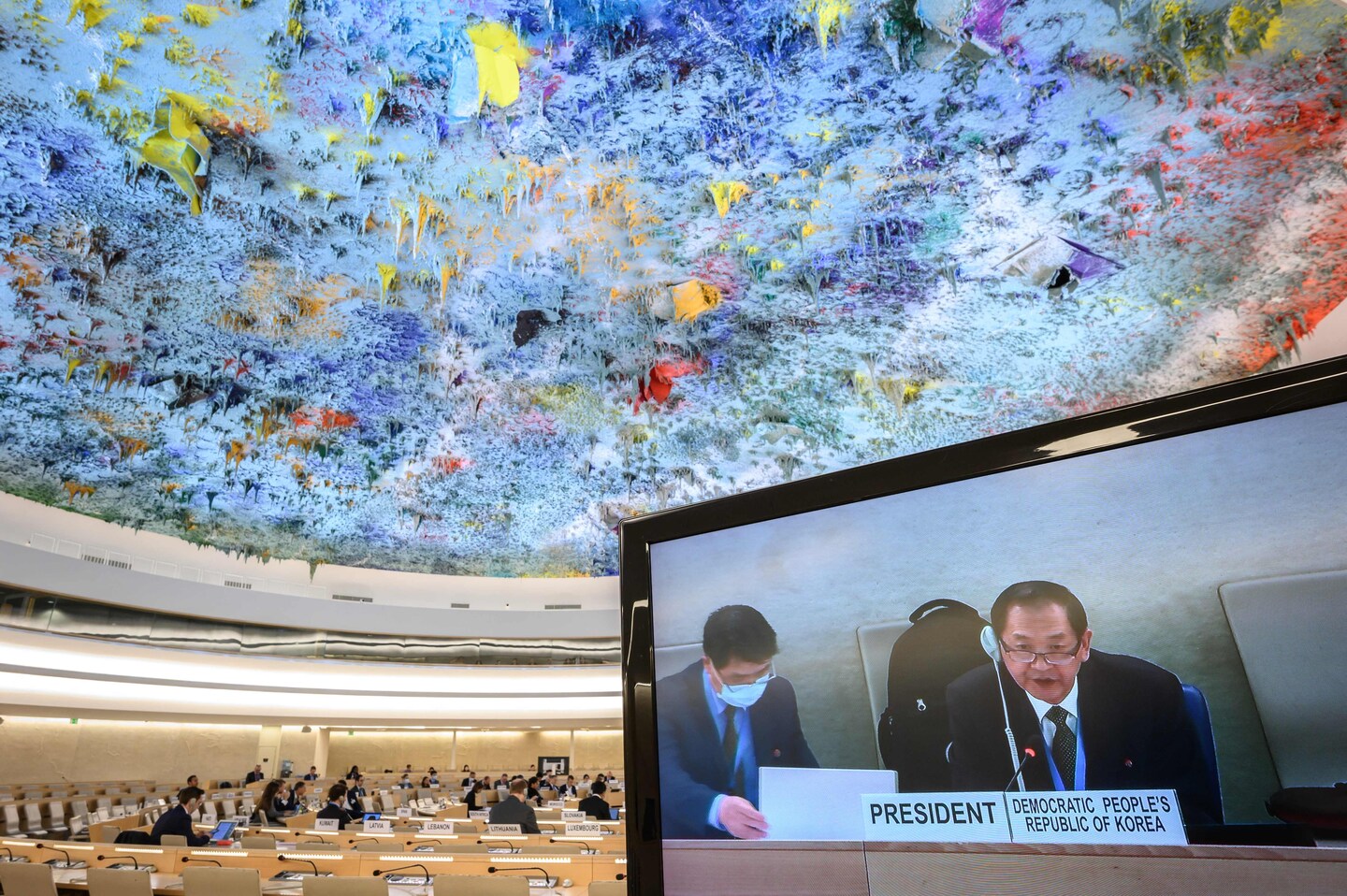 SEOUL — North Korea, which has been developing nuclear weapons in defiance of sanctions imposed by the United Nations, has taken the helm of the U.N.-backed Conference on Disarmament.

North Korea’s turn in the rotating presidency started on Thursday amid reports that the country is about to resume nuclear tests after a nearly five-year hiatus and amid its most active spate in years of test ballistic missile launches.

The forum’s presidency rotates among its 65 member states according to the English alphabetical order at a four-week interval.

A coalition of some 50 countries expressed concerns about North Korea chairing the world’s only permanent and multilateral forum for disarmament. Australian Ambassador Amanda Gorely, on behalf of the coalition, condemned the North’s “reckless actions which continue to seriously undermine the very value of the Conference on Disarmament,” according to the Associated Press.

North Korea’s presidency raised questions in Washington about the efficacy of the Geneva-based forum. “It certainly does call that into question when you have a regime like the DPRK in a senior leadership post, a regime that has done as much as any other government around the world to erode the nonproliferation norm,” said State Department spokesman Ned Price, referring to North Korea by its official name.

Pyongyang’s envoy to the forum, Han Tae-song, lashed out at what he called “threats” from the United States, saying that the two countries are “still at war.” Han told the forum’s meeting on Thursday that he “takes note” of the criticism from other member states and vowed to work toward “global peace and disarmament.”

Since the beginning of the year, North Korea has been conducting an unprecedented flurry of weapons tests. Recent launches from the North include intercontinental ballistic missiles that are capable of reaching the U.S. mainland. In response to the recent missile launches, the United States called for more sanctions against the regime at a meeting of the U.N. Security Council last week.

Officials in Seoul and Washington said North Korea appears to have restored a demolished nuclear test site in a bid to resume activities there. Amid signs of an imminent nuclear test explosion, U.S. nuclear envoy Sung Kim on Friday met with his South Korean and Japanese counterparts to prepare for “all contingencies.”

“We want to make clear to the DPRK that its unlawful and destabilizing activities have consequences and that the international community will not accept these actions as normal,” he said.

Gorely, the Australian ambassador, said the coalition decided against boycotting North Korea’s presidency as requested by a group of nongovernmental organizations. She added the member states’ attendance does not give a “tacit consent” to the North’s aggressions that violate the U.N. sanctions. Some diplomatic missions lowered the level of their representation following North Korea’s accession.

Syria’s presidency of the same body in 2018 sparked stronger protests, including a walkout, from member states condemning the Arab state for using chemical weapons.

“North Korea’s presidency defeats the purpose of the conference, but it is inevitable as member states rotate at short intervals,” said Oh Joon, former South Korean ambassador to the United Nations. While North Korea could attempt to take advantage of the appointment, its role is largely limited to an administrative one that is insufficient to impact the conference, he said.

The Conference on Disarmament launched in the late 1970s as an international negotiating body for arms control, but it has failed to generate notable deals since 1996. Over the past decades, the forum has been reduced to a symbolic platform for member states to protest or defend military developments.