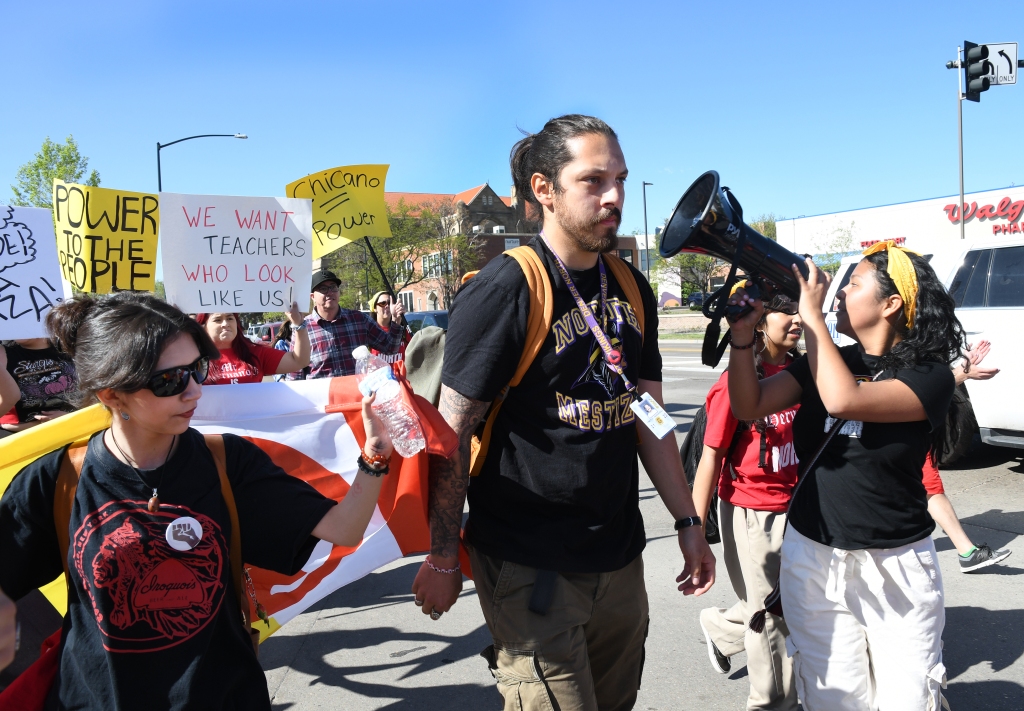 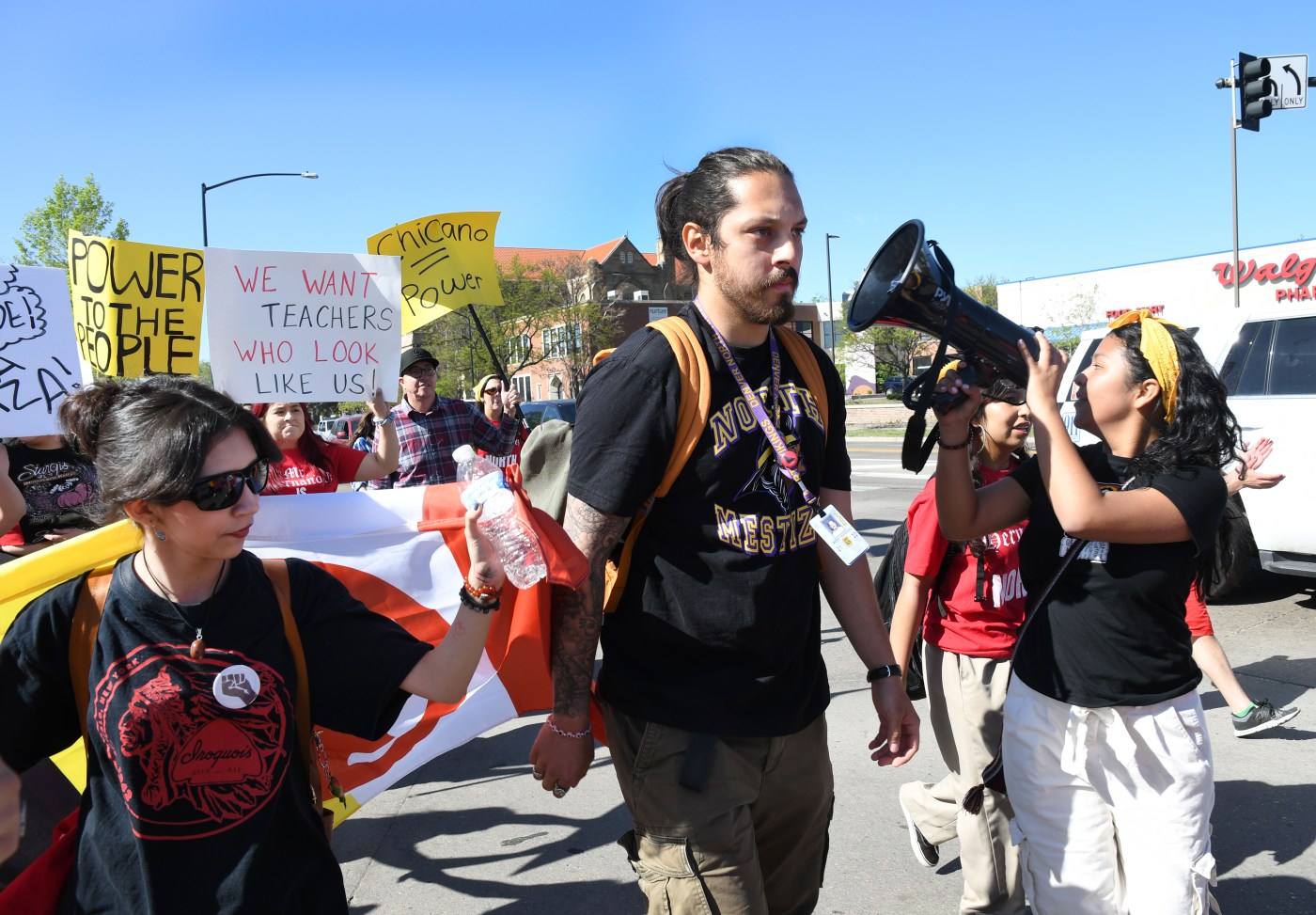 Rita Haecker, executive director of the Denver Classroom Teacher Association, said she was present for the meeting Friday at which Hernández was placed on paid leave pending an investigation.

Haecker said DPS leadership told Hernández the administrative leave was put in place because he left his classroom duties to march with his students.

Scott Pribble, a DPS spokesman, confirmed Hernández was placed on paid administrative leave effective immediately, but declined to discuss the matter further, saying it was a personnel matter.

Students, parents and members of the North High School community organized protests this week after Hernández was told his teaching contract at the predominantly Latino school would not be renewed despite his English department’s support and the multiple community events Hernández put on for his students.

This is a developing story that will be updated.