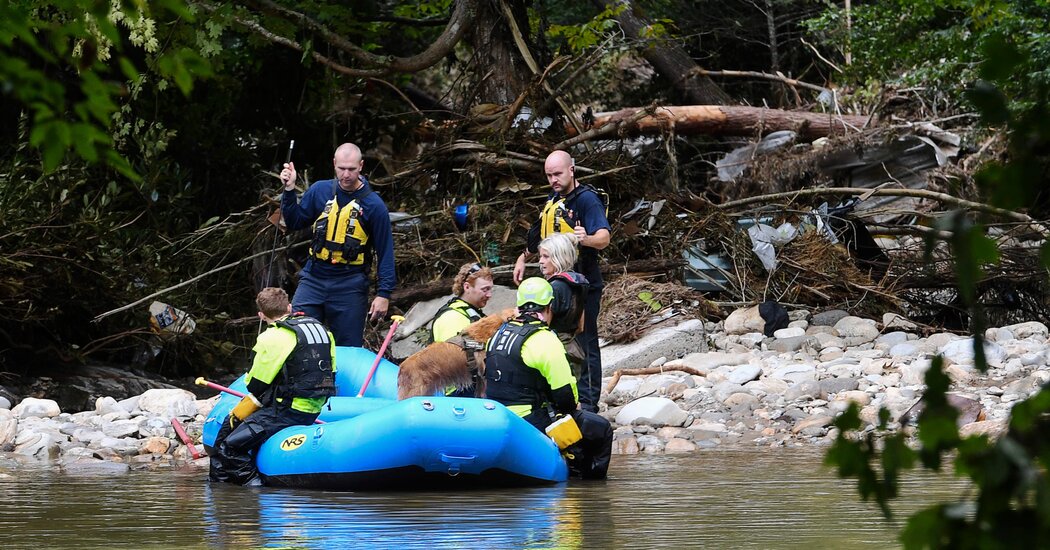 Five people were killed after flash floods wiped out homes in western North Carolina in the wake of Tropical Depression Fred last week, the authorities said on Sunday, as rescuers searched for another person who remained missing.

The remnants of the storm dropped more than 10 inches of rain last Tuesday in Haywood County, N.C., causing the Pigeon River to overflow, washing away bridges and blocking roads with piles of debris.

All five of the people who died were from Cruso, N.C., where homes were swept off their foundations, the Haywood County government said on Sunday evening.

County officials have estimated that the flood had caused at least $300 million worth of damage and destroyed 225 structures in Cruso, and noted that the estimate did not include damage in the towns of Canton and Clyde.

Gov. Roy Cooper of North Carolina toured the area last Thursday and issued a state of emergency. “When you’re flooded, you really almost have to start all over again,” he said.

Other parts of the Southeast are also cleaning up from the heavy rains — and, in a few places, tornadoes — that Fred brought to the region last week.

In Tennessee, at least 22 people were killed, including twin 7-month-olds, when catastrophic flash floods swept through rural communities about 90 minutes west of Nashville on Saturday, the authorities said. At least two dozen others remained missing as of early Monday morning.

“It is a devastating picture of loss and heartache,” Gov. Bill Lee of Tennessee said at a news conference on Sunday night.

Though no one particular storm can be directly attributed to climate change without further analysis, Fred it fits a general pattern. Warm air can hold more moisture, resulting in heavier rainstorms.

It was the sixth named storm of the 2021 Atlantic hurricane season. The storm had previously made landfall in the Dominican Republic and brought heavy rain to eastern Cuba and some of the Bahamas.