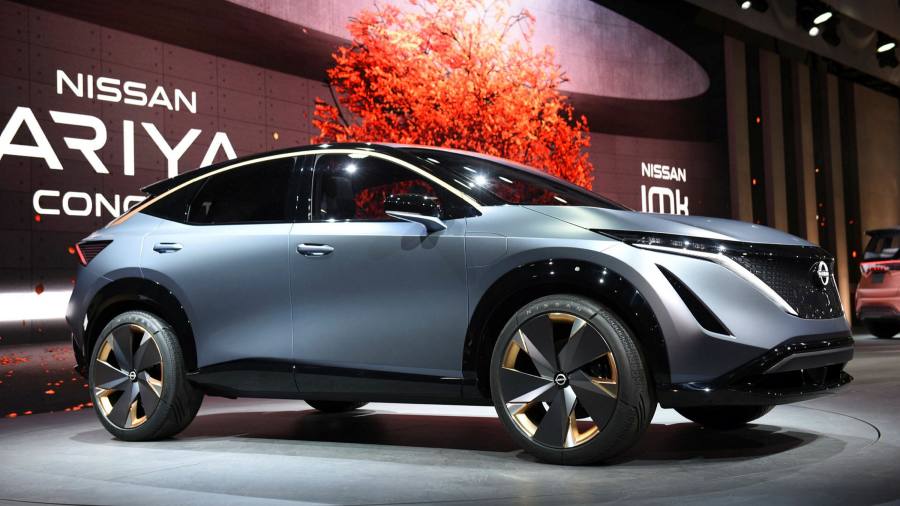 First, it was the coronavirus pandemic, then the semiconductor shortage. Now, Nissan is wrestling with a surge in the prices of precious metals that threatens to derail the global car industry’s rebound from Covid-19.

The steep rise in the prices of metals such as rhodium and palladium, which are critical components in catalytic converters for petrol and hybrid vehicles, is expected to cost the global industry $48bn this year, Citigroup estimates. That compares with $18bn in 2019, which squeezed industry cash flows 15 per cent.

“[In addition to the coronavirus crisis and the global chip shortage,] the third risk which is coming in front of us is raw materials, especially the precious metals,” Ashwani Gupta, Nissan’s chief operating officer, said in an interview. “That’s a key point for us as to how we are going to manage that.”

The increase in raw material costs comes at a critical phase in the Japanese carmaker’s turnround plan. Following three straight quarters of losses, job cuts and plant closures, Nissan unexpectedly managed to eke out an operating profit in the final three months of 2020.

But its profit margin, at 2.5 per cent, remains low at a time when the car industry is facing forced plant closures because of a global shortage of semiconductor components. On a full-year basis, Nissan expects a net loss of $5bn.

Following a multiyear bull run, the price of rhodium is roughly 38 times higher than five years ago, while palladium prices have quadrupled.

A global shift towards stringent standards on car emissions and air pollution, particularly in China and Europe, has driven up demand for the metals that go into making catalytic converters. The converters turn toxic emissions such as carbon monoxide and nitrogen oxide into carbon dioxide, water and nitrogen.

Gupta said the rising costs of metals could make electric vehicles more competitive than petrol and hybrid cars, since electric vehicles did not contain rhodium or palladium. “I think the increase in the raw material price is also an opportunity for us to pull ahead the tipping point from internal combustion engines to electrification,” he added.

Nissan has said that all of its vehicles launched in Japan, the US and China would be either electric or hybrid by the “early 2030s”. The producer of the Leaf — one of the world’s best-selling electric vehicles in 2018 before Tesla displaced it — plans to launch the Ariya, an all-electric sport utility vehicle, later this year.

However, Citigroup analyst Arifumi Yoshida said the cost of precious metals alone was unlikely to accelerate the transition, because electric vehicles contain other materials such as copper and lithium, which are themselves becoming increasingly expensive.

How Nissan, which has an alliance with France’s Renault and Mitsubishi Motors, handles raw material costs will be critical for the group, which has sought to change its spending habits as it shifts from pursuing volume to quality of sales.

Gupta, who was put in charge of turnround efforts in late 2019, said changing the corporate mindset and instilling discipline had been a challenge.

As part of the transition, he sold all of Nissan’s corporate jets, a legacy of the Carlos Ghosn era; shut down the executive canteen to make space for employees who were relocated from rental offices that were closed to save costs; and banned non-essential use of colour printers.

“Changing from volume to value is not easy and it’s not done yet. It’s just the beginning,” Gupta said.

Shares in Nissan have risen more than 20 per cent over the past year on early signs of a recovery and a boost for stocks linked to electric vehicles.

But “investors are still sceptical whether the company can continue improving profit margins once the new vehicle launches run their course”, Yoshida said.