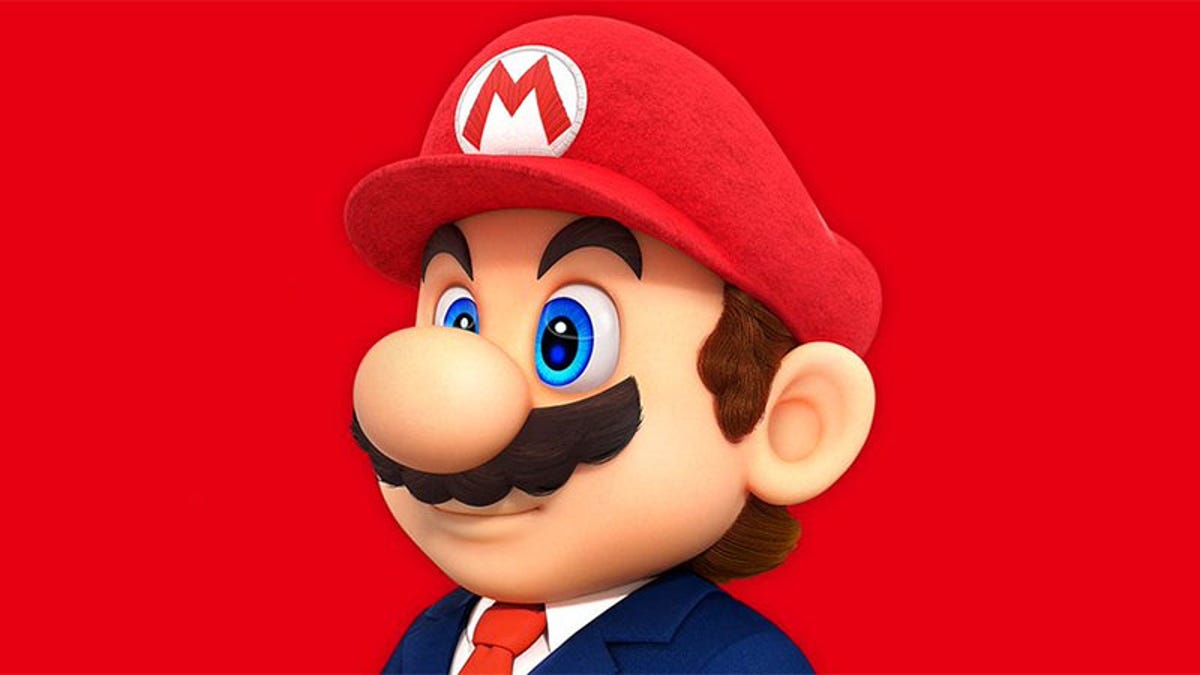 Back in February, Gary Bowser—who in most media reports has been described as a ‘hacker’—was sentenced to 40 months in prison for his role in selling cheat and modification devices for Nintendo hardware. Being a court case, most of the reporting dealt only with names on a page and cold facts, but a transcript of Bowser’s sentencing hearing that has just been released has given us all a reminder that this was a very human case where the motivations, actions and outcomes were more complex than has mostly been reported.

The transcript—first reported by Axios— records everything that was said at Bowser’s sentencing, including statements by his lawyer, representatives from the United States Attorney’s Office and Department of Justice, Nintendo’s General Counsel and the judge himself.

I’m not going to reprint the entire thing here, but there were a number of passages that I think paint this case in a more human light than we’d have otherwise been able to see it through the lens of “Crime + Verdict” reporting, and so I thought were worth sharing.

This is Anand Patel from the Department of Justice, pointing out how much Bowser made during his time with the hacking group Team Xecuter after his previous business had gone bust:

While he might have been an unlucky businessman, that doesn’t condone his actions here. The stipulated loss amount was the foreseeable result of the enterprise’s and Mr. Bowser’s conduct. But even if you do look at Mr. Bowser’s gain, the $320,000 over the course of seven years, it did provide a very comfortable lifestyle. That equates to about $3,800 a month, all of which was disposal income that would not have been available to him but for his involvement in the conspiracy. And you have to keep in mind that this was in the Dominican Republic, where the lifestyle is a little bit different than some of the other co-defendants in the case. That amount allowed Mr. Bowser to live a comfortable life. He bought a car, he was living in a nice apartment, after basically losing everything.

These are comments from Bowser’s lawyer, explaining the kind of conditions he has been detained in since he was first arrested, and which Nintendo were only so keen to send out a congratulatory press release boasting about back in February:

Your Honor, when I met with Mr. Bowser, when Mr. Sanders and I met with Mr. Bowser this morning in the lockup — it’s really interesting how you learn new things all the time, even after you have been with someone for a year — and we were just discussing the journey he took when he arrived in New Jersey, was taken into custody, and then went from one federal prison to another and ended up in Nevada. And he told me when he came in, he weighed 410 pounds — I didn’t know that he weighed that much — and by the time he got to the FDC, he was down to 320. He had lost 90 pounds. So I asked him, “Well, how did that happen?” Well, he said he wasn’t getting adequate treatment for the elephantiasis in his leg. And the one thing you have to really worry about is you have to worry about skin breakage, and when that happens, you’re very susceptible to a bad infection. He had a bad infection, they took him to a hospital in Pahrump, Nevada, and he got past that. But, you know, I asked him how he was doing this morning. He says, “Well, you know, I had this little break in my skin this morning.” I said, “Well, how are you dealing with that?” He said, “Well, I had some coffee and I made a little paste, and I’ve heard that that’s really good to take care of your skin.” And I think it just brought home for me that the physical challenges he has — they’re not life threatening; you know, the BOP will try to do the best they can to take care of him — it is a big challenge to get adequate medical care, and he has to essentially care for himself.

This is a picture of a typical cell at the detention center at SeaTac. Two people live in this space. I showed this to Mr. Bowser this morning — because this is not his cell — and he said, “Well, you know, I’m in a somewhat special cell. Mine is about 18-inches wider because it’s a special cell to accommodate the wheelchair that I was using much of the time, and I get the bottom bunk because of my problem.” But there are two people here. For six months of the last 16 months, he has been locked in this sized cell, plus 18 inches, for at least 23 hours a day. During the height of COVID, they only let people out every three days to go out to take a shower for maybe a half an hour and come back. So, you know, he gets out a little bit, but this is where he spent six months.

Bowser’s lawyer also took the opportunity to remind everyone that, while the defendant was commonly known now as a “hacker” thanks to news reports covering the case, his exact role with Team Xecuter was actually as a salesman and support guy:

One of the things that has happened over time is that facts get embellished when we’re talking about what the group did and what Mr. Bowser’s role was, and I think it’s important to keep those two things separate. Without Mr. Bowser, this enterprise would have gone on. There would have been another Mr. Bowser. Without Mr. Chen, without Mr. Louarn [the leaders of Team Xecuter], that’s not true. Mr. Bowser was not a developer. The developers, the people who actually made these devices and fixed them when Nintendo responded to it, they were paid very handsomely, much more than Mr. Bowser. He was not a reseller. He was not one of those independent contractors who was making a lot of money for that. That being said, the comments about Mr. Bowser’s role as being significant are accurate, and we’re not disputing that.

Bowser himself also took the stand, mostly to apologise to developers and publishers for his actions, but also to provide some further background as to what his 16 months in custody had been like:

It has been a very traumatic experience for me getting arrested, coming here, going through this. This is my first time actually in a jail going through the court process and everything. And the amount of time I’ve spent already, 16 months in custody, a lot of that time — I spent six months, basically, locked up due to COVID. I went through all three of the COVID waves before there was even a vaccine available. I personally haven’t got the vaccine, and the reason, I am skeptical with my medical condition, how it will affect me, and I haven’t been able to actually have proper medical treatment because I haven’t been able to have a one-on-one with a doctor to see if the vaccine would be possible with my health conditions. When I first got arrested, I was 410 pounds. I had to use a wheelchair. I spent my life drinking, since I was age 15, after my mom died, and this is the longest time I have been sober in my life.

This is Nintendo’s General Counsel Ajay Singh, repeating the same fallacy you always see in piracy cases—the false equivocacy that every pirated game equals a lost sale, which is simply not true—before getting to the real meat of Nintendo’s pursuit: he claims that Team Xecuter, the group Bowser was part of, had been such a pain in Nintendo’s ass that the company had to release entirely new models of hardware, which seems like a much more likely motivating factor in this lawsuit than the games themselves:

With respect to Nintendo, the defendant and the government have stipulated to damages greater than $65 million. On top of that, Nintendo has spent enormous resources trying to stop Team Xecuter. We have been working on this for decades — well, at least for a decade, I would say. Nintendo has had to update its hardware to prevent Team Xecuter devices from working. That included releasing a new version of our console. It has also spent significant resources on software updates and, of course, on IP enforcement around the world.

And finally, here is the judge sentencing Bowser, saying that he’s somehow going hard on the defendant (by “sending a message”) while also simultaneously going easy on him (by saying under “normal circumstances” he would be sent to prison for “five years):

…I always tell the jurors, “Your role is not to send a message. Your role is to decide guilt or innocence on the facts.” But my role sometimes does entail sending a message. For a long time, you know, white-color crime was considered not real crime and it flourished. We, in this community, still remember the Washington Mutual Bank disaster where nobody went to prison, nobody went to jail, nobody got criminally prosecuted, for what should have been serious criminal offenses. And when people do start getting charged with things, it does have an impact and provides general deterrence that this is not a joke, these are serious criminal offenses, with real victims and significant financial impacts on communities. So I think there is a role to be played here in terms of a message being sent out, and I want the message to be clear that, under normal circumstances, I would send Mr. Bowser to prison for five years. I don’t want to send any kind of mixed message to France. If Mr. Louarn [a more prominent figure in the piracy scene] comes in front of me for sentencing, he may very well be doing double-digit years in prison for his role and his involvement, and the same with the other individual. But we do have a situation here where Mr. Bowser, as terrible as his crimes were, is the least culpable of the three, and he has serious medical issues and challenges, and he’s been incarcerated under very difficult conditions for a significant period of time. So taking all of those things into consideration, I’m going to agree with Ms. Whaley here that a 40-month sentence is appropriate, and I will impose the 40 months.

None of this changes the fundamentals of the story, or Bowser’s guilt. The man committed a crime, knows he did and has been punished for it. But like I said, it does provide some context for the events beyond “man does crime”, and maybe helps show that cases like this are more complicated than press releases sent out by Nintendo and federal authorities are capable of getting across.