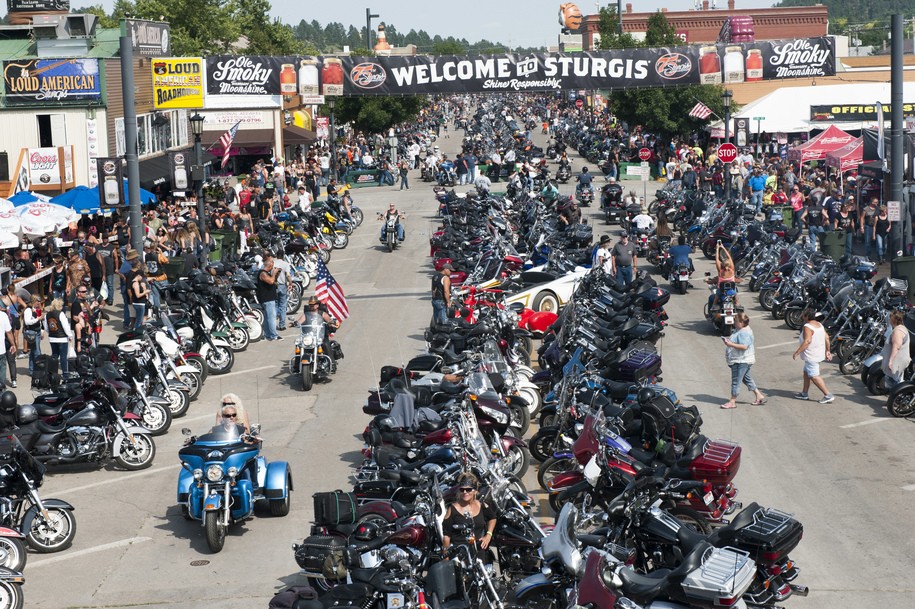 Six arrests have been made as a result of a sex trafficking operation targeting online predators during the Sturgis Motorcycle Rally, which ran from Aug. 6-15.

At least three of the men live in the area and another is described as an Airman with the U.S. Air Force.

During the operation, law enforcement placed multiple advertisements on online websites and mobile applications to communicate with online predators.

By the close of business on Tuesday, an additional three men had been collared. Of the nine men who were arrested, seven are Black Hills residents, one lives in New York state, and one is stationed at Ellsworth Air Force Base.

The investigation involved the standard playbook for investigating child sex trafficking, with agents posing as minors in order to smoke out predators. This made for some rather embarrassing moments, to say the least, when these suspected scumbags were arrested. One of them, Stephen Fontenot, claimed he was going to counsel the 12-year-old girl with whom he believed he was chatting. According to Homeland Security Investigations agent Robert Espinosa, this is “a common assertion” by people busted for this. Considering that Fontenot was busted in possession of condoms, one has to wonder about his idea of “counseling.”

Another suspect, Airman First Class James Hanapel, claimed to be concerned about getting into trouble when the “girl” with whom he thought was chatting revealed that she was 14. Apparently Hanapel’s  “concern” was so great that he continued to have sexually charged conversations with her. He subsequently admitted that he intended to have sex with the “girl”—and still had the cojones to plead not guilty.

Another suspect, Christopher Dahl, who made the trip from Wolcott, New York—west of Rochester—allegedly responded to an ad on FetLife that was laden with emojis frequently used to suggest sexual exploitation. He buzzed the person who posted the ad, and told him that he was okay with meeting a 14-year-old girl—as he put it, “the younger the better.” He ultimately agreed to pay $250 for sex with the girl. It was only after his arrest that he found out the ad had been posted by an investigator with the Pennington County Sheriff’s Office. Even in the face of his own messages, Dahl claimed he was trying to “save” the girl.

According to Native Hope, if you add in this year’s arrest, this is at least the seventh year in a row that we’ve seen arrests around sex trafficking during Sturgis. Why “at least”? Well, it turns out South Dakota is a major center for sex trafficking. The two major highways that run through the state, I-90 and I-29, are major arteries of the “Midwest Pipeline” that ferries trafficking victims around the country. According to Native Hope, South Dakota’s “peaceful, homegrown mentality” makes a great cover for sex trafficking. It’s very likely that this investigation saved a number of Native American women and children; Native Americans are at higher risk for trafficking than any other ethnic group and account for a whopping 40% of trafficking victims in the state.

So it looks like some good may have come out of Sturgis after all. Some of the worst people in the world are being brought to justice.

Editor’s Note: This story has been updated to reflect final COVID-19 case numbers from the 2020 event per the CDC, and its headline has been changed.