Nikola plans to raise up to $100m from investors 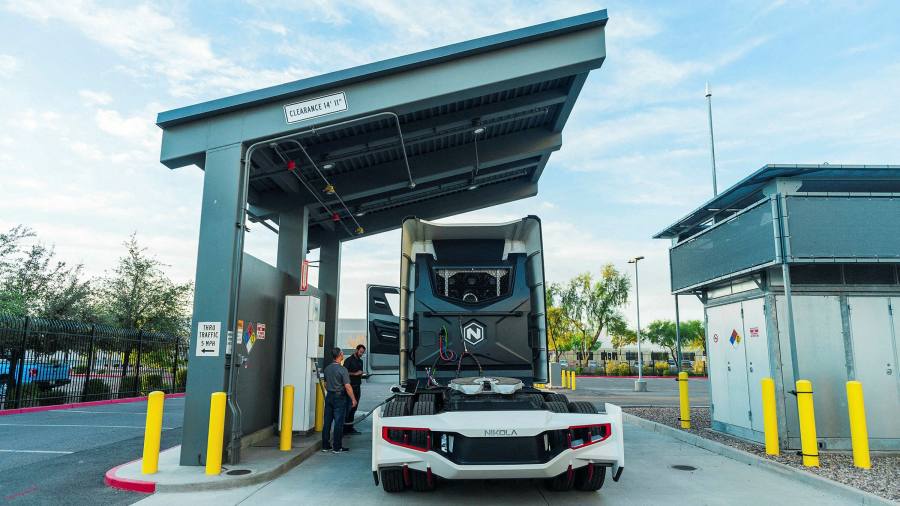 Nikola, an electric vehicle start-up plagued by legal troubles, plans to sell up to $100m in stock to investors.

The Arizona-based company said in a regulatory filing on Monday that it would attempt to raise capital for general corporate purposes, including building a factory in suburban Phoenix, developing commercial scale for battery and fuel cell-powered semi-trucks, and advancing hydrogen fuelling infrastructure.

Many electric vehicle players were currently trying to raise capital to tackle an estimated $5tn market for EVs over the next decade, said Dan Ives, an analyst at Wedbush. Investors are hungry to fund these companies, and scrutiny from federal law enforcement is unlikely to deter them if Nikola can deliver on its strategy.

“Right now, it’s an arms race, and Nikola is trying to execute on their vision,” he said. “It’s rebuilding, brick by brick, credibility.


“There’s going to be a lot of winners in this $5tn EV market, and it’s not just Tesla,” he added.

Though the company has yet to generate revenue, Nikola went public in June with a plan to revolutionise the trucking industry. It plans to sell electric semi-trucks powered by hydrogen fuel cells, while also building a fuelling station network.

But a short seller’s report in September calling the company “an intricate fraud” sent Nikola’s stock market value tumbling. Both the US Department of Justice and the Securities and Exchange Commission launched investigations.

Nikola, which had 391m outstanding shares at the end of last year, fell from a peak market capitalisation of $37bn in June to less than $7bn on Monday.

Kim Brady, Nikola’s chief financial officer, told investors in February that the company “always thought it would be prudent” to tap the financial markets this year.

“We’d like to make sure that we have adequate capital at least a year in advance or potentially a year-and-a-half . . . for our operating expenses and capital expenditures,” he said.

Nikola’s prospectus notes that so far losses for it and its corporate precursor total $574m and that losses will continue at least until it begins making significant deliveries to customers. Those deliveries are expected to start in 2022 for battery electric vehicles and the second half of 2023 for fuel cell EVs.

Nikola spent $28m last year on legal fees related to founder Trevor Milton’s false statements about its technology and production capability. Besides the investigations, it is facing multiple lawsuits.

If the “investigations and any resulting third-party claims yield adverse results over time, such results could jeopardise the company’s operations and exhaust its cash reserves, and could cause stockholders to lose their entire investment”, the prospectus said.