Newt Gingrich is a deadbeat with a $4.3 million debt—he doesn’t care 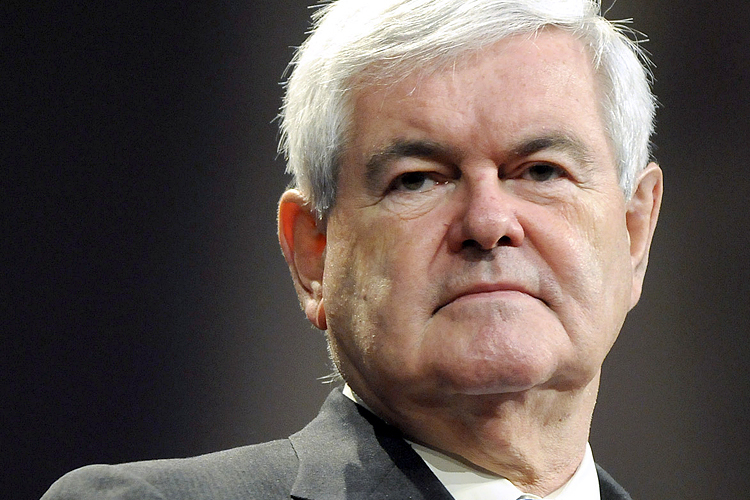 In 2012, HuffPost asked one of Gingrich’s vendors about the money he owed them.

“We got burned,” the Las Vegas graphics company owner said then.

Gregory Fournier owned a Florida-based political consulting firm called Insite Political. He happily did about $5,000 worth of work for Gingrich. He said in 2012, getting paid was akin to “going to war.”

“At first it was, ‘Well, they sent out the check, it went out in today’s mail.’ Then, ‘The check was pulled. You have to contact the campaign manager.’ He never returned any emails,” said Fournier. “Luckily, I saved every single document of the state committee people asking me for stuff.”

According to HuffPost, Gingrich launched 12 political organizations in D.C. Five were investigated by the Internal Revenue Service and the House Ethics Committee, and five closed with debts equaling more than $500,000.

Now, I’m not exactly sure what any of these vendors believed about the ethics of Gingrich and why he would do the right thing. Did they not understand his political history?

This is a guy who is a paid contributor to Fox News. He’s a Murdoch before Murdoch, Ailes before Ailes, and Reagan before Reagan-style evil. His legacy begins with his days in Congress and leads us directly to a Trump presidency and a Jan. 6 insurrection.

“The old order is dying,” he told writer McKay Coppins in an article titled The Man Who Broke Politics for The Atlantic. “Almost everywhere you have freedom, you have a very deep discontent that the system isn’t working.”

To which Coppins asked: “And that’s a good thing?”

Gingrich answered: “It’s essential,” he says, “if you want Western civilization to survive.”

He was 35 years old in 1978, after Watergate in 1972 and Nixon’s resignation in 1974 when Gingrich spoke with a group of College Republicans at a Holiday Inn near the Atlanta airport. What he said to them would set the stage for the kind of evil, amoral, dishonest, and unprincipled GOP politicians in office today.

“One of the great problems we have in the Republican Party is that we don’t encourage you to be nasty,” he told the group. “We encourage you to be neat, obedient, and loyal, and faithful, and all those Boy Scout words, which would be great around the campfire but are lousy in politics.”

For the GOP to win, they would have to “stop being so nice” and understand that politics is simply “war for power.”

Trump has been taking pages from Gingrich’s playbook from the time he ran to today—catchy name-calling, incendiary sound bites, painting Democrats as the reason for paralysis in D.C., and most important of all: Make that money!

Back to what I said about debt for Black Americans versus white: The Nation reported that the student loan debt of Black Americans is $7,400 more than that of white students, and that amount can triple years after graduation due to accrued interest—but also because of systemic racism.

Editor’s note: an earlier version listed an incorrect date for Watergate and was corrected.