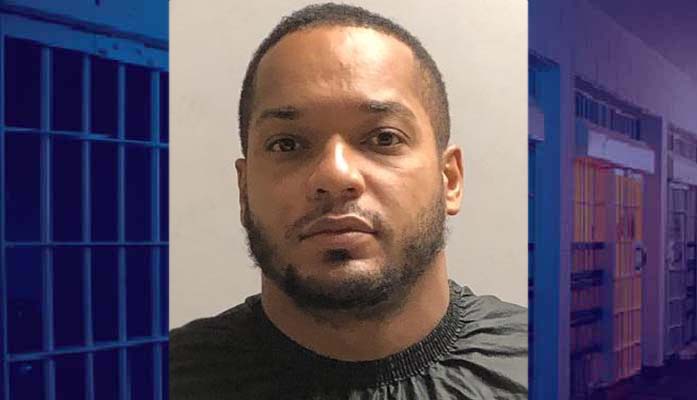 In 2014, three friends from New York were arrested in Cochise County for their part in what was described as the time as a major credit fraud operation. One of the three was even found with several fake driver’s licenses hidden in her underwear.

That woman, Greyslyn Rancier, would later be arrested on a warrant issued out of Cochise County as she was preparing to board an airplane at New York’s JFK airport for a flight to Dubai. She and her husband eventually pleaded guilty to various low level felonies and have already successfully completed terms of probation.

Now, the third man alleged to be part of the criminal enterprise has been arraigned after being extradited earlier this month from New York to Arizona on a nationwide arrest warrant.

Gernis Alexander Tavarez Encarnacion remains in the Cochise County jail in lieu of $100,000 bail on four felony offenses alleged to have occurred in 2014, including identity theft and control of a criminal enterprise. During his arraignment on Monday, the 33-year-old entered pleas of not guilty and was ordered to return to court July 25 for a pre-trial conference.

The story of Tavarez’s recent arrest tracks back to Sept. 10, 2014 when he was driving a rental car in which Greyslyn and Edward Rancier were riding. The rental agreement was in Edward Rancier’s name.

During a traffic stop, a deputy with the Cochise County Sheriff’s Office observed several high priced clothing and computer items which had been purchased at stores in the names of people that did not match the three occupants. The deputy also found numerous driver’s licenses in various names strewn in the car.

A short time later, another police officer discovered Greyslyn Rancier had 16 more licenses in her underwear.

The Ranciers and Tavarez were booked into the Cochise County jail that day but the cases were dismissed when the county attorney’s office did not file formal charges in a few days. The case was resurrected in 2018 by Deputy County Attorney Michael Powell who secured grand jury indictments and arrest warrants for the three.

After Greyslyn Rancier was arrested at the JFK Airport she notified Edward of the warrants. He flew to Arizona from Bronx, New York the next month and later pleaded guilty to a theft charge which was later set aside after Edward successfully completed a term of probation.

Greyslyn Rancier did not resolve her case until July 2019 when she pleaded guilty to three felonies. She too was placed on probation which she completed in August 2021.

Little reference was made about Tavarez in the Ranciers’ case files, but there were suggestions he returned to his native country of the Dominican Republic after the 2014 arrest.

Tavarez’s status as a fugitive ended May 28 when he had an encounter with the New Jersey State Police during which his 2018 Cochise County warrant popped up.