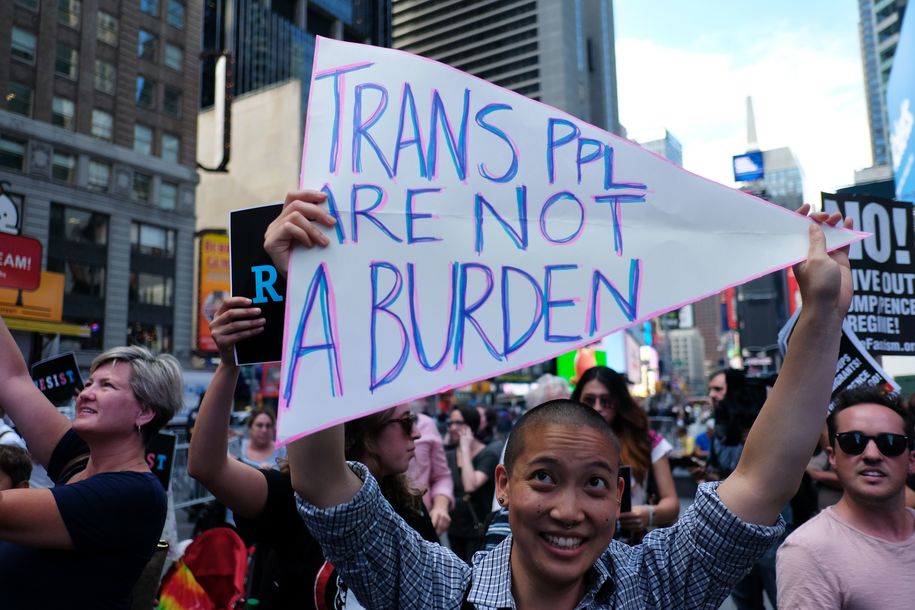 In practice, the bill offered broad autonomy to police in terms of who they arrested. For example, police could target women based on the clothes they wore and even where they stood on the street. Sound exaggerated? Sadly, it’s not. According to the lead sponsor of the bill, New York State Senator Brad Hoylman, police reports show that police have stopped people for wearing a skirt, waving at a car, and even standing on the street in a location outside of a bus stop or taxi stand. Basically, for daring to exist in public.

In a press release from the Legal Aid Society, the organization says it has represented women who were assumed to be loitering for sex because of what they were wearing. Some examples? Short dress, short skirt, high heels, black dress, and tight black pants. The statement also claims the organization represented women who were targeted while literally walking home from the subway or market. Again: For daring to exist as themselves in public.

“Once, my boyfriend and I were arrested under the penal code 240.37 for simply walking together and holding hands, and until this day I still carry the scars and fears of the interaction with the police and the unjust arrest,” recounted Norma Ureiro, a member of Make the Road New York, in the press release. “But today I am excited that we will be able to provide protection to future generations of transgender women, reduce the interactions with police and violence against trans women of color.”

On signing the bill, Cuomo said in part: “The ‘walking while trans’ policy is one example of the ugly undercurrents of injustices that transgender New Yorkers – especially those of color – face simply for walking down the street.”

We already know that transgender women—and particularly, transgender women of color—are disproportionately affected by gender-based violence. We also know that transgender women of color are disproportionately victims of police brutality. While changes on paper don’t necessarily translate to changes in lived experience (it will likely take more time and work to actually rid the carceral system of embedded transphobia, for example), every bit of protection available to our most marginalized communities is a big step in the right direction.