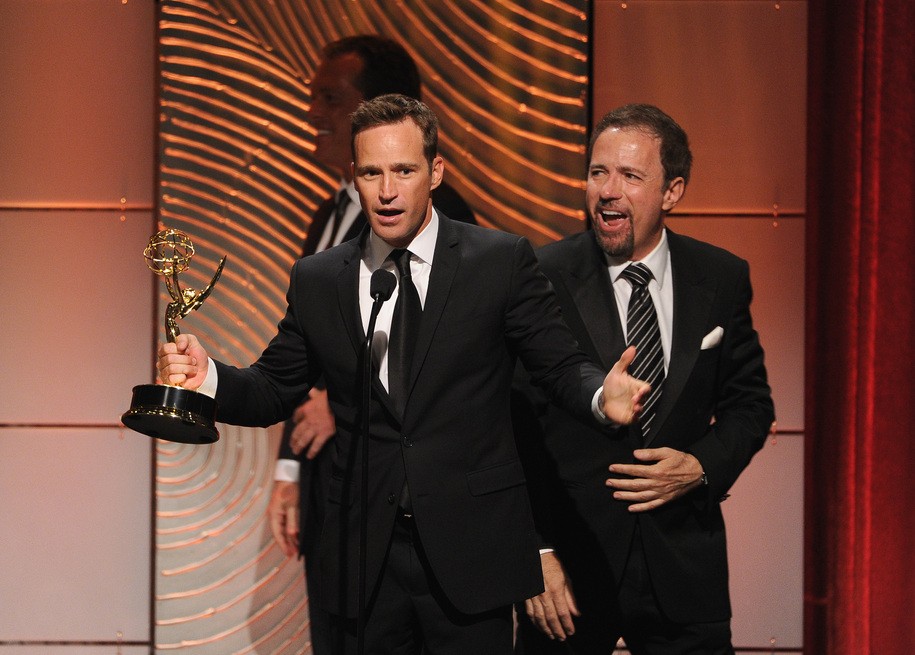 The Ringer reviewed all 41 episodes of the podcast before the recordings were pulled offline Tuesday. In one of the episodes, Richards allegedly claimed that one-piece swimsuits made women “look really frumpy and overweight.” He even encouraged co-host Beth Triffon to audition for Taiwanese roles because of her height and said, “Ixnay on the ose-nay … She’s not ew-Jay,” during a discussion about big noses. In another episode, he called Triffon a “booth ho” and “booth slut” after she spoke about working as a model at a trade show. Richards’ had no boundaries—he compared women’s Halloween costumes to prostitute outfits, commented on former female co-workers’ appearances, and mocked Triffon’s economic status.

But that’s not all: Outside of his comments about women, Richards also made disparaging remarks about Haiti. In an episode in which Triffon mentioned problems with her apartment, Richards reportedly said: “Does Beth live, like, in Haiti?”

“Doesn’t it sound like that?” Richards continued. “Like, the urine smell, the woman in the muumuu, the stray cats.”

According to The Ringer, the episodes were pulled shortly after the outlet asked Sony and Richards’ agent about the show. In response to the outlet’s inquiries, Sony claimed it was not aware of the podcast until the comments were brought forward.

“Even with the passage of time, it’s more than clear that my attempts to be funny and provocative were not acceptable, and I have removed the episodes,” he said in his apology statement. “My responsibilities today as a father, husband, and a public personality who speaks to many people through my role on television means I have substantial and serious obligations as a role model, and I intend to live up to them.”

The Ringer’s report, published Wednesday, follows other controversy surrounding Richards. According to Variety, Richards has been involved in multiple discrimination lawsuits as an executive producer on The Price Is Right.

While Richards denied any wrongdoing, the lawsuits alleged that he had mistreated female staff members, including constantly making insensitive remarks to a pregnant employee.

Additionally, a suit filed in 2010 by Brandi Cochran said that Richards insisted his input be taken into consideration for what show models should wear.

Richards decided that the models’ skirts should be shorter and said that he liked the models to look “as if they were going out on a date,” the suit said. “At his suggestion, models wore bikinis on the show more frequently.”

According to court records, his name was removed from at least two lawsuits before they were settled.

Additionally, fans have questioned how much influence he had in the host selection of Jeopardy! as executive producer of the show since May 2020.

According to The Washington Post, Richards began his career in television in 1977. Years later, after failing to replace Bob Barker as host of The Price Is Right, Richards was given a job as the show’s co-executive producer. He later worked on Let’s Make a Deal, and then moved on to become executive producer of both Wheel of Fortune and Jeopardy!.

Jeopardy! begins taping its new season with Richards as the host on Thursday.