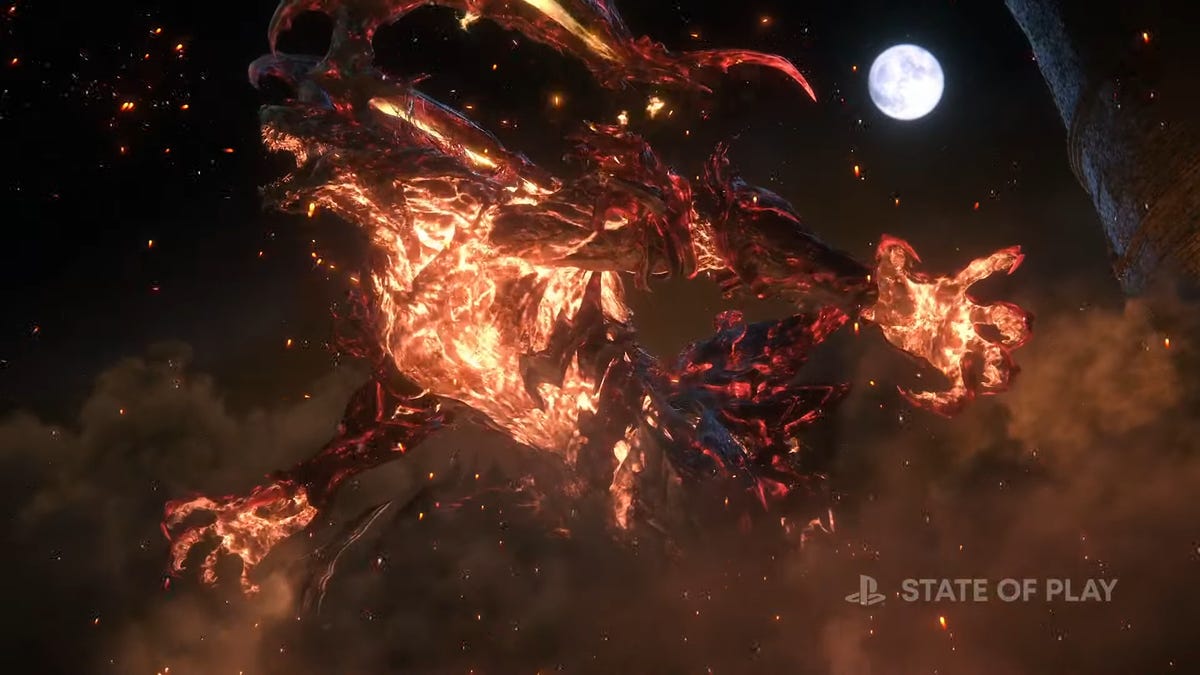 As a part of the PlayStation State of Play 2022, Square Enix showed off a gameplay trailer for the upcoming PS5 roleplaying game, Final Fantasy XVI. While the exact release date isn’t set, the game is currently slated to come out sometime in the summer of 2023.

The combat in FFXVI seems to occur in real time, and involves combat against giant creatures from the Final Fantasy series, such as Odin, Bahamut, and Ifrit. Presumably, these are the “Eikons” that have been mentioned in official materials prior to the event.

The reason that there hasn’t been much news of FFXVI is because development had been affected by complications from Covid-19. The team had been hampered by the transition to remote work, but the game was already in the polish stage of development.

FFXVI was announced for the PlayStation 5 on September 16 2020 as the next mainline title in the Final Fantasy series. The trailer showed a dark, gritty high fantasy world with real-time combat. FFXVI producer Naoki Yoshida was intentional about showing the actual game footage instead of solely rendered footage. According to former Kotaku writer Jason Schrier, his sources have stated that FFXVI had been in development for at least four years prior to its initial announcement. While fans speculated that Yoshida would be too busy working on Final Fantasy XIV at the same time, he debunked the rumor in an interview with the Japanese gaming magazine Famitsu.

Its official website launched a month later, showcasing more information on the game’s background lore. FFXVI takes place in the fantasy world of Valisthea, where prosperity is guaranteed by glittering magical mountains called the Mothercrystals. Superpowered humans called “Dominants” can control deadly monsters called the Eikons. So far, we only know about three main characters from FFXVI. Clive and Joshua Rosfield are brothers who come from a noble family of Dominants, while Jill Warrick was adopted by their family to end the conflict between warring nations. So far, six major nations have been mentioned in the new fantasy setting.

In July of last year, Yoshida went on a livestream to state that the game prioritized the English localization, and would be recorded in British English. FFXVI was not shown at this year’s E3 or Tokyo Game Show.

The official website currently lists FFXVI as a PlayStation 5 exclusive, though the initial trailer seemed to imply that the game is a timed exclusive.