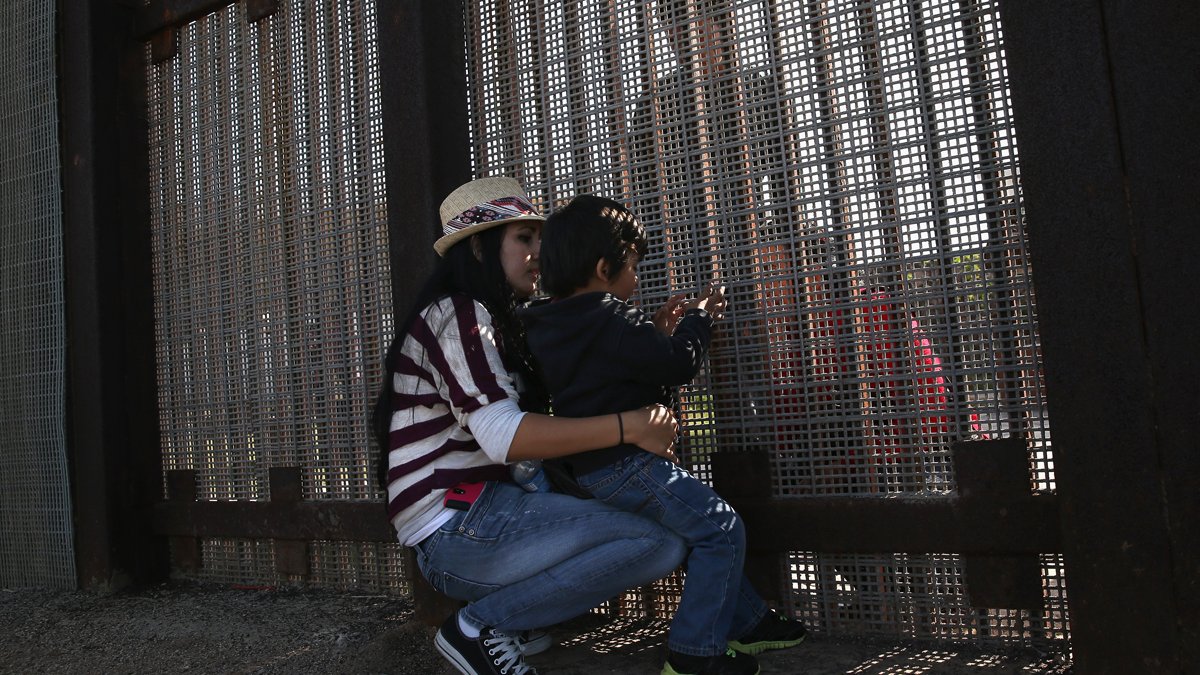 For decades Friendship Park in Imperial Beach has been a place considered sacred by many. Families come together at one of the few spaces along the U.S.-Mexico border where they can see and talk to each other through the fence, despite standing on the solid of two separate nations.

After the Department of Homeland Security revealed plans to restructure the border barrier near Friendship Park, tender time shared by loved ones could be running out.

“It is disappointing to know under President Biden there is more border wall being constructed,” Director of American Friends Service Committee Pedro Rios said.

Despite canceling all border wall construction at the beginning of President Biden’s term, the Secretary of Homeland Security just approved plans to build two new bollard-style, 30-foot high walls across the face of Friendship Park, according to Rios

The Assistant Chief of San Diego Border Patrol says the plans do not include a pedestrian gate like there is now, effectively ending the long-standing tradition of reuniting families during designated visiting hours.

“It’s a border wall that is taller, that will not provide a feature for public access and will decimate the legacy of Friendship Park, “ Rios said.

NBC 7 reached out to Homeland Security, and U.S. Customs and Border Protection. A spokesperson did not provide details about the new design but explained why the construction was necessary.

“The current primary barrier, which included a monument gate, was not properly treated to withstand the corrosion from the adjacent ocean before it was installed. It is no longer structurally sound and is falling apart, which presents risks to Border Patrol agents, community members, and migrants,” a statement from a CBP spokesperson read in part.

Rios says construction on the two new barriers could start in just a couple of weeks but hopes it’s not too late to change plans.

For the second year in a row, the United States is selling water to Nogales, Sonora, as the region grapples with a severe drought.

“We want to make sure the public is aware of this, that they also have a say and provide their ideas of why Friendship Park should remain open,“ Rios said.

Friendship Park was closed in March of 2021 because of the pandemic. The CBP spokesperson also said the current secondary barrier was partially removed during this period. It’s been temporarily repaired but is not structurally sound and remains a safety risk.