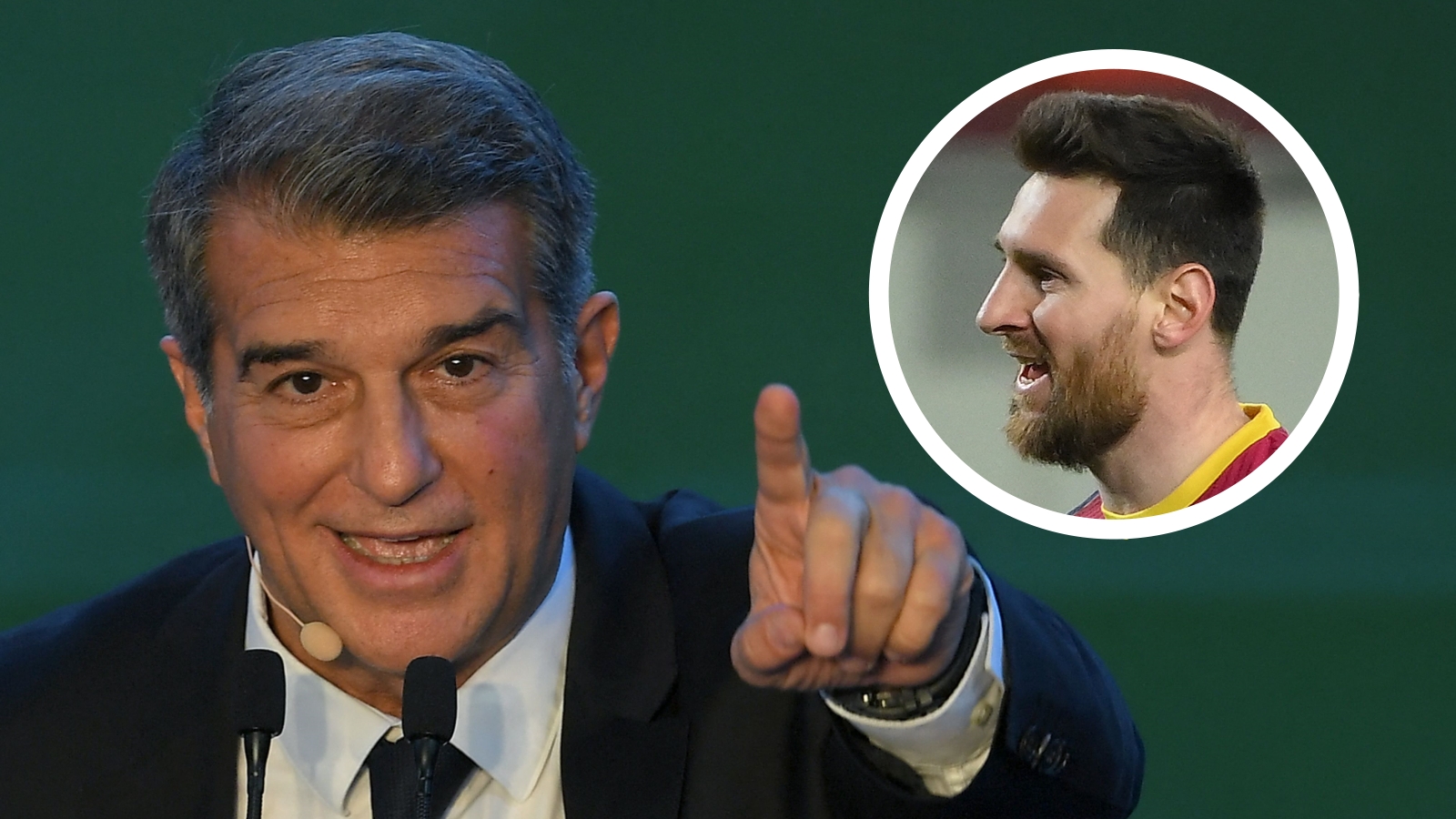 New Barcelona president Joan Laporta made a direct plea to Lionel Messi to stay at Camp Nou as he celebrated his inauguration at the Blaugrana helm.

Laporta was sworn into office on Wednesday after winning club elections in a landslide, 11 years after leaving the post for the first time in 2010.

And predictably, the Argentine figured prominently in his opening speech to members at a time where his future at Barcelona is less than clear.

Laporta and Messi, who were both part of Barca’s golden age in the first decade of the 21st century, were pictured embracing prior to the new president’s speech.

And a significant part of the address was aimed directly at the six-time Ballon d’Or winner, who last summer demanded predecessor Josep Bartomeu let him leave.

“In our first spell we had the best players in Barca history, but if we were successful it was because we had stability,” Laporta explained.

“It is Barcelona’s unity which gives you stability and I invite everyone at Barcelona to think about what they can do for Barca.

“I am here to make decisions, like convincing Leo to carry on, taking advantage of the fact that he is here. He knows that.

“You know the affection I hold for you and we will do whatever it takes to keep you here. You know you cannot leave, Leo.

“We will not be able to do it alone. As our anthem says, we are strong all together. More so in these most difficult times. We know how to do it.

“When the pandemic is over our revenue will return. That will be fixed. There will be strong leadership, because I am well-accompanied. We will make decisions. To defend the club you have to live and breathe it and we do that as much as possible.”

Will he stay or will he go?

Ensuring Messi’s continuity figured highly in the campaign promises of almost all of the major candidates to succeed Bartomeu, who stepped down at the end of 2020 amid fierce criticism of his administration, not least over his handling of Messi.

Laporta, though, due to his prior link with the Argentine, placed special emphasis on keeping him amid reports he could leave the club which has been his home since he was 13.

Manchester City and Paris Saint-Germain are considered the front-runners for Messi’s signature, numbering as they do among the few sides who could match his astronomical wages.

But recent speculation suggests that there is still a chance he could stay put, with the prospect of City star and Messi’s close friend Sergio Aguero thought by some, including ex-Argentina defender Pablo Zabaleta, to be key in his final decision.