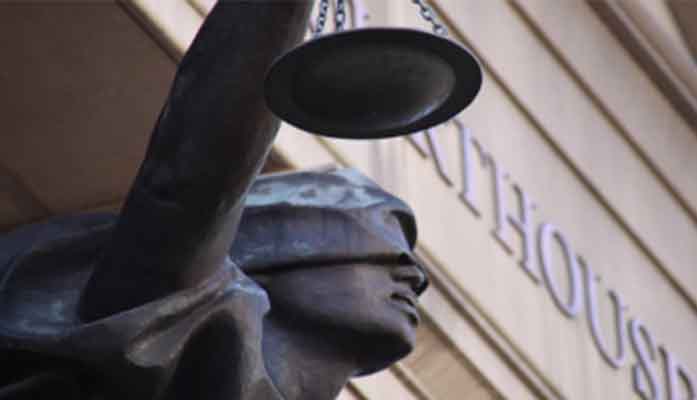 A federal jury on Monday, found John Milton Lee, 62, of Las Vegas, Nevada, guilty of smuggling goods from the United States and impeding and threatening a federal officer.

According to the evidence presented at trial, Lee traveled from Arizona to Mexico on November 1, 2019, but Mexican authorities returned him to the port almost immediately. When Lee returned to the Lukeville Port of Entry, he refused to provide identification. At secondary inspection, Lee would not exit his vehicle and refused inspection. Instead, Lee told U.S. Customs and Border Protection (CBP) officers that they could not touch him or anything in his vehicle. Lee then reached into his jacket and threatened the officers that he “didn’t want it to go there.” Although Lee never pulled out a gun, officers could see the handle of the firearm in his jacket. Over the next hour, Lee engaged in an armed standoff with five CBP officers. The officers eventually convinced Lee to exit his vehicle, but he still refused to surrender. After continued unsuccessful negotiation, one of the officers tased Lee. Officers confirmed then that Lee had been holding a loaded handgun with a round in the chamber, the safety off, and the hammer cocked. When officers searched Lee, they also found three loaded 30-round rifle magazines.

In a subsequent search of Lee’s vehicle, officers discovered that an AR-type rifle had also been within his reach during the standoff. Officers seized three additional long arms, including an HK 91 and a Tavor (Israeli assault rifle), three additional handguns, nearly 2,000 rounds of ammunition, and 17 loaded magazines. All the firearms were loaded with a round in the chamber. In a post Miranda statement, Lee admitted that he had planned to take the firearms and ammunition to Guatemala.