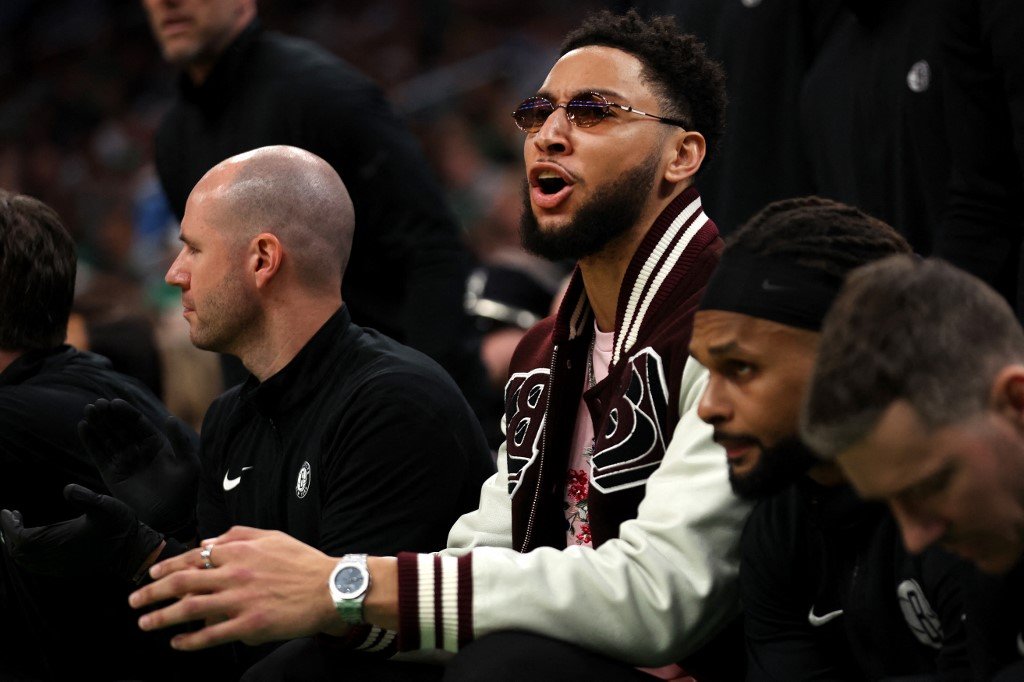 Ben Simmons #10 of the Brooklyn Nets sits on the bench during the first quarter of Round 1 Game 1 of the 2022 NBA Eastern Conference Playoffs against the Boston Celtics at TD Garden on April 17, 2022 in Boston, Massachusetts. Maddie Meyer/Getty Images/AFP

While some in the Brooklyn front office are “exasperated” by Ben Simmons opting out of Game 4, Nets head coach Steve Nash barely raised an eyebrow.

Simmons said last week he was targeting Game 4 against the Boston Celtics for his season debut. Soreness in his back over the weekend changed those plans, and increased the likelihood the former No. 1 pick and All-Star acquired from the Philadelphia 76ers will span a full calendar year without playing in an NBA game.

Per ESPN, Simmons had been pain-free for 10 consecutive days but felt pain in his back on Sunday and informed the team.

ESPN reported Monday that Nets officials are “exasperated” by the situation with the season on the line. The Celtics went on to sweep the Nets in the first round following a 116-112 win in Game 4.

The Nets acquired Simmons, a three-time All-Star, in a Feb. 10 trade with Philadelphia that sent James Harden to the 76ers and brought Seth Curry, Andre Drummond and two first-round picks to Brooklyn.

But the prize piece in that swap for the Nets was expected to be Simmons. The 25-year-old has three years and $114 million remaining on his contract. The Nets originally thought Simmons would debut March 10 at Philadelphia. Those plans were scrapped because Simmons was unable to practice.

Before the trade, Simmons was fined $1.3 million for missing training camp.

He filed a grievance through the NBPA to recoup up to $20 million withheld by the 76ers. Philadelphia opted not to pay Simmons while he sat out under the premise he was in breach of his contract.