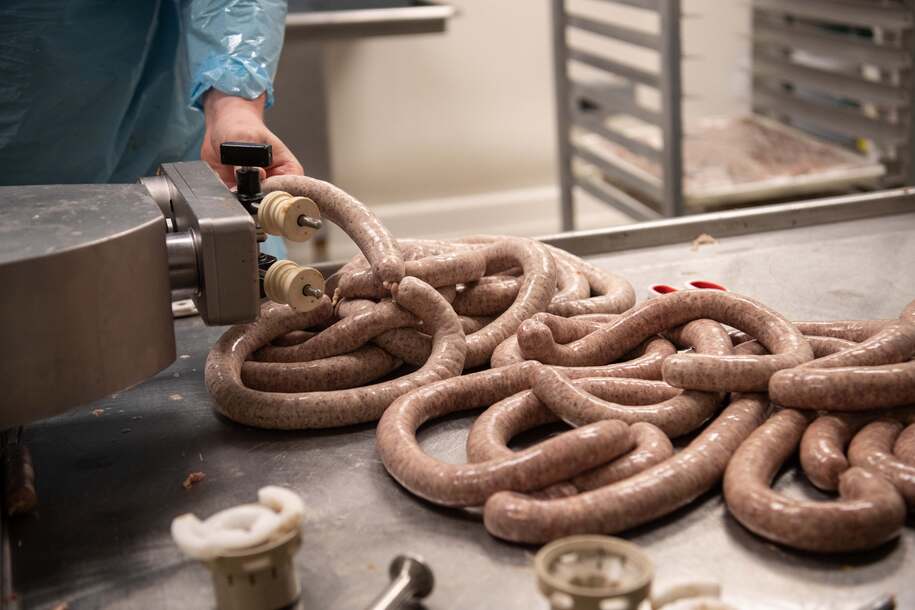 The pandemic has ravaged immigrant, Black, Native, and brown communities across the country. At the forefront of this painful health and economic crisis are thousands of essential workers. Many are undocumented people who already felt the cruel hardships of this system long before COVID-19 came.

Meat and poultry plant workers are among the hardest hit. At least 45,000 COVID-19 cases in the U.S. have been linked to these plants, along with over 200 deaths. As of November, between 6-8% of coronavirus cases in the country were linked to meatpacking plants, reflecting the vulnerability of workers, the deadly neglect of meatpacking corporations like Smithfield and Tyson, and the inevitable transmission to other community members. Nebraska alone has reported over 6,700 COVID-19 cases traced back to meatpacking plants, as well as 26 deaths. Data from the Migration Policy Institute shows undocumented people make up about 11% of the workforce at meatpacking plants in Nebraska.

Now, as the COVID-19 vaccine begins to roll out around the country, immigrant justice and workers’ rights advocates are speaking out about how crucial it is to prioritize access for essential undocumented workers. While Ricketts’ office has clarified that proof of U.S. citizenship isn’t required to get the vaccine, Castañeda said the harm has already been done.

Castañeda worries that Ricketts’ comments will continue to fuel a plague of misinformation that has installed deeply rooted fear in the undocumented community as they attempt to access health care in the state and across the country. Since the pandemic began, she said undocumented community members have even been scared to get tested for COVID-19 because they believed they had to show documents proving their “legal” status.

“I was talking to someone … who is undocumented and working at [a] plant … she was saying, ‘I want the vaccine to come out because I want people to start getting better. I know I may not get it until last, because in this country I don’t exist,’” Castañeda said. “The last four years especially have been difficult for people. They think they can be detained or deported for anything. It’s harmful when you have someone in a position of power toying with people’s livelihoods.” She said she’s worried about the possibility of workers and community members being reinfected. “A vaccine is all the more urgent at this point.”

Testimonies of meatpacking workers echo a sense of desolation as they describe the dangerous and exploitative conditions they’ve been forced to work in throughout the pandemic. During a virtual press conference earlier this month held by Nebraska state Sen. Tony Vargas, the advocacy group Nebraska Appleseed, and other organizers, an advocate shared the words of some of Nebraska’s meatpacking workers, who have continuously expressed fear of retaliation if they speak up publicly.

“There’s no distancing. We have no chance to wash our hands … that’s why I’ve been infected. I’ve been sick. Not just me. A coworker friend of mine, he died from coronavirus,” said the testimony as read by Darcy Tromanhauser of Nebraska Appleseed during the Jan. 11 press conference. “At the beginning, the company tried to do something but now it’s different. They don’t really care about it. The people are crowded together all the time in groups coming in to work … out in the areas where we’re working. A lot of people are sick. I know the coronavirus is not a joke. And our bosses, they try all the time to intimidate [us]. Now I think, what if I die? I have kids. I want the company to do something.”

Another meatpacking worker statement read, “Many people died, including seven of my own co-workers. Disability benefits were delayed for months, and as a consequence I didn’t have income until I returned to work. Company nurses pressured us to return to work as quickly as possible, and before we were fully recovered. Line speeds have been significantly increased. Meanwhile we continue to work under-staffed … I feel sick and I feel used. I’ve been with the company for years, and I feel betrayed.”

The constant fear of contracting the coronavirus is met by the pain of losing community members. Castañeda said immigrant communities in Nebraska, much like other parts of the country, have for decades built comfort and solidarity with one other. When someone passes, the grief is felt by many. “I went to school with some of their children. We’re in the same age group. It’s a small community,” she said.

Vargas, a Democrat, has introduced a bill that demands better protection for Nebraska’s meatpacking workers, including forcing employers to provide workers with paid sick leave and clean personal protective equipment, and requiring meat and poultry plant companies to be transparent about the number of COVID-19 cases reported. “It’s been nearly a year since the start of the pandemic. Despite many attempts … nothing has been done [to protect meatpacking workers],” Vargas said in the Jan. 11 virtual press conference. “The fear is that without direct, targeted, intentional action from elected leaders … the outcome will be more dire than we ever imagined.” The American Civil Liberties Union has also filed a lawsuit on behalf of Nebraska meatpacking workers against the company Noah’s Ark, which runs a beef processing plant in Hastings, for persistently refusing “to take obvious health precautions—physical distancing, adequate sick leave, testing, and clean masks—to protect its workers and the surrounding community.”

Castañeda reflected on the power of mutual aid and grassroots organizing as they continue to inform undocumented workers of their rights. She and other organizers expect to continue being vigilant protectors of community members as they hope to get the COVID-19 vaccine and other resources. “A lot of our parents have already contracted COVID. It continues to be personal, but it goes beyond our families and ourselves,” she said.“We have the responsibility to act.”

María Inés Taracena is a contributing writer covering workers’ rights at Prism. Originally from Guatemala, she’s currently a news producer at Democracy Now! in New York City focusing on Central America and asylum-seekers, among other stories.