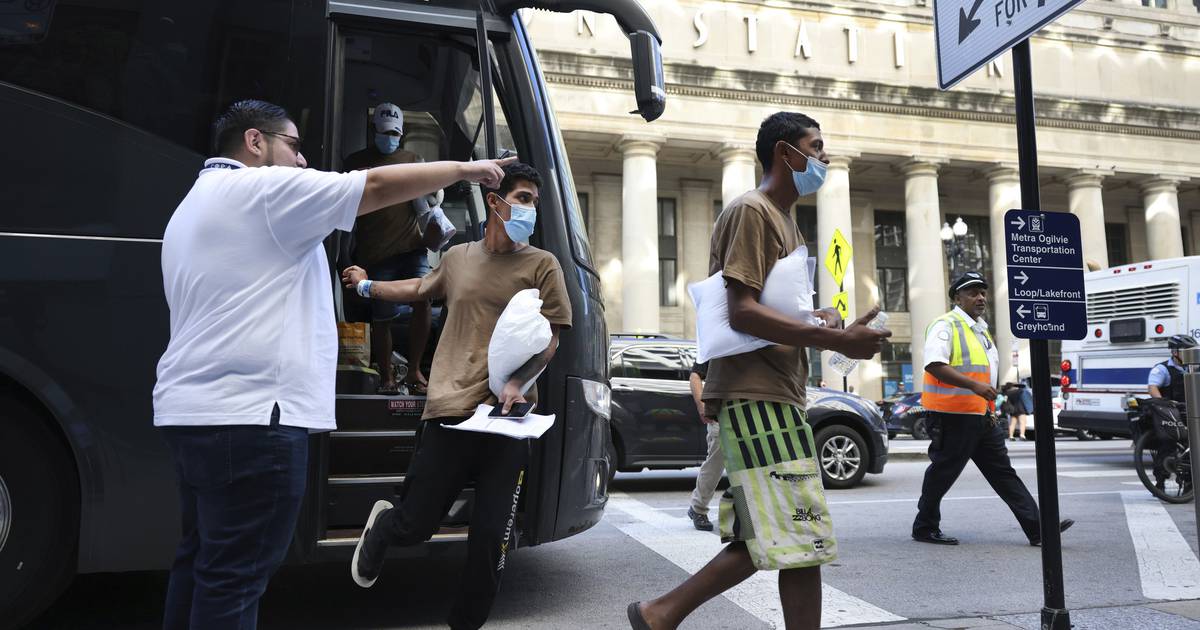 Nearly 1,500 migrants have arrived in Chicago from Texas as of Tuesday, city officials said.

The migrants have been bused to Chicago over the last several weeks as part of Texas Gov. Greg Abbott’s promise to send migrants to sanctuary cities as a way to criticize the nation’s immigration policies.

Joe Dutra, public affairs director with the city’s Department of Family and Support Services, said in a statement that as of Tuesday, Chicago has welcomed 1,452 migrants, which include individuals, families, children and infants.

Many have said they are from Cuba, Nicaragua and Venezuela.

[ More migrants from Texas arrive in Chicago, the fourth group of buses in less than two weeks ]

The migrants are arriving in buses as part of Abbott’s Operation Lone Star — an effort Abbott launched in response to rising border crossings, which he blames on President Joe Biden’s immigration policies. According to the busing policy, the rides from Texas to sanctuary cities like New York, Washington, D.C., and Chicago are free and voluntary.

Upon arrival here, migrants are given immediate shelter and support as well as in-depth case management and access to city, county, state and community-based organizations, Dutra said.

“Illinois is a welcoming state,” Dutra said. “We are committed to assisting each family and individual, providing human services with respect and dignity.”

The first busload of migrants arrived in Chicago on Aug. 31. Since then, buses with around 100 people would arrive every few days at Union Station or go straight to the suburbs, such as Burr Ridge and Elk Grove Village. From there, they have been taken to temporary housing at places such as the Salvation Army or local hotels.

Earlier this month, Gov. J.B. Pritzker signed a disaster proclamation to secure resources for the migrants bused to Illinois from Texas and deployed 75 National Guard members to assist with the logistics of receiving the migrants.

Also earlier in September, Republican governors escalated their practice of sending migrants without advance warning to Democratic strongholds, including the Washington, D.C., home of Vice President Kamala Harris and two flights to Martha’s Vineyard, the latter paid for by Florida, taunting leaders of immigrant-friendly cities and highlighting their opposition to the Biden administration’s policies.