NCAA: Arana powers Arellano past EAC for share of fifth 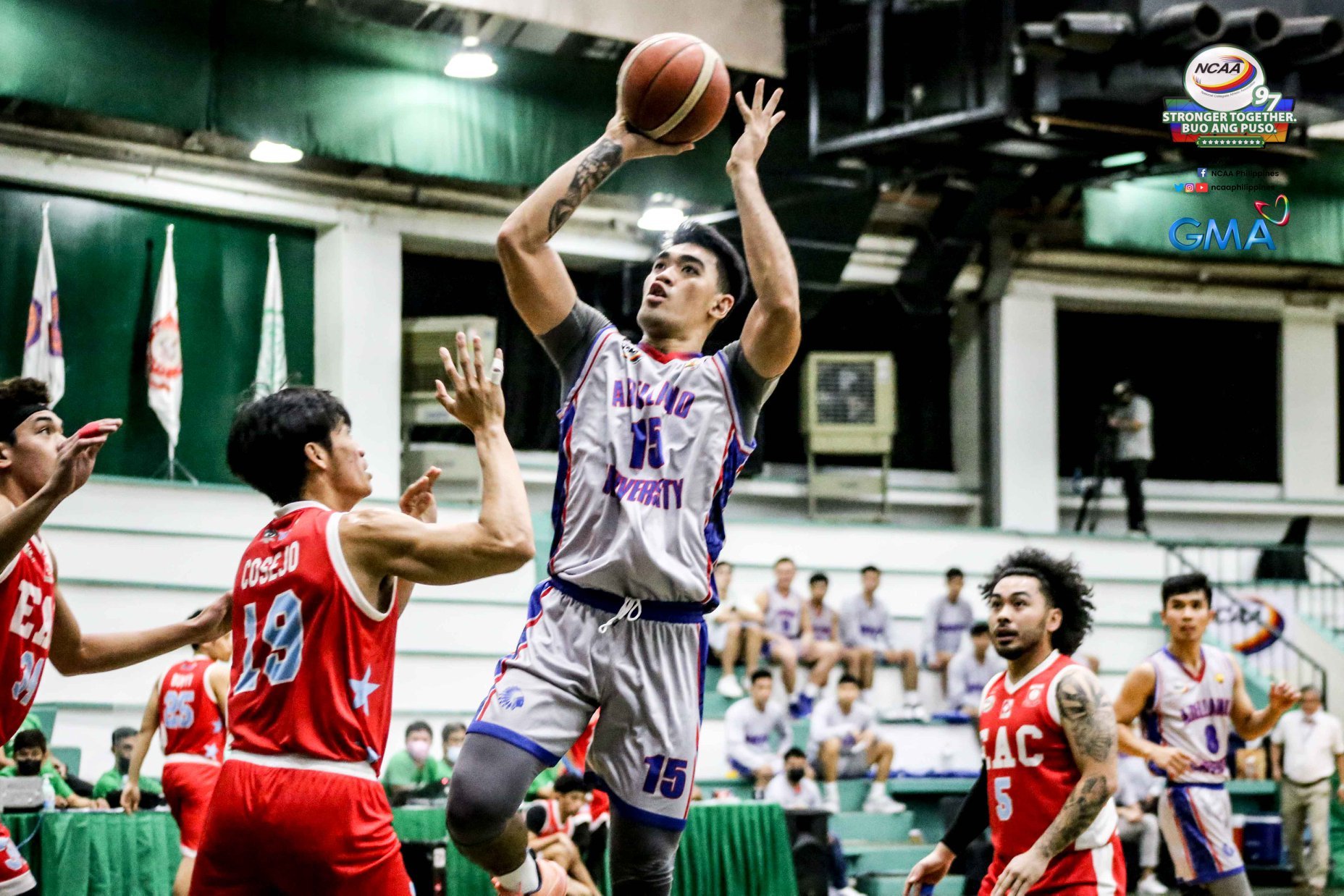 MANILA, Philippines—With their season on the line, the Arellano Chiefs simply roughed up the Emilio Aguinaldo College Generals, 70-55, that created a four-way traffic going into the play-in stage of the NCAA men’s basketball tournament.

Justin Arana overpowered just about everybody in the paint, barreling his way to 21 points and 18 rebounds plus three blocks as the Chiefs remained in the contention for a deep playoff run.

The Chiefs’ third win in eight games, however, forced a tie among the Generals, the San Sebastian Stags and the Perpetual Altas at fifth place.

Only two from among these teams will advance to the play-in depending on the outcome of their final games.

Jelo Sablan contributed 12 points and seven boards to the cause of the Altas, who pulled away early with a 20-point advantage in the second quarter and never looked back.

The Generals leaned on the hot-shooting Ralph Robin, who went three of eight from three-point range, and team captain Marwin Taywan’s snipings, but they couldn’t dig EAC out of a huge hole.

Teams ranked third to sixth will figure in the play-in phase after the single-round elimination to determine the two other Final Four qualifiers.