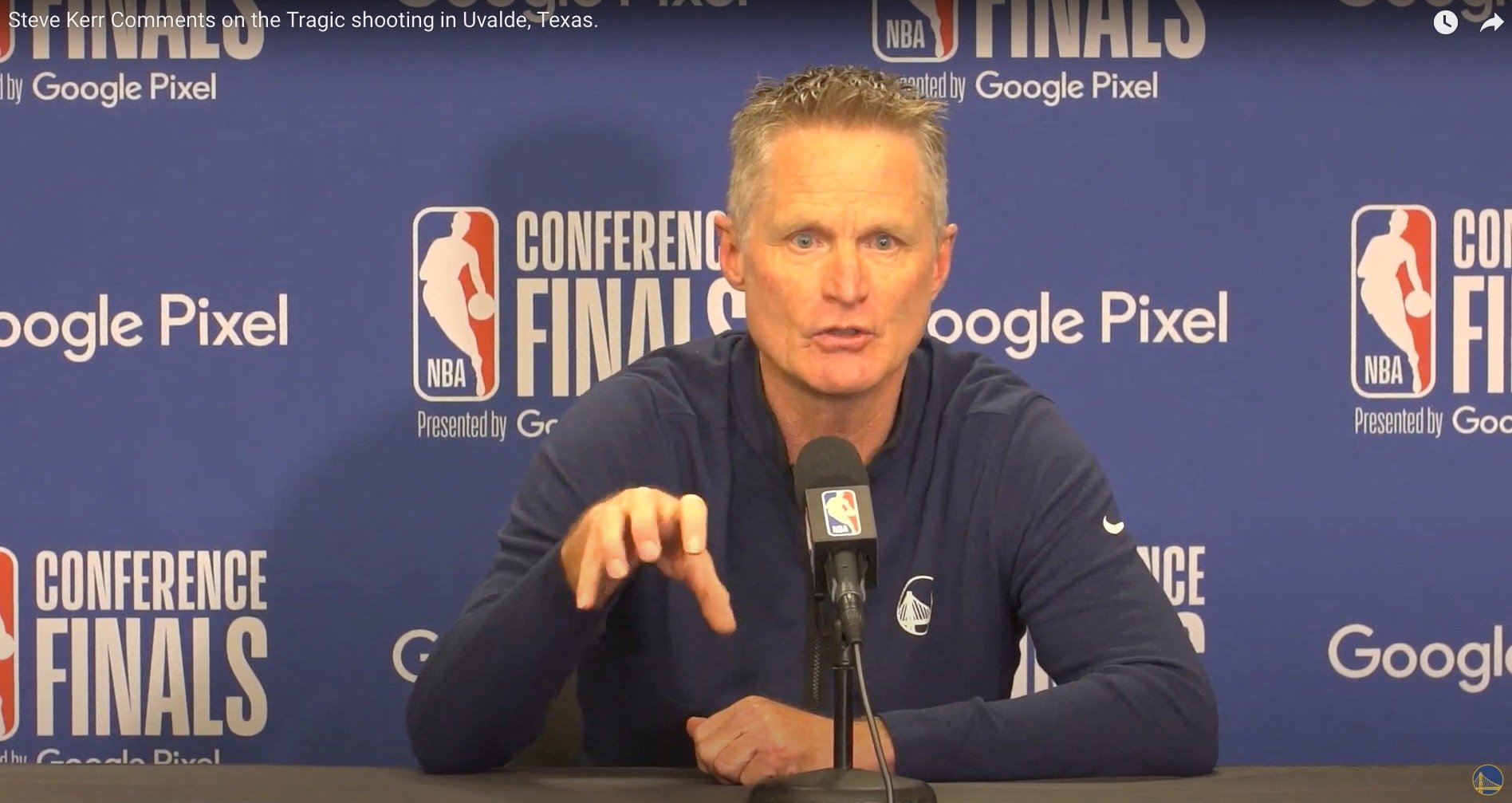 Golden State Warriors coach Steve Kerr refused to talk about basketball at a pre-game news conference on Tuesday and instead called for stricter gun control after the killing of at least 18 children and an adult in a Texas school shooting.

Authorities said an 18-year-old gunman opened fire at an elementary school in south Texas, about 80 miles (130 km) west of San Antonio, before he apparently was killed by police officers.

A visibly shaken Kerr, who has been an advocate of tighter gun laws, said he would not discuss the Warriors’ Eastern Conference finals game against the Dallas Mavericks.

“Now we have children murdered at school. When are we going to do something? I’m so tired of getting up here and offering condolences to the devastated families that are out there.”

Small, rural, often Republican-led states where gun ownership is widespread have disproportionate influence in the U.S. Senate, where a supermajority of 60 votes is needed to advance most legislation in the 100-seat chamber.

“We are being held hostage by 50 Senators in Washington who refuse to even put it to a vote, despite what we the American people want. They won’t vote on it because they want to hold on to their own power.”

“These are kids and we keep putting them in harms way at school,” he on Twitter. “Like seriously ‘AT SCHOOL’ where it’s suppose to be the safest!

“There simply has to be change!”