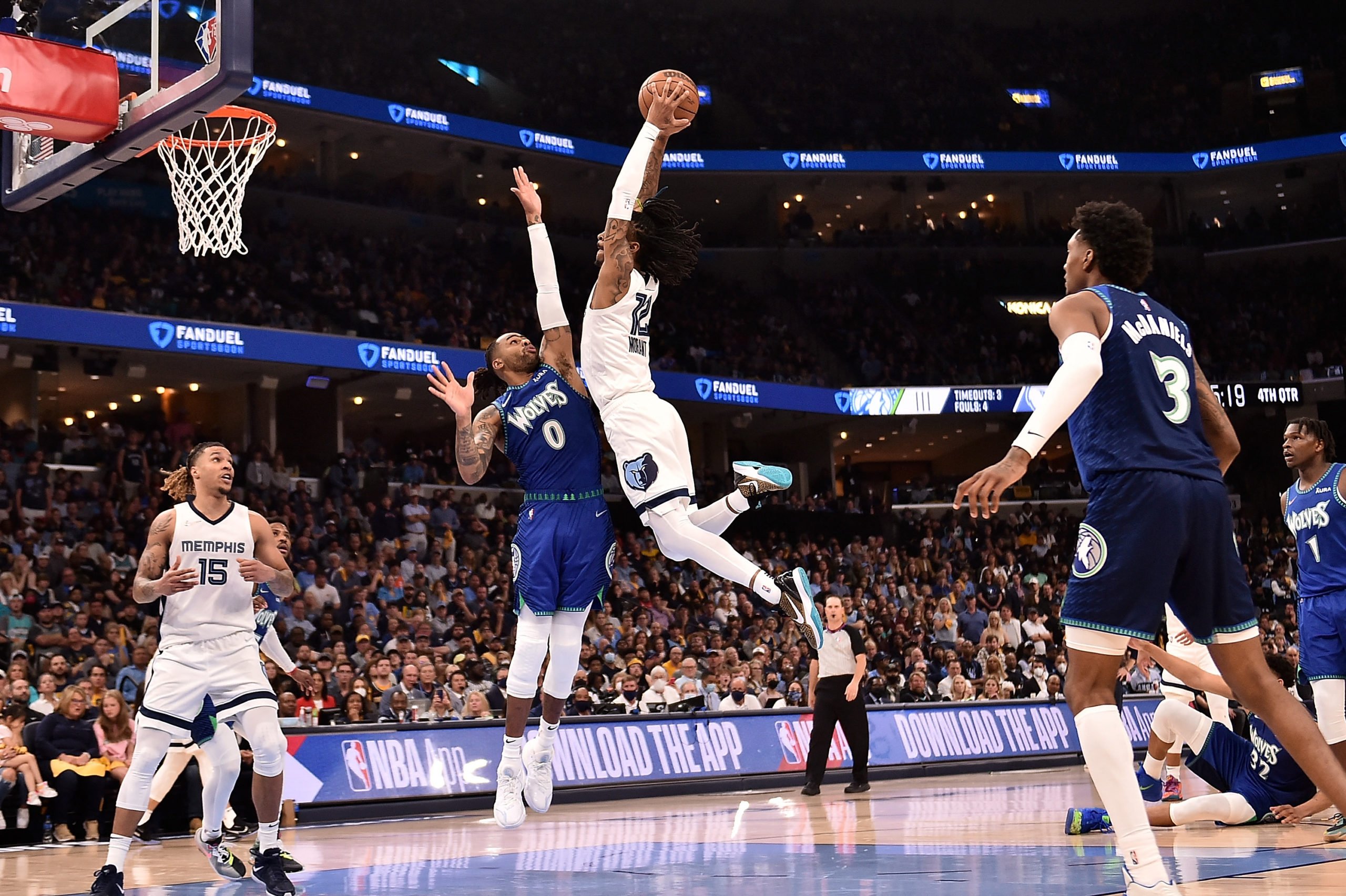 Ja Morant  of the Memphis Grizzlies dunks against D’Angelo Russell of the Minnesota Timberwolves during the second half of Game One of the Western Conference First Round at FedExForum on April 16, 2022 in Memphis, Tennessee.  (Getty Images via AFP)

SAN FRANCISCO –  Minnesota’s Anthony Edwards scored a game-high 36 points and Karl-Anthony Towns added 29 points and 13 rebounds as the Timberwolves defeated the Memphis Grizzlies 130-117 in a matchup of the NBA’s two top-scoring clubs this season.

Malik Beasley added 23 points off the bench for the T-Wolves, who are in the playoffs for only the second time since 2004 and they haven’t won a series in 18 years.

Ja Morant led Memphis with 32 points and eight assists and Dillon Brooks added 24 points for the Grizzlies, who haven’t won a playoff series since 2015 but matched a club record with 56 wins in the regular season.