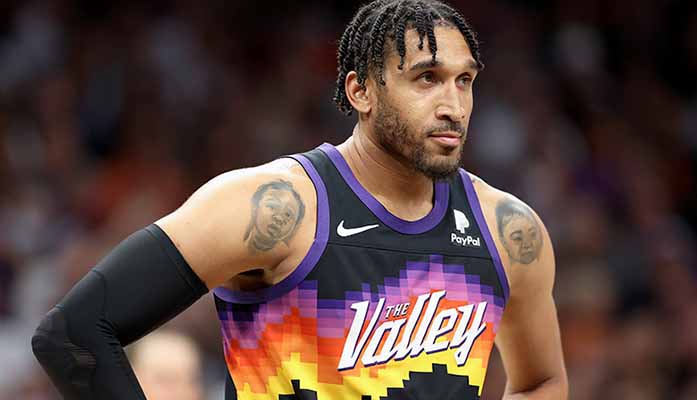 PHOENIX – With the NBA 2K23 Summer League in Vegas set to begin Thursday, the Phoenix Suns concluded their minicamp Tuesday. Phoenix will play its first of four scheduled games against the Lakers Friday at 7 p.m.

The Suns invited 18 players to the minicamp, including Ish Wainwright, the lone player from last season’s active roster. Wainright signed a two-way contract to start the 2021-22 NBA season. However, his contract was converted into a standard NBA deal midway through the season. Wainwright is not under contract for the 2022-23 season. However, his experience with the group over 45 games this previous season is expected to serve as a propellant to summer league success.

A particularly interesting wrinkle regarding this summer’s roster is the international representation on the roster. Of the 18 players on the minicamp roster, 15 have been born or played overseas.

“We were just talking about that in the locker room actually,” point guard McKinley Wright IV said Tuesday after practice. “About playing in China, Germany, Russia, we got players from all over. So it’s kind of crazy, to have so many different views of the game of basketball and how it’s played.”

Former Grand Canyon University center Asbjørn Midtgaard is among the 15, but he did not make the final summer league roster. The Denmark native averaged 14.2 ppg and 9.7 boards for the Antelopes.

Suns assistant Steve Scalzi will serve as Phoenix’s head coach for the summer league. Scalzi has a background as both an assistant and player development coach, experience that he feels uniquely equips him for this particular role. He even spoke about the learning curve of transitioning from an assistant to a head coach.

“I find myself leaning on my player development background and then on each of our guys who are filling out the coaching staff; they also have the development mindset,” Scalzi said. “We split up the guys on the roster to be more or less assigned to a coach. It’s not positional and about the right fit, personality, and other things.

“So I find myself when I’m watching the film to think about my individual conversations with each guy and then flipping that script to see what am I saying to the full group?”

As is the case every year during summer league, many players are looking to make a name for themselves to crack an NBA roster. Most opportunities fall to first-year rookies, undrafted free agents, and G League affiliate team members. After practice Tuesday, Louis King spoke to the “next up” mentality as it relates to earning a roster spot.

“I’ve been a grinder all my life,” King said. “I’ve been grinding since I got into the league. I’ve been doing this day in and day out. The approach is nothing new to me now. I feel like everyone has a journey and a path they take to get to where they deserve, so I just feel like mine hasn’t come yet, and I think the grind and work will always pay off.”

Outside of summer league, the Suns have had a very active offseason since NBA free agency started on June 30, which refueled the Deandre Ayton trade rumors. Devin Booker also just inked a hefty five-year super-max extension worth $224 million.

Aside from securing their franchise player, the Suns have made moves around the margin, re-signing last year’s center, Bismack Biyombo, recent NBA Champion, Damion Lee and signing free agent Josh Okogie. They also lost their main backup center in JaVale McGee after he secured a three-year deal from the Dallas Mavericks.

Two-time NBA champion Kevin Durant’s bombshell trade request was announced shortly before the start of the free agency period. ESPN’s Tim Bontemps reported that Durant’s preferred trade destinations would be the Phoenix Suns and the Miami Heat. Durant has four more years on his contract and averaged 29.9 ppg, 7.4 boards, and 6.8 assists with the Brooklyn Nets last season.