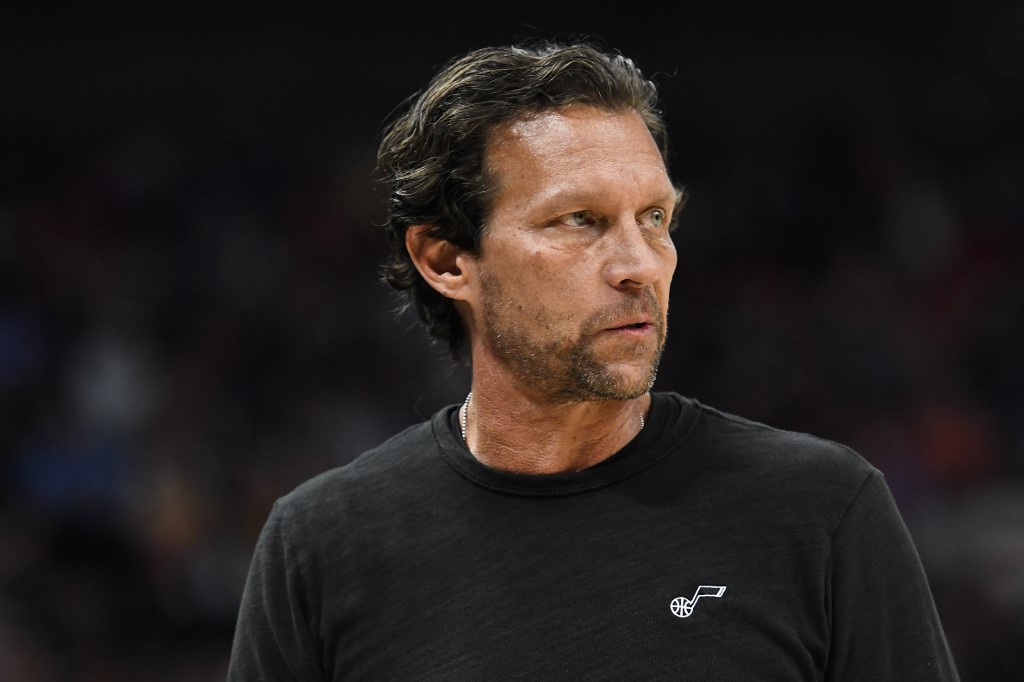 Head coach Quin Snyder of the Utah Jazz looks on during the second half of a game against the Phoenix Suns at Vivint Smart Home Arena on April 08, 2022 in Salt Lake City, Utah. Alex Goodlett/Getty Images/AFP

Quin Snyder resigned as coach of the NBA’s Utah Jazz after eight seasons on Sunday, reaching the playoffs in each of the past six years without advancing to the conference finals.

Snyder went 372-264 with the Jazz in the regular season and departs as the second-winningest head coach in club history, but Utah was a post-season disappointment despite playmaker Donovan Mitchell and three-time NBA Defensive Player of the Year Rudy Gobert.

“What drives me every day is our players and their passion for the game, their desire to constantly work to improve and their dedication to the team and the Jazz,” Snyder said in a statement announcing his departure.

“I strongly feel they need a new voice to continue to evolve. That’s it. No philosophical differences, no other reason. After eight years, I just feel it is time to move onward. I needed to take time to detach after the season and make sure this was the right decision.

The Jazz went an NBA-best 52-20 in the 2020-21 season, the best win percentage in team history, but Utah lost to the Los Angeles Clippers in the second round of the playoffs.

This past season, the Jazz went 49-33 and lost to Dallas in the first round of the playoffs.

“Quin Snyder has embodied what Jazz basketball is for the last eight years,” Jazz owner Ryan Smith said. “The tireless work ethic and attention to detail Quin displayed each day is a testament to the professional he is. I have nothing but admiration for Quin and respect his decision.”

Snyder, a 55-year-old American, had previously served as an assistant coach for the NBA’s Clippers, Philadelphia, Atlanta and the Los Angeles Lakers.

ESPN, citing unnamed sources, reported that Jazz All-Star guard Mitchell, who signed a maximum five-year contract extension with the Jazz in 2020, is “surprised and disappointed” as well as “unsettled” and unnerved” and wondering what Snyder’s departure means for the future of the Jazz.