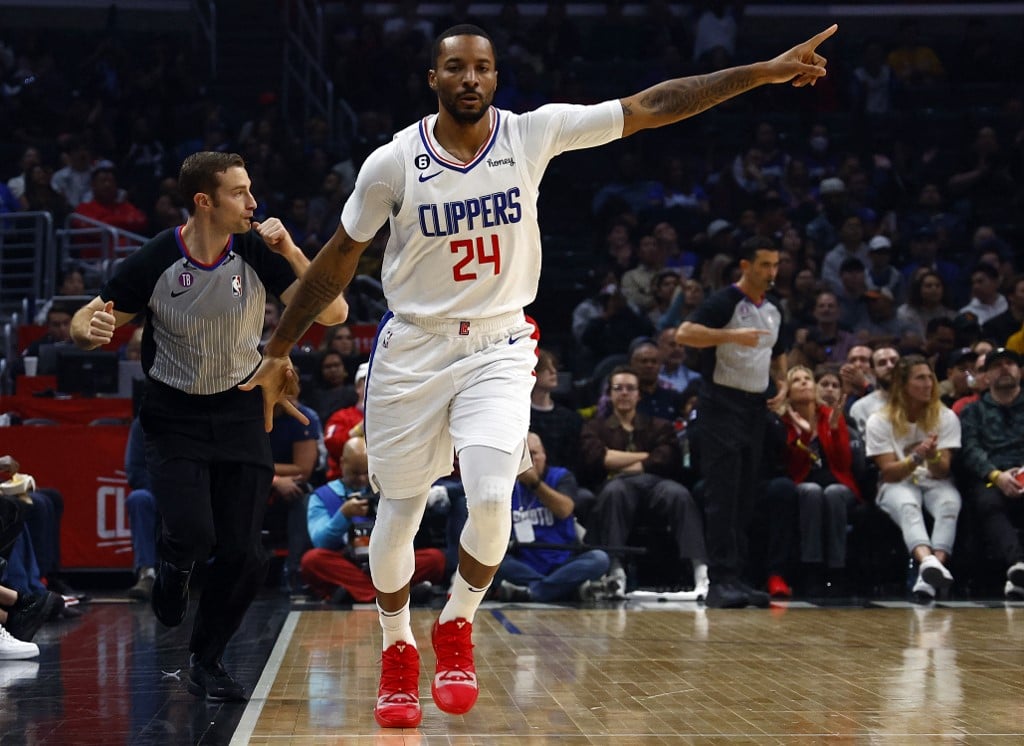 Norman Powell #24 of the LA Clippers celebrates a three-point shot against the Indiana Pacers in the first half at Crypto.com Arena on November 27, 2022 in Los Angeles, California. Ronald Martinez/Getty Images/AFP

Reserve Norman Powell scored 22 of his season-high 32 points in the fourth quarter to help the injury-ravaged Los Angeles Clippers rally to a 118-112 victory over the host Portland Trail Blazers on Tuesday night.

Reggie Jackson recorded 24 points and 12 assists and Robert Covington scored 15 points as the Clippers won for the fifth time in the past seven games.

Ivica Zubac contributed 12 points and 13 rebounds and Terance Mann had 11 points for Los Angeles, which trailed by 18 points in the third quarter.

Anfernee Simons matched his career high of nine 3-pointers while scoring 37 points for Portland. Jerami Grant scored 32 points before fouling out for the Trail Blazers, who lost for the fifth time in six games.

Batum knocked down a trey to give the Clippers a 111-110 edge with 2:37 left, and Portland never trailed again. Batum also blocked Simons’ shot with 31.3 seconds remaining when Los Angeles led by three.

Grant scored seven points in 53 seconds to help Portland open up a 72-57 lead with 8:59 left in the third quarter.

The Clippers controlled the rest of the contest and closed the quarter with a 11-4 flurry to trail 95-82 entering the final stanza.

Los Angeles remained hot in the fourth and Powell scored eight points during a 12-0 burst that knotted the score at 98 with 7:30 left.

Powell’s three-point play gave the Clippers a 101-100 lead with six minutes to go.

Powell’s 3-pointer with 3:37 to play tied the score at 108, and Los Angeles went on to complete the comeback victory.

Simons scored 19 first-half points on 7-of-8 shooting and the Trail Blazers held a 61-53 lead at the break. Covington and Mann scored 11 apiece in the half for the Clippers.