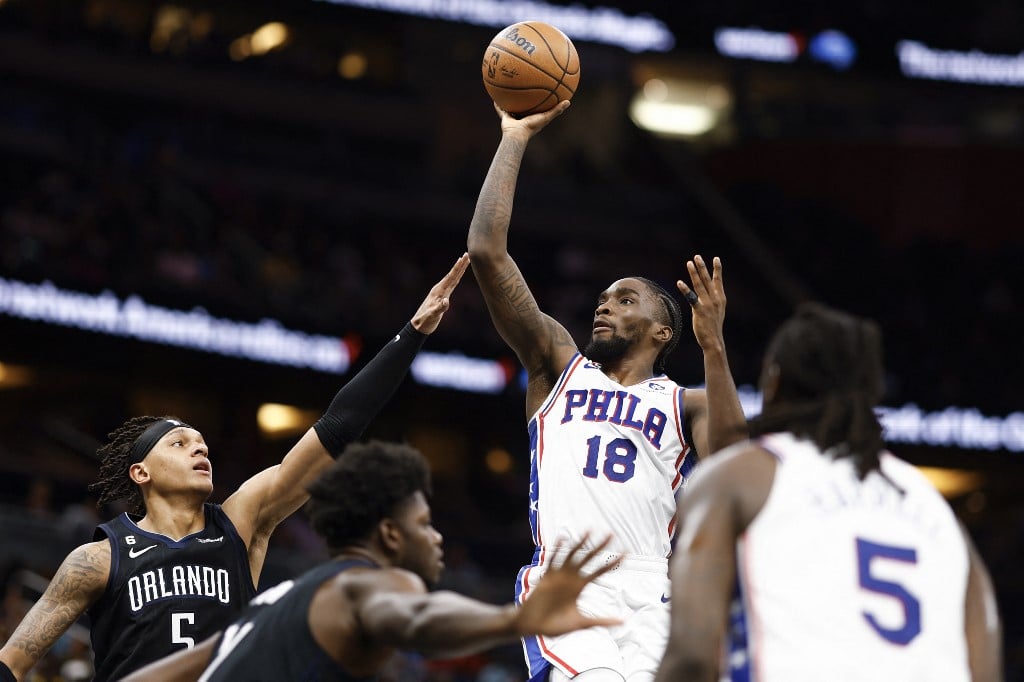 Shake Milton #18 of the Philadelphia 76ers looks to shoot the ball as Paolo Banchero #5 of the Orlando Magic defends during the second quarter at Amway Center on November 25, 2022 in Orlando, Florida. Douglas P. DeFelice/Getty Images/AFP

Shake Milton collected 24 points, 10 assists and nine rebounds and Tobias Harris added 23 points and 10 boards to lift the Philadelphia 76ers to a 107-99 victory over the host Orlando Magic on Friday in a battle of undermanned teams.

Georges Niang added 18 points off the bench and Montrezl Harrell added 14 points and eight rebounds as Philadelphia posted its fifth win in seven outings. The 76ers will look for a sweep of the two-game set in Orlando on Sunday night.

Franz Wagner scored 24 points and Bol Bol collected 18 points and eight rebounds for the Magic, who have lost five of their last six games.

Orlando star rookie Paolo Banchero scored 19 points in his return from a seven-game absence due to a sprained left ankle. The top overall pick of the 2022 NBA Draft made 8 of 11 foul shots while playing in his first game since Nov. 7.

Mo Bamba made a pair of free throws to trim Philadelphia’s lead to 96-91 with 5:46 to play before Harris sank an off-balance jumper in the lane. Milton followed with a long jumper and Niang drained a 3-pointer with 2:58 to play to provide the 76ers some breathing room.

Banchero made a pair of jumpers to stake Orlando to a 60-54 lead with exactly 10 minutes remaining in the third quarter before Philadelphia turned the tide. Milton made a pair of 3-pointers to highlight a 10-0 surge by the 76ers.