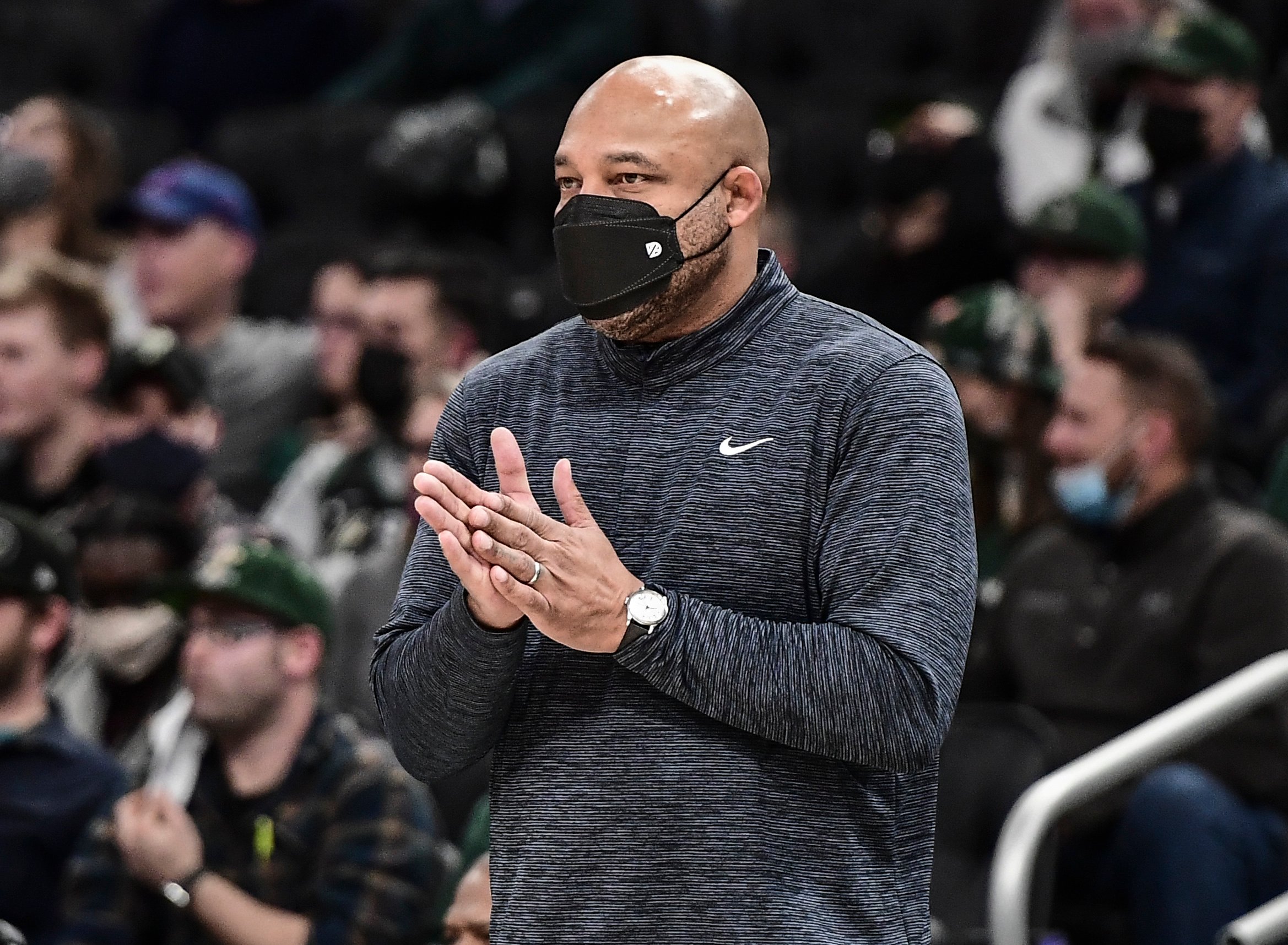 Milwaukee Bucks’ acting head coach Darvin Ham calls a play in the first quarter during the game against the Toronto Raptors at Fiserv Forum in January 2022. (Benny Sieu-USA TODAY Sports)

The Los Angeles Lakers have signed Darvin Ham as their new head coach on a multi-year contract, the NBA franchise said on Friday.

Ham, 48, replaces Frank Vogel who led the Lakers to the 2020 championship but failed to guide them to the playoffs this season.

Ham has no experience as a head coach but was an assistant coach with the Lakers (2011-2013) before taking up the same role with the Atlanta Hawks and the Milwaukee Bucks, with whom he won the 2021 championship.

“When someone begins his NBA coaching career at the G League level and goes all the way through playing an integral role on the front bench of an NBA Championship team, it really speaks to a certain strength of character,” Lakers’ General Manager Rob Pelinka said in a statement.

“Our players and fans will immediately identify with Darvin’s no-nonsense and hard-working approach, which we feel will bring toughness and a competitive edge to all we do.”

The Lakers failed to qualify for the playoffs with a 33-49 record in a season marred by injuries to All Stars Lebron James and Anthony Davis, who played only 56 and 40 games, respectively, in the 82-game regular season.

As a player, Ham played for several teams in an eight-year career and he was a member of the Detroit Pistons squad that won the 2004 championship.

Wimbledon open for business, not quite as usual