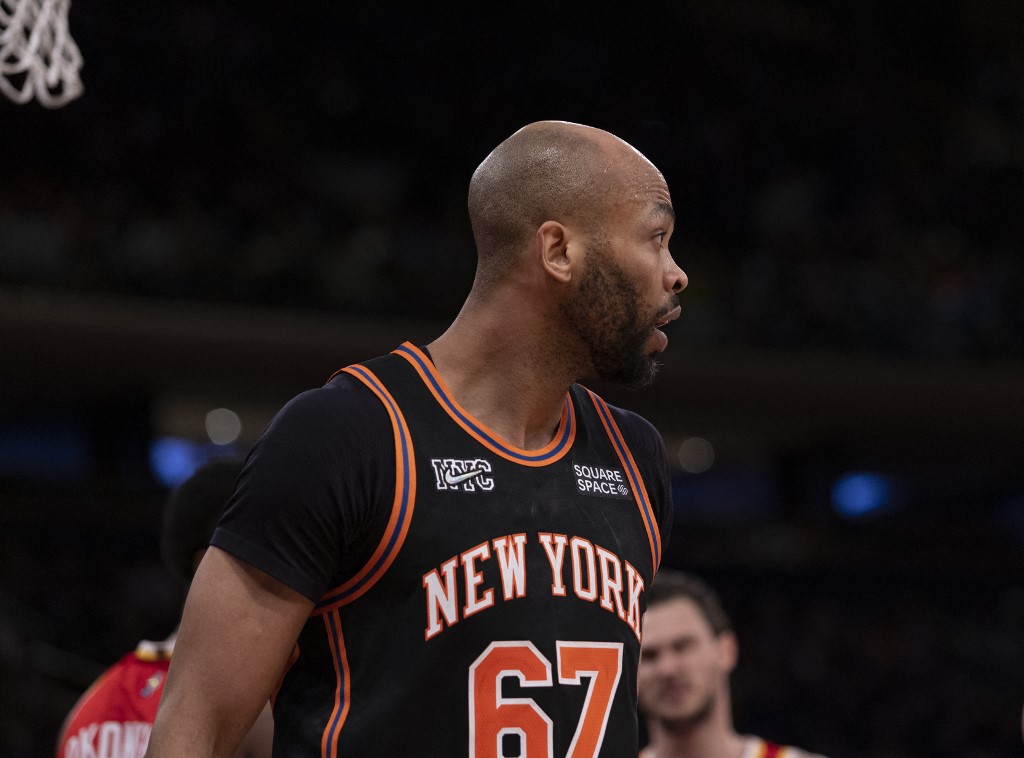 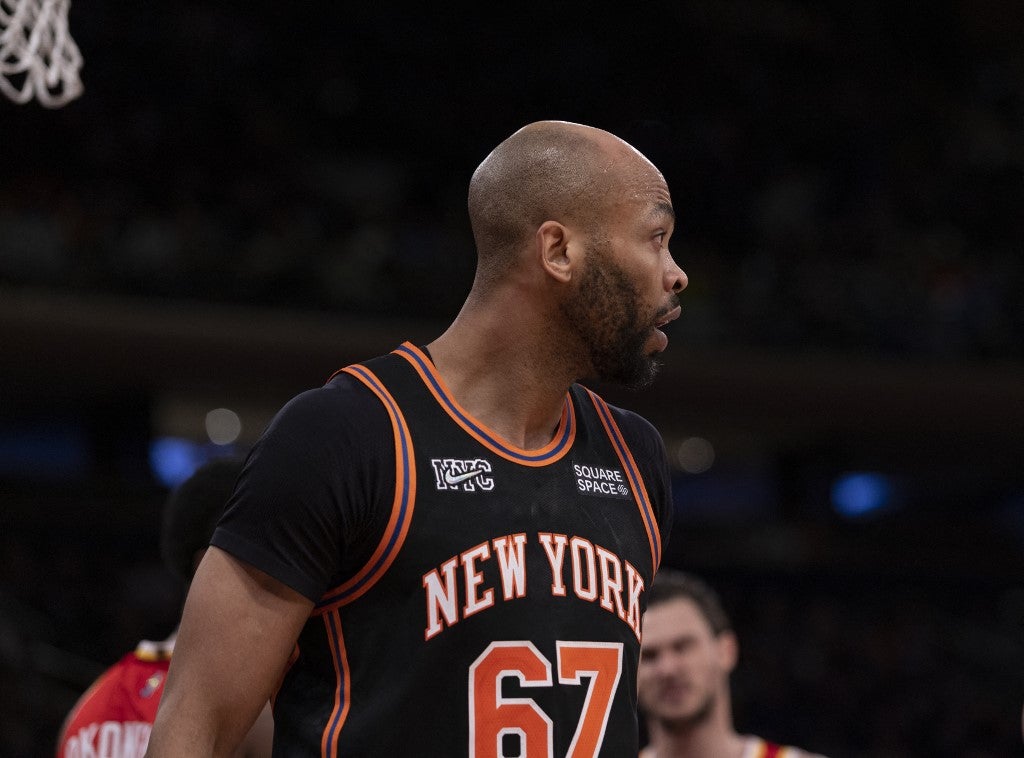 Taj Gibson #67 of the New York Knicks reacts during the game against the Atlanta Hawks at Madison Square Garden on March 22, 2022 in New York City. Michelle Farsi/Getty Images/AFP