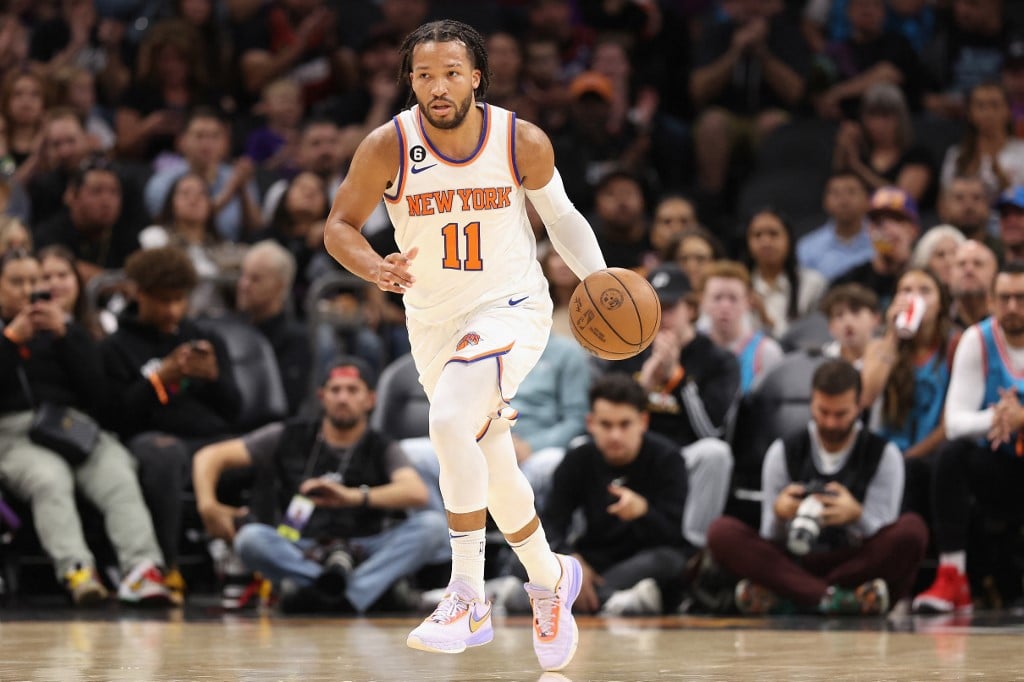 Jalen Brunson #11 of the New York Knicks handles the ball during the first half of the NBA game at Footprint Center on November 20, 2022 in Phoenix, Arizona. Christian Petersen/Getty Images/AFP

Jalen Brunson scored 23 points and Julius Randle had 18 points and eight rebounds as the New York Knicks snapped a five-game home losing streak with a 92-81 win over the Cleveland Cavaliers on Sunday.

RJ Barrett had 15 points for New York, which led wire-to-wire for its first home win since Nov. 11. Immanuel Quickley scored 12 points, and Isaiah Hartenstein had 10 points and nine rebounds.

Donovan Mitchell led Cleveland with 23 points and Darius Garland added 17, while Evan Mobley tallied 11 points and 10 rebounds. Cedi Osman had 10 points for the Cavaliers, who shot 34.9 percent from the field and 8 of 35 (22.9 percent) from 3-point range.

New York led by as many as 18 in the first half and held an 84-71 advantage with seven minutes remaining. Mitchell scored with 2:10 left to cut the deficit to five before the Knicks regained control with six straight points.

Mitchell Robinson had a game-high 13 rebounds for the Knicks, who won despite shooting just 5 of 29 (17.2 percent) from beyond the arc.

New York opened with a strong start for the second straight game and led 23-16 after limiting Cleveland to 6 of 23 (26.1 percent) shooting in the first quarter.

The Knicks blew a 15-point lead in Saturday’s 121-100 loss to the Dallas Mavericks and struggled to protect an early lead again one day later.

New York led 37-19 midway through the second quarter before Cleveland closed the half on a 24-9 run to pull within 46-43 at the break.

Brunson had 15 points in the first half to lead all scorers. The teams shot a combined 7 of 37 (18.9 percent) from 3-point range in the opening half.

The choppy game had a total of 13 traveling violations called by the officials, which marks a season high for the league.